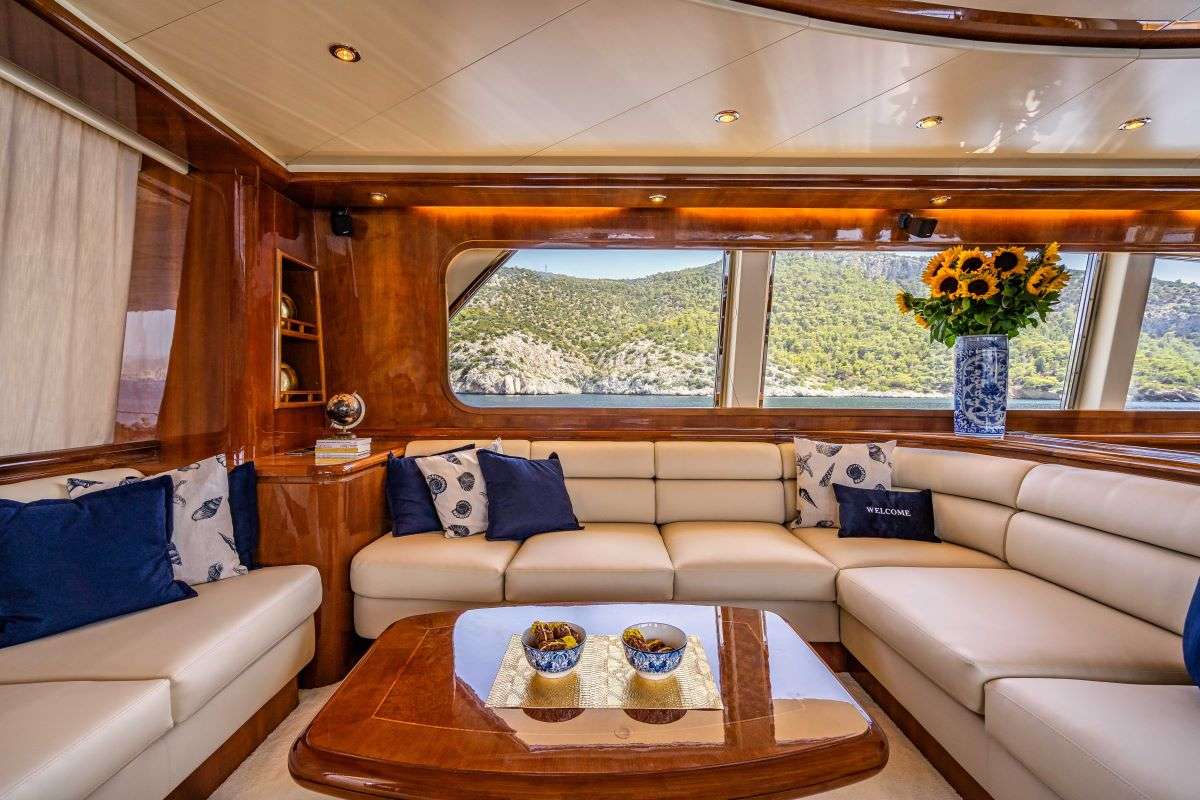 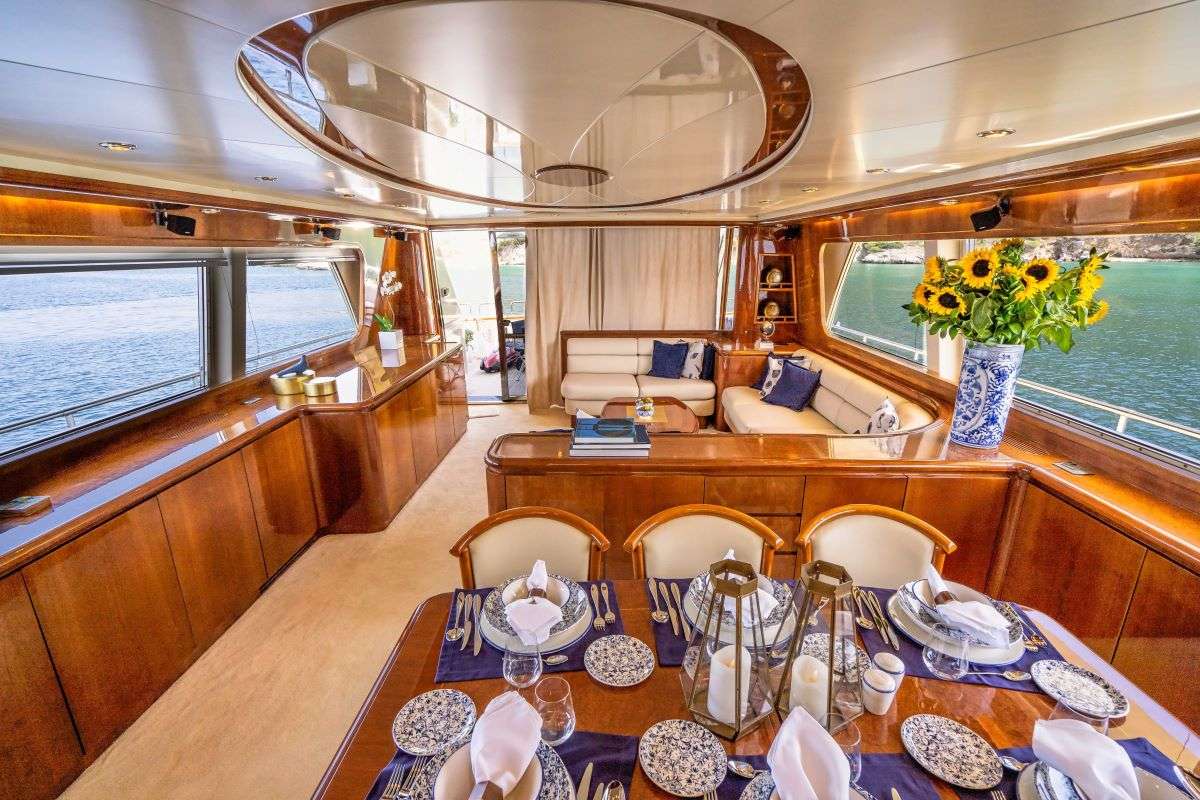 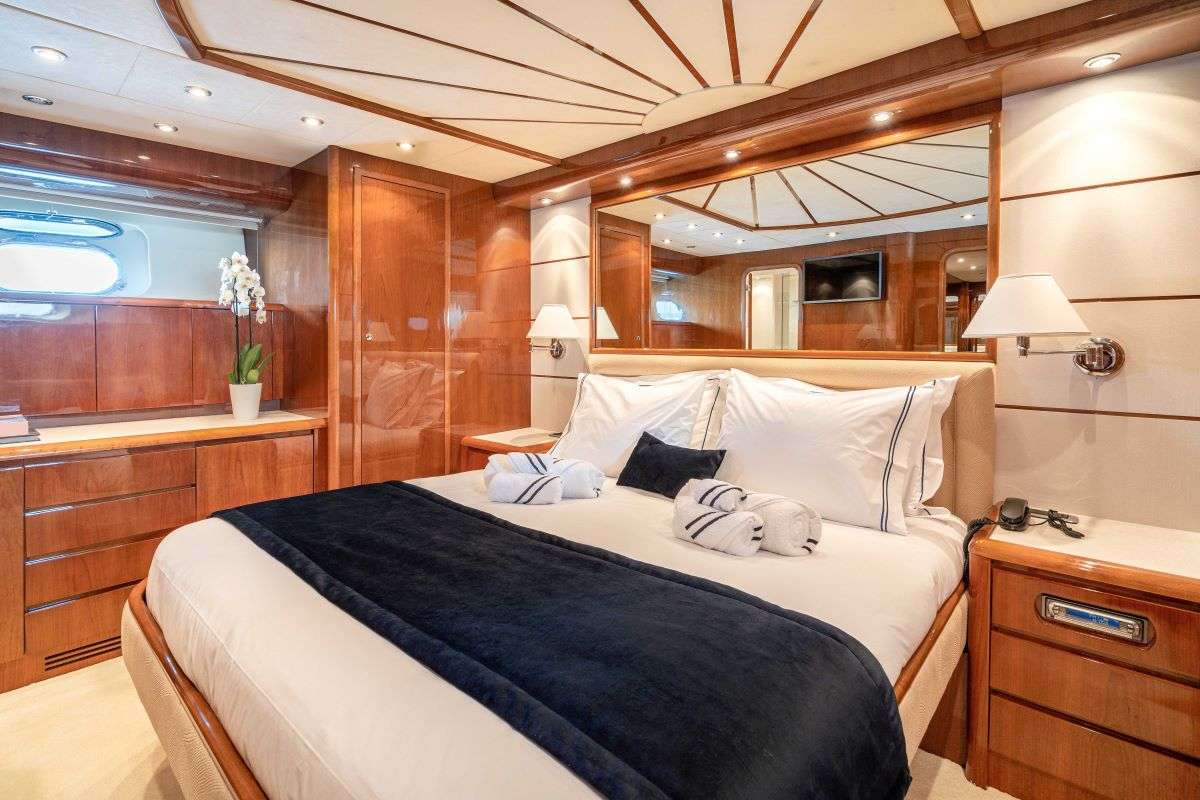 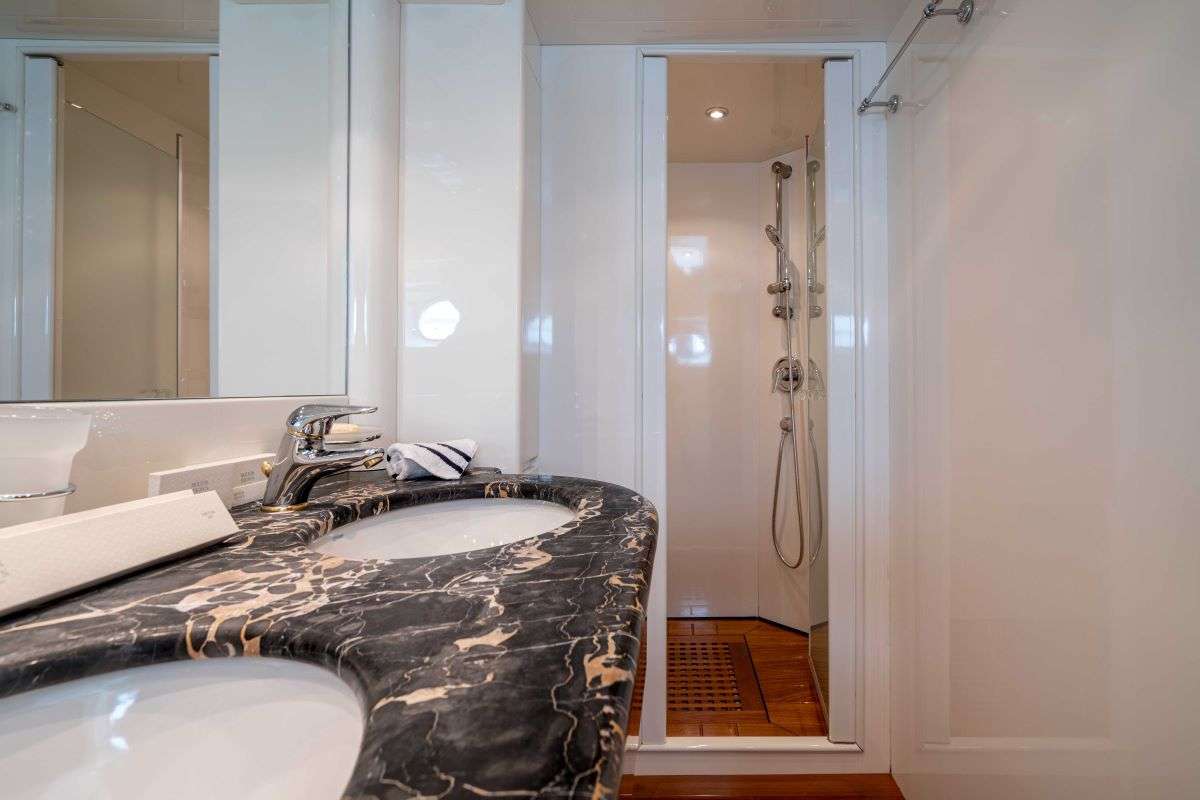 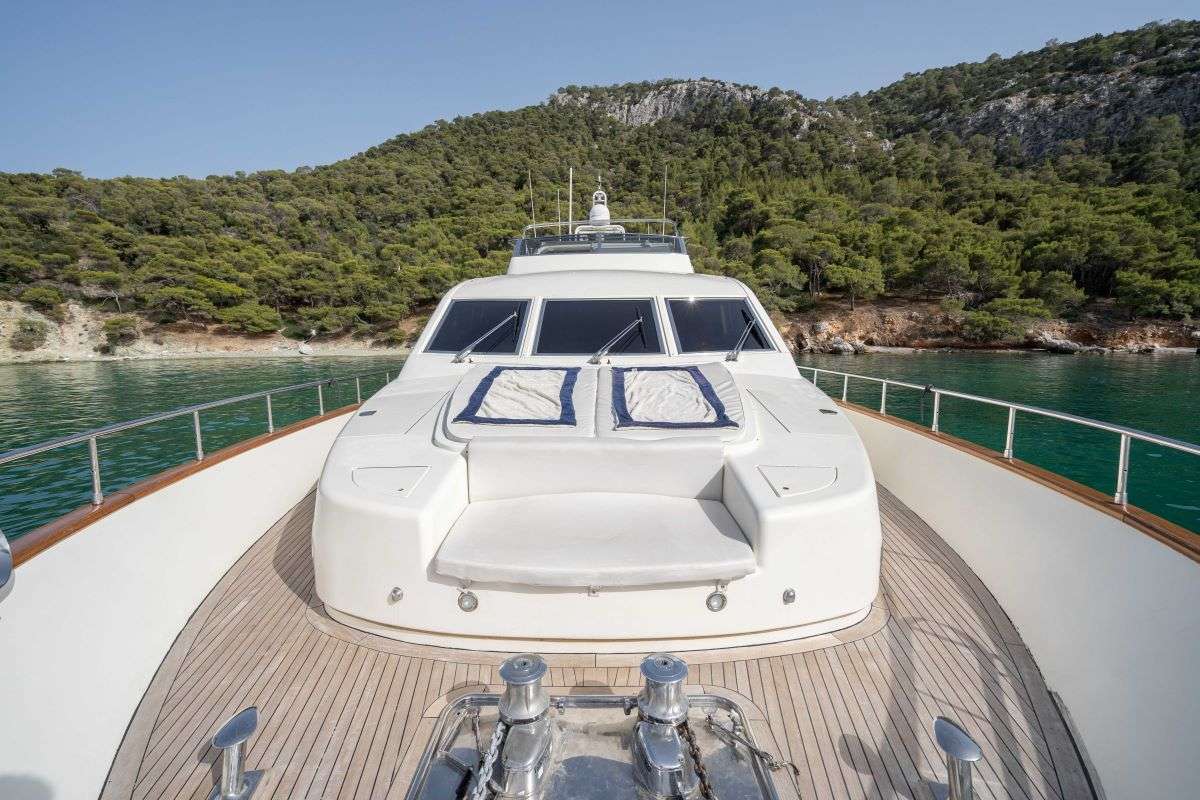 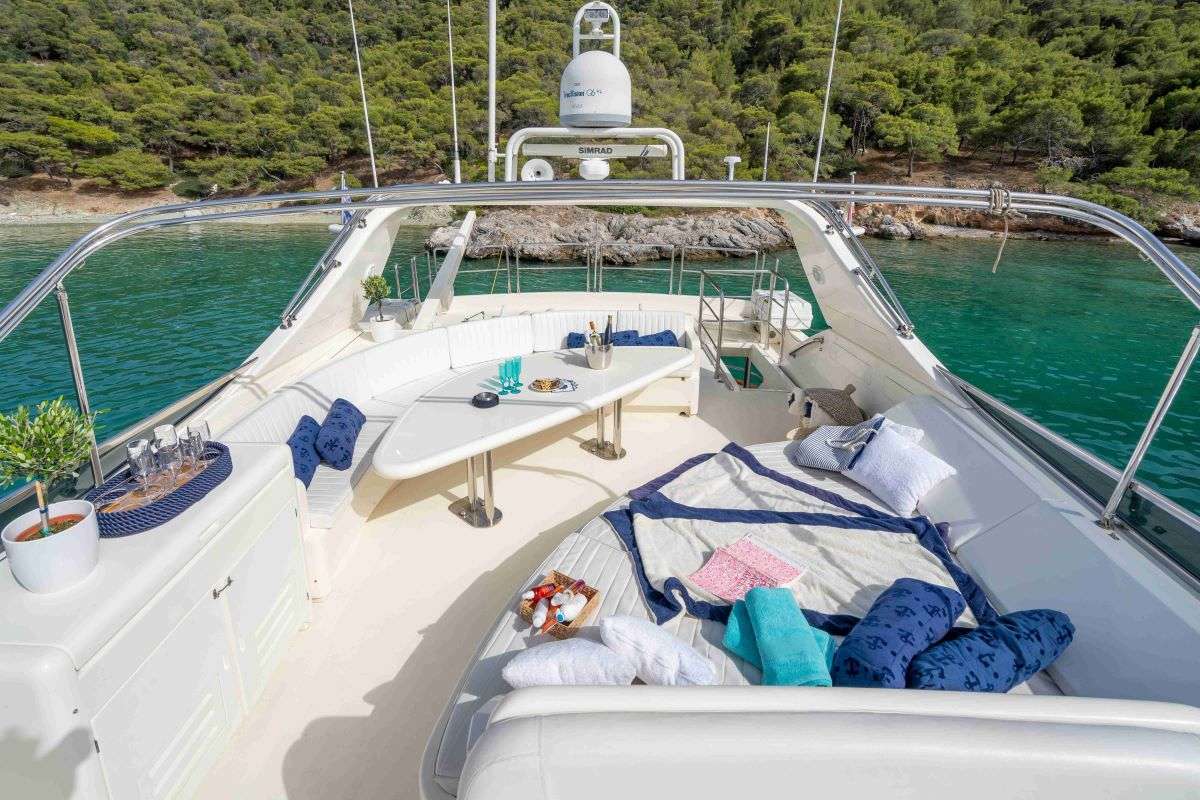 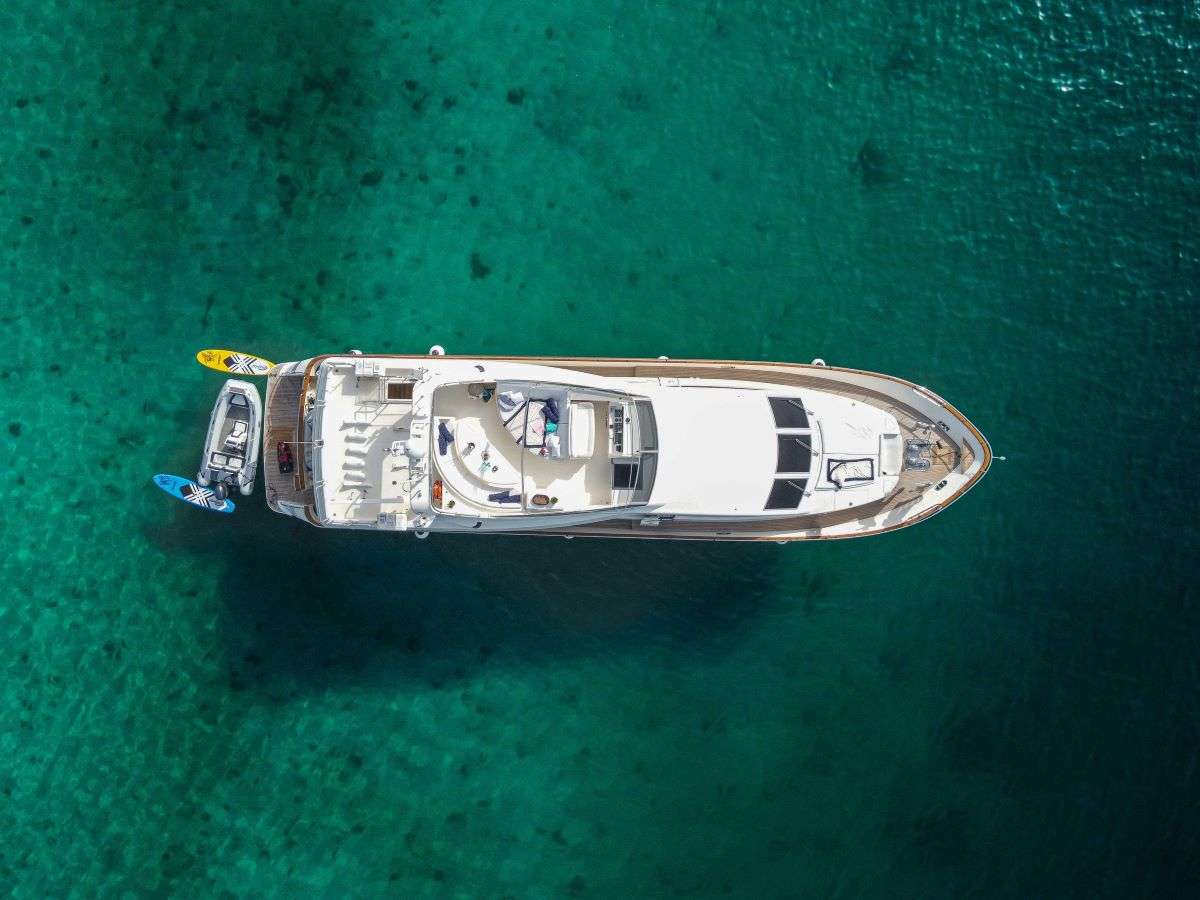 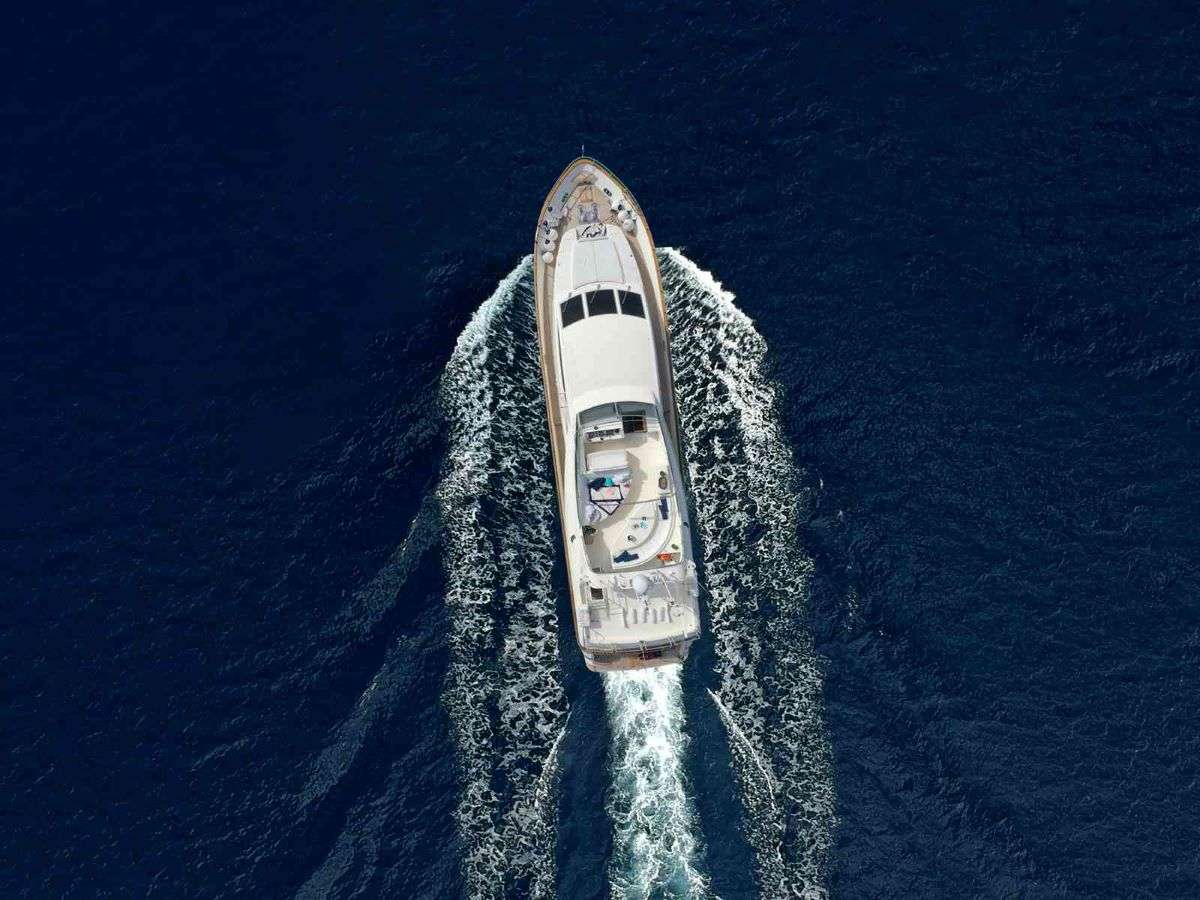 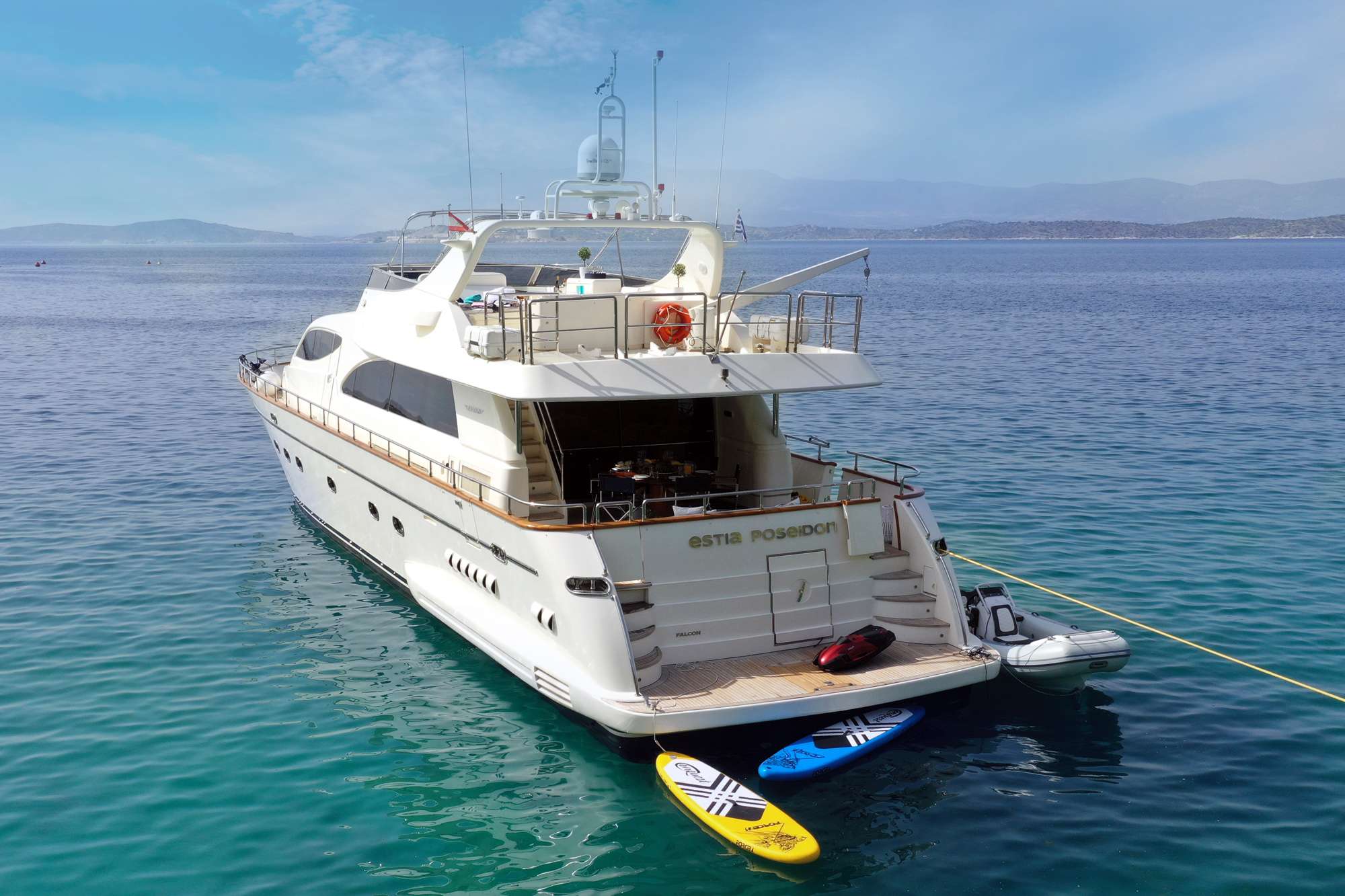 CAPTAIN
Kosmas Rafael Sotiris - Greek
Languages: Greek, English, French
Rafael grew up in Athens, Greece and learnt to sail from an early
age. In 2010 he joined the MT Olympic Flair, as an Apprentice
Officer. He spent 4 seasons in Tankers and in the summer of 2016, he
began his yachting career on a 54metre yacht as 2nd Officer, working
on various yachts in different positions, ultimately gaining his Class
Certificate of Competency – STCW ’78 Merchant Marine Academy of
Hydra Ministry of Shipping in early 2016. Since then, he has
commanded yachts until 54metres in varying parts of the world,
such as Aegean, Ionian and Adriatic Sea. He is energetic and hardworking, loves the sea and will make sure that the guests will have a
safe trip and greatest satisfaction.

CHIEF ENGINEER
Apostolopoulos Vasilios - Greek
Languages: Greek, English
Vasilis was born in 1976 in Greece. He has graduated from the
Mechanical Engineering Institute of Aspropyrgos and holds an
Engineer Class A’ certificate. He has worked from 1995 in the
engineering on various M/T before joining yachting industry and is
very competent in his job. In 2008, Vasilis joined the yachting
industry as a Chief Engineer and then he never looked back. He has
worked for M/Y Z2, M/Y Milos, M/Y Lumar, M/Y Galini and M/Y
Happy Blue.
He’s very hard working, easy going, well organized and does every
job to the best of his ability. He knows the importance of everyone
on board working as a team for the common goal being a successful
charter boat and has a very good eye for details.

CHEF
Fasoulis Vasilis – Greek
Languages: Greek, English
Vasilis comes originally from Nafplio, Peloponisos, Greece. His passion for
food came around the age of nine-teen when he was a Chef in a
restaurant named Le Monde. Quickly inspired by the quality and taste of
fresh produce he continued his career to a restaurant in Newcastle, to
develop his skills. From there Vasilis left England and moved to Nafplio,
where he opened his own restaurant, in which he is planning and
designing menus and sourcing produce. Vasilis always aims to please his
customers. He goes above and beyond expectations, in order to the Estia
Poseidon’s guests have the most enjoyable culinary experience whilst
onboard.
Chef Vasilis is determined that he wants to continue his career in the
yachting industry. He also owns the Yacht Master diploma and the Basic
Safety training certification. He is an advanced open water Driver and a
very capable Deckhand.
Vasilis’ objective is to satisfy culinary desires, embrace local produce, and
provide guests with the highest level of cuisine.

STEWARDESS
Gertsyk Kseniia – Russian
Languages: English, Russian, Greek.
Kseniia hales from Russia but the last few years she lives in
Piraeus, Greece. She has attended the Industrial Technical
College in Russia. Before entering the yachting industry,
Alexandra worked in a Hotel in Rhodes as a “B” Buffet Kitchen.
Since 2020, Kseniia has enjoyed putting that knowledge to great
use in the yachting industry with experience on prestigious
sailing yachts such as “Blue Sky” and “My way” as a Stewardess.
Kseniia has traveled extensively during her time onboard yachts
and takes every opportunity to explore new places and cultures.
She has a love for the ocean and keeps active with water sports,
swimming, mountain climbing and travelling.

DECKHAND
Hannibal Villaret - Filipino
Languages: English
Villaret holds a Bachelor of Science & Marine Transportation since 2000
and has been working at sea since 2004. His 17-years previous
experience as Deckhand includes working on motor yachts from 22-118
meters. He started his Charter career at the Atlanta Colden Yachts in
2009 and since then, he never stopped sailing . As a member of our team,
he is highly motivated and performs within safety and quality guidelines
at all times.
Villaret’s nickname is Bhal and he is a very hard working and valuable
member of the crew that is much appreciated by our guests.