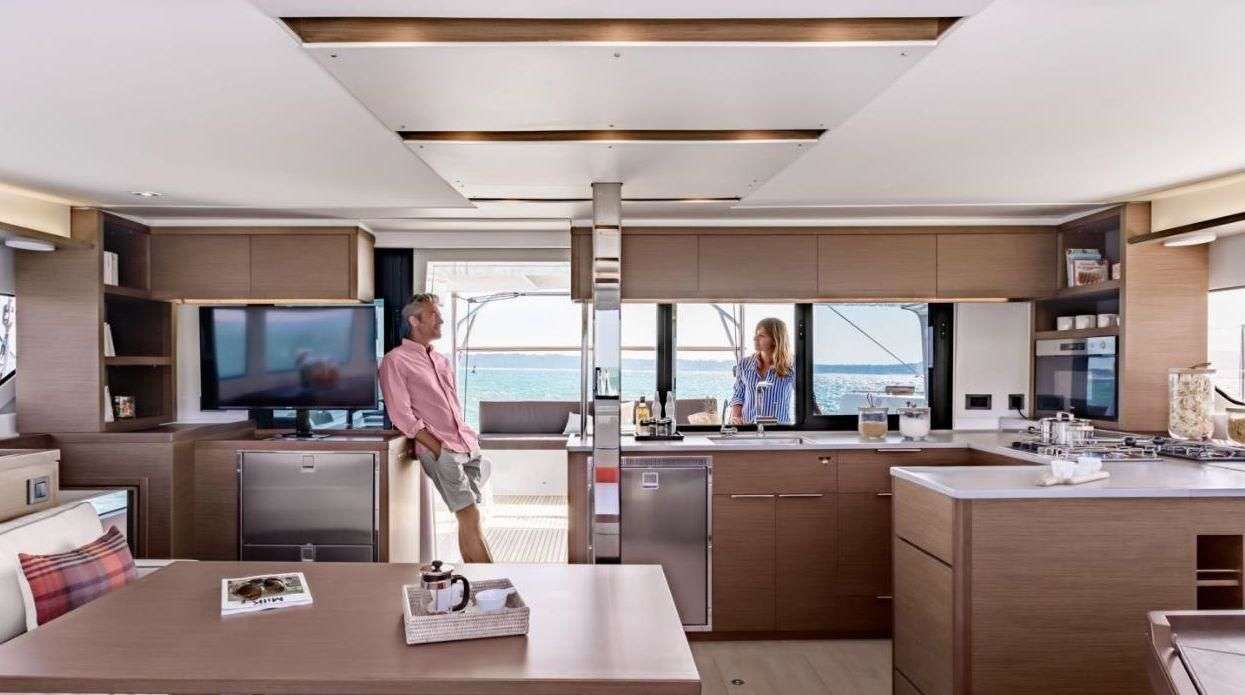 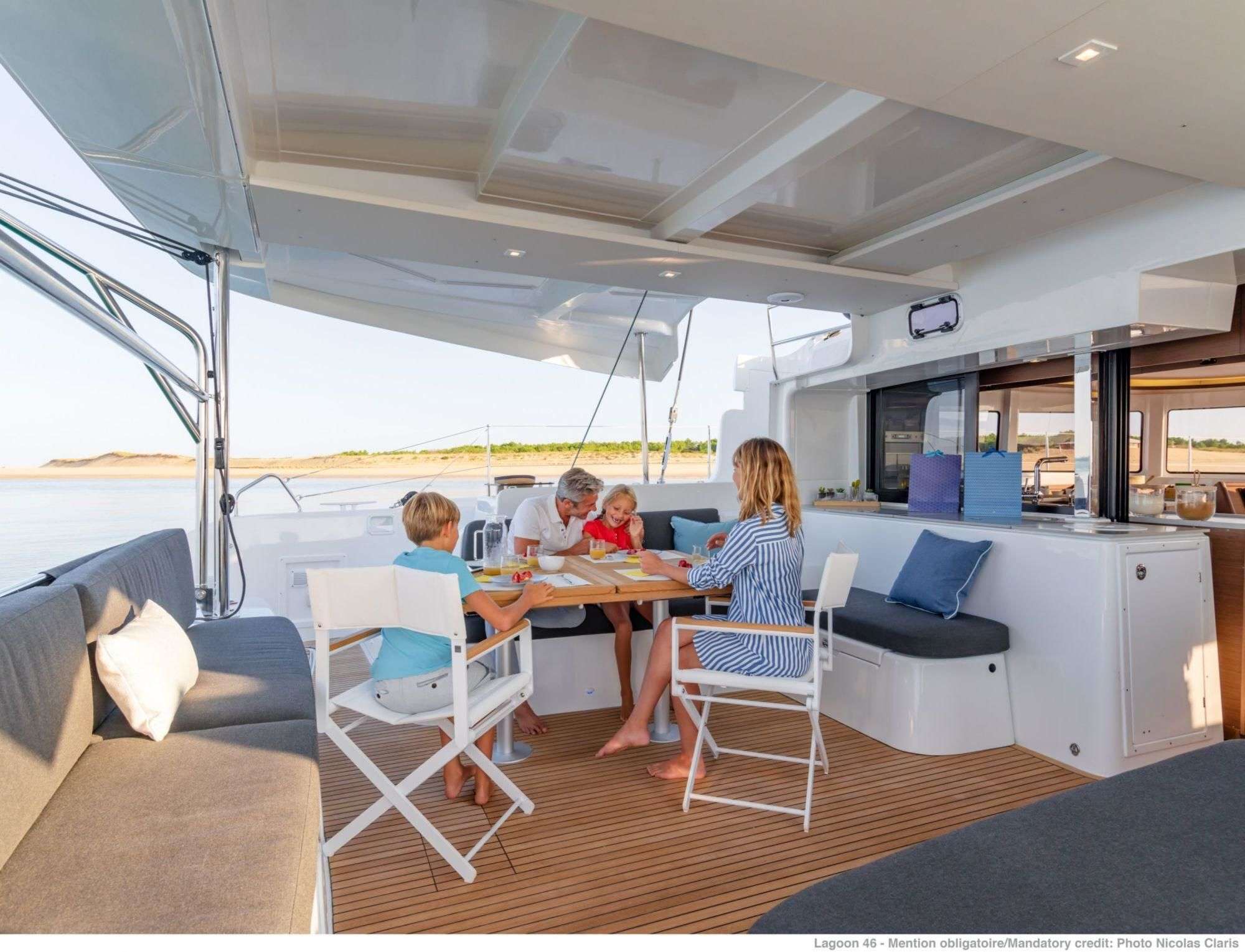 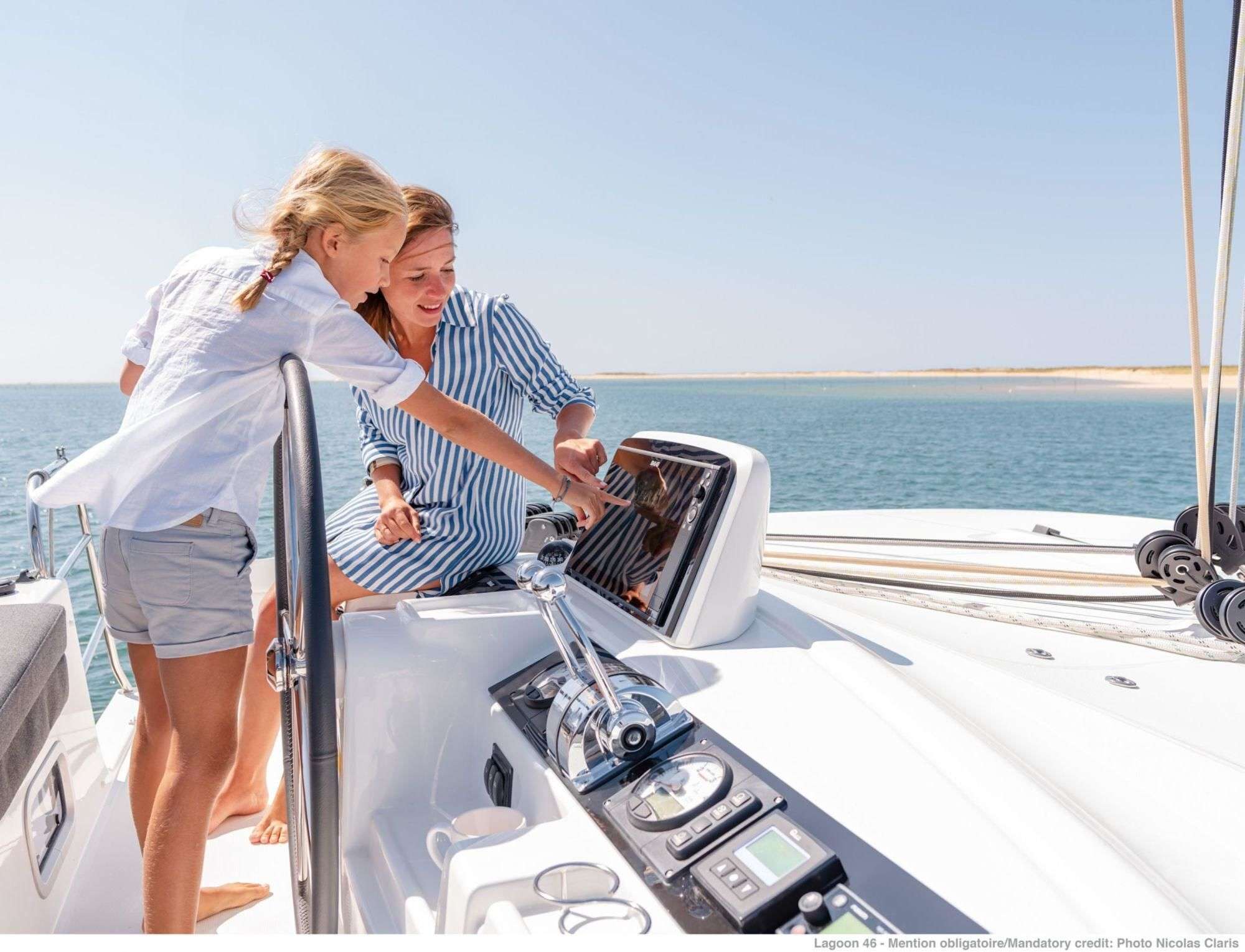 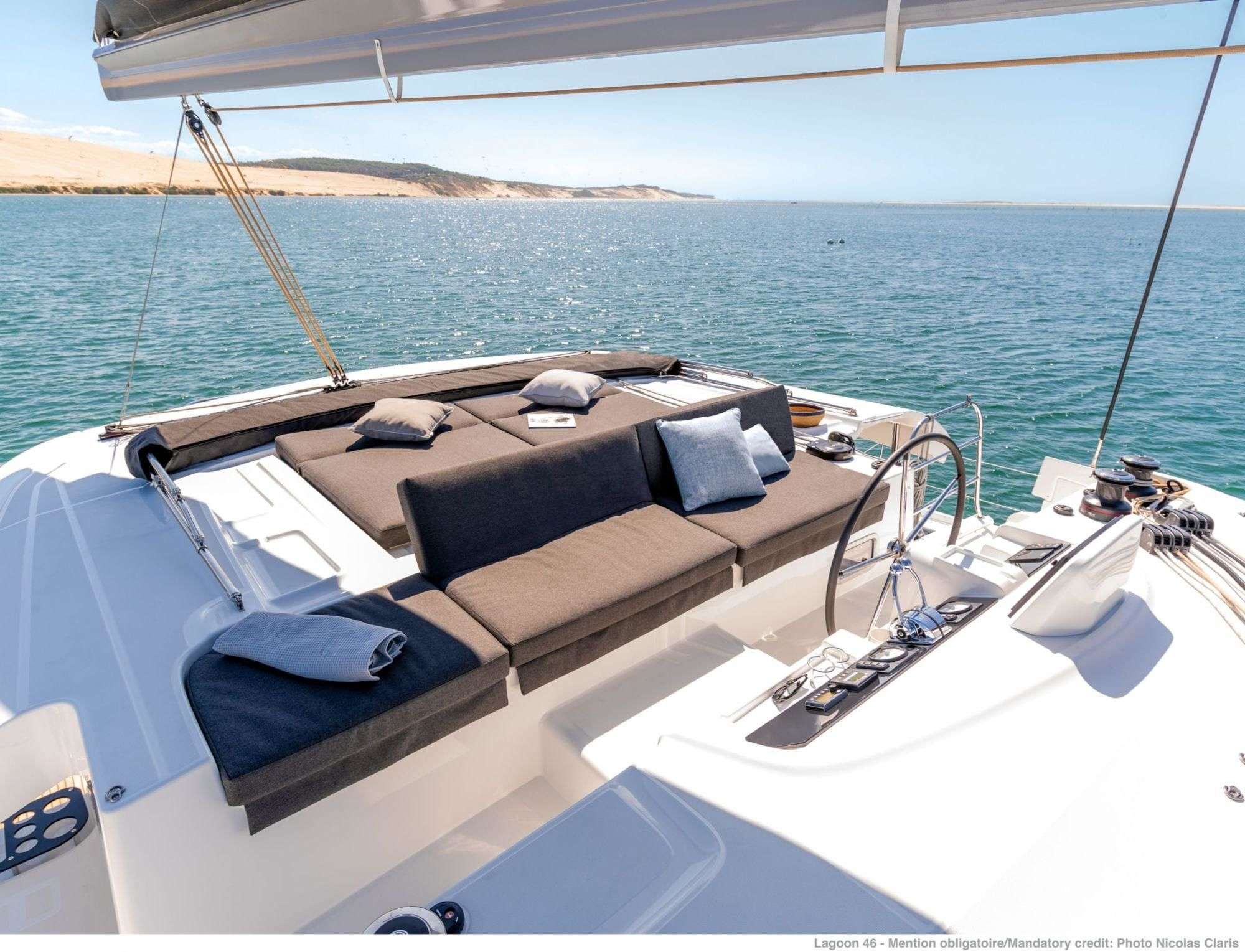 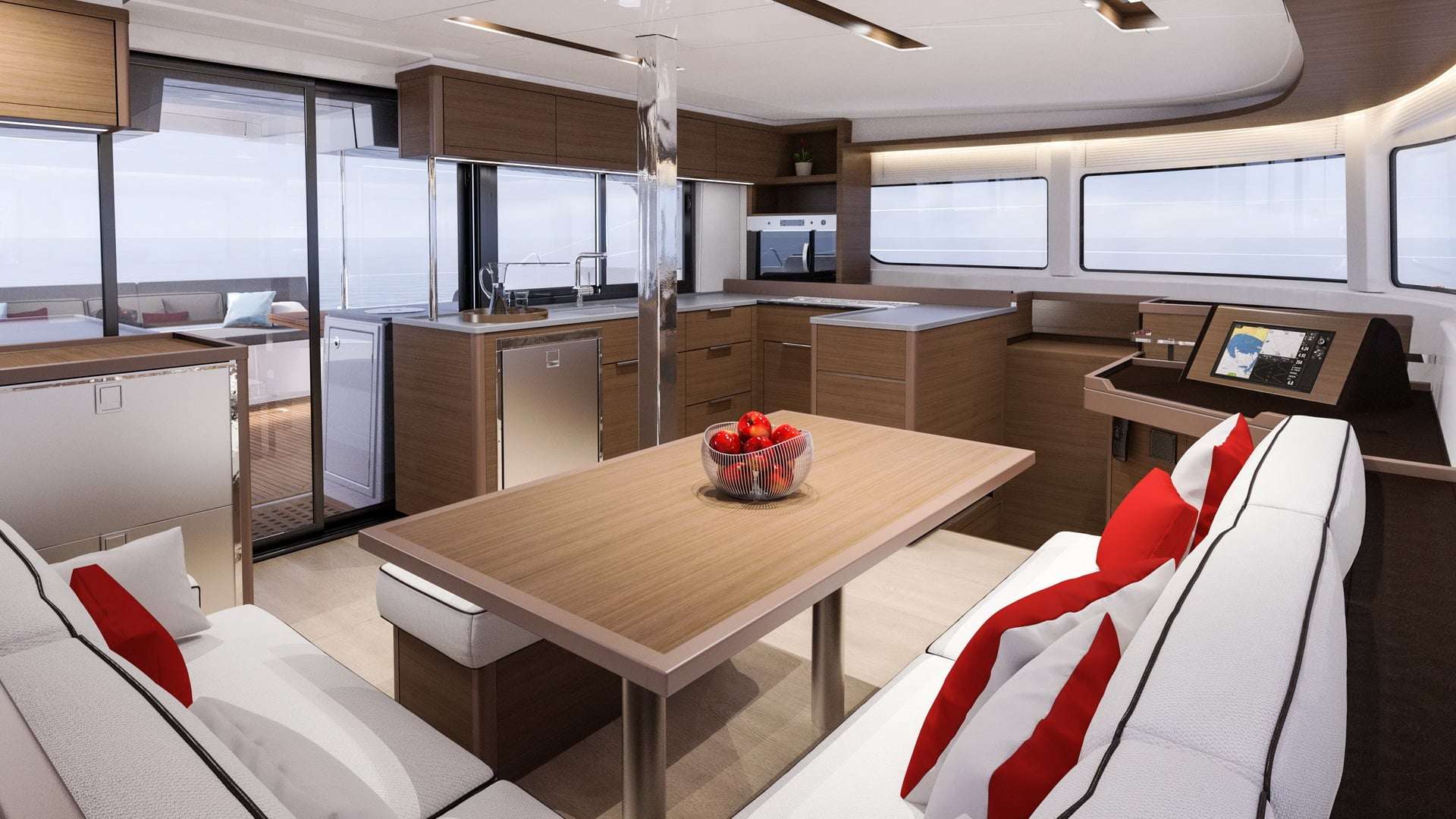 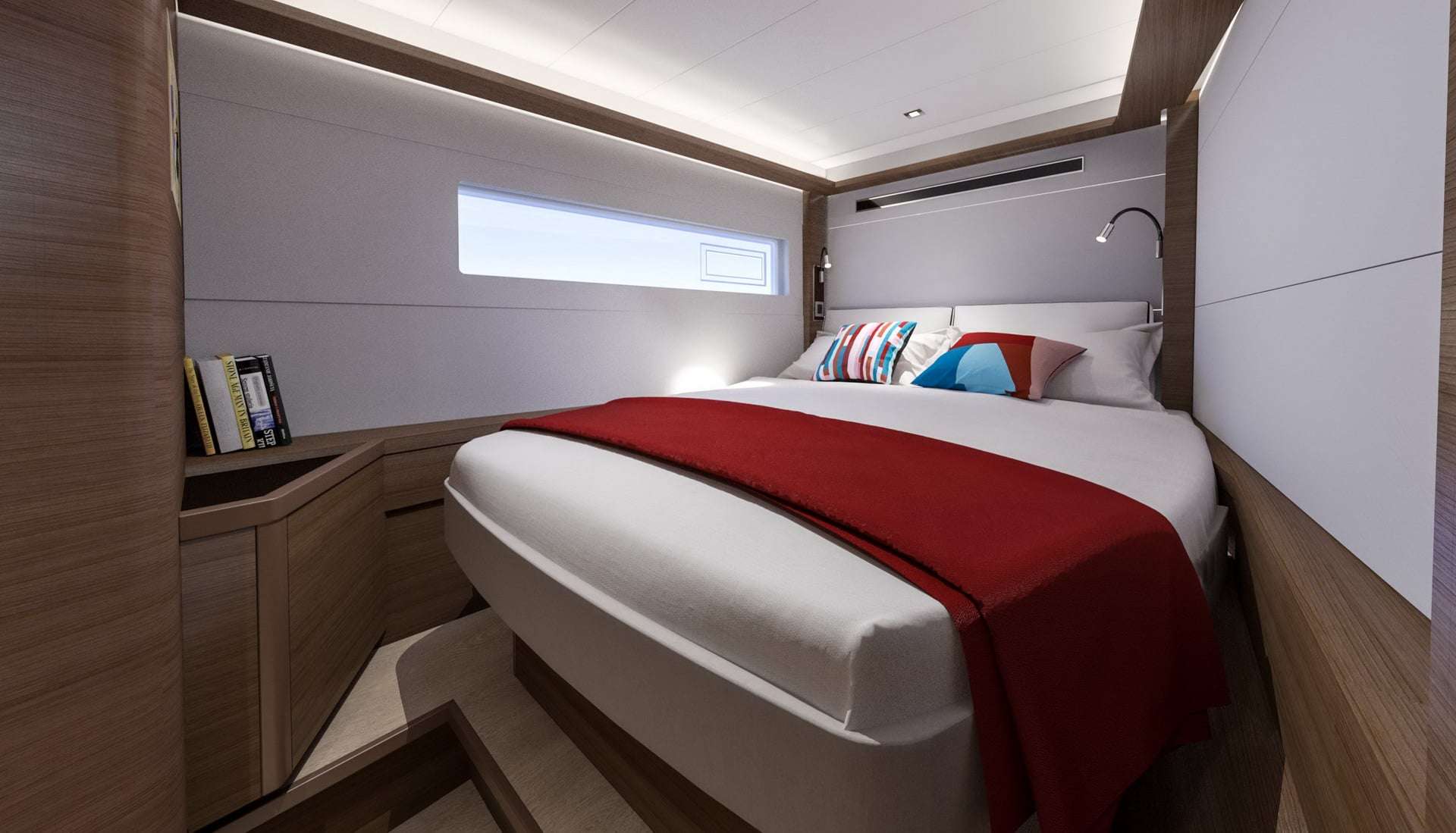 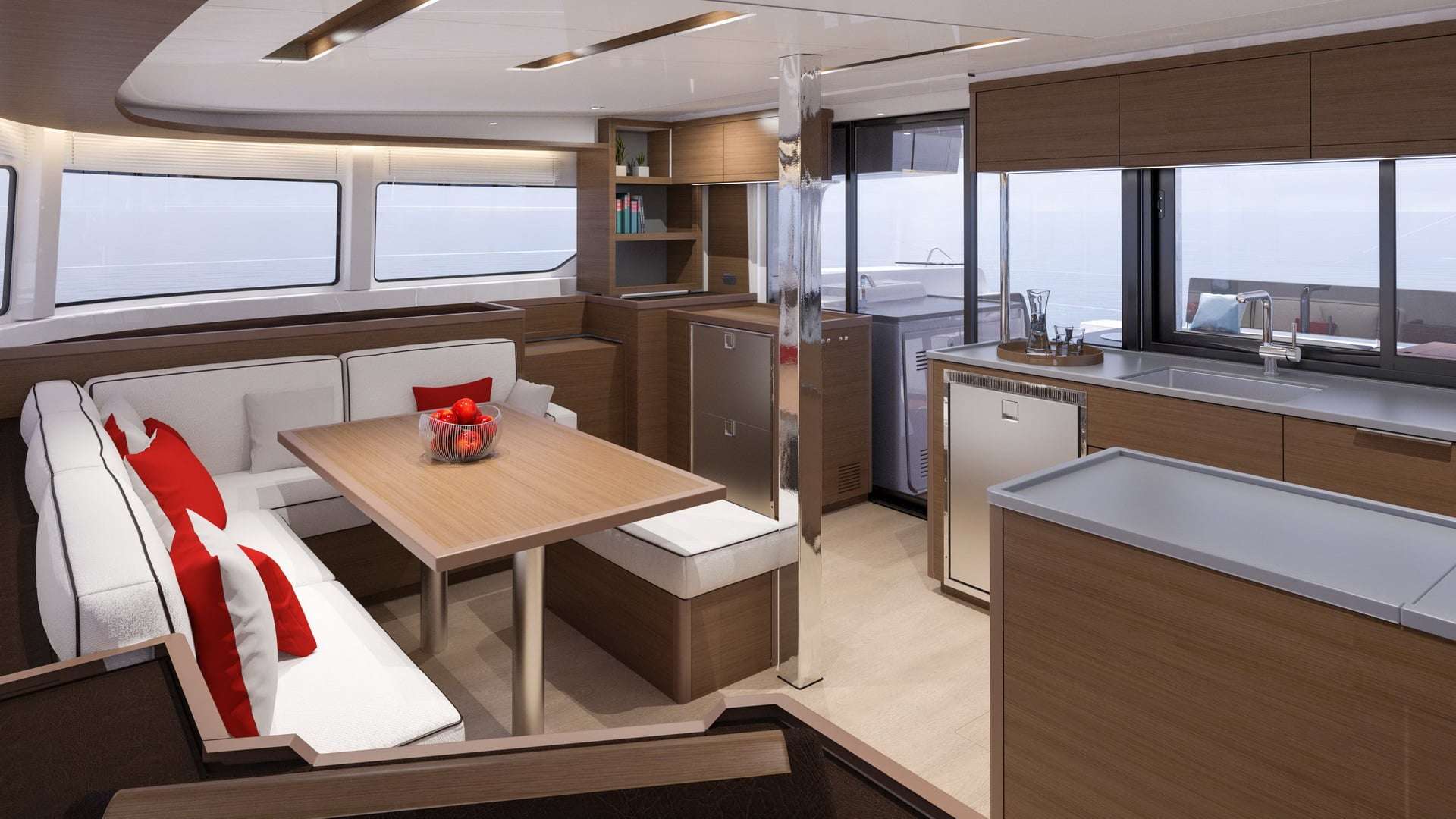 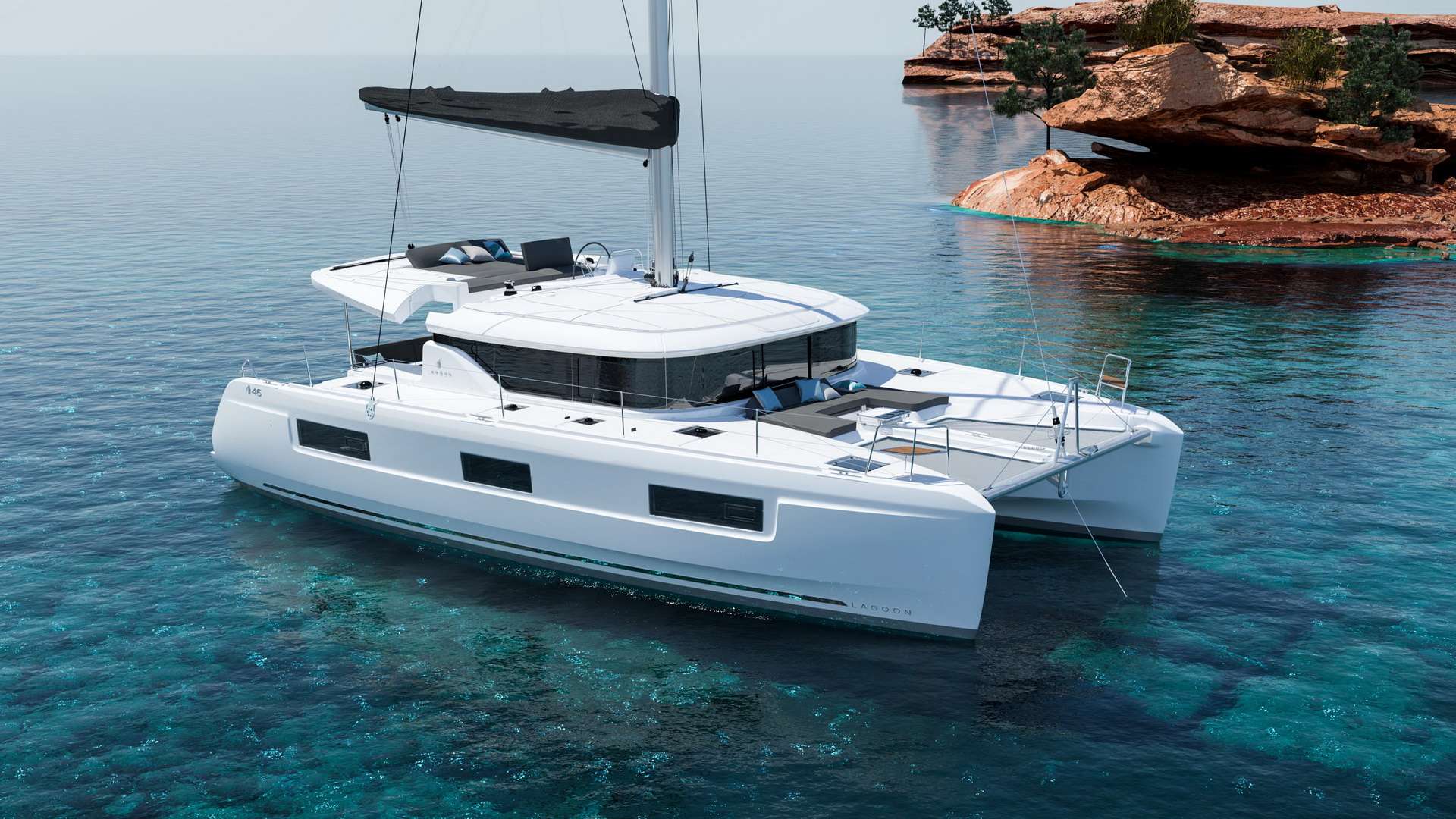 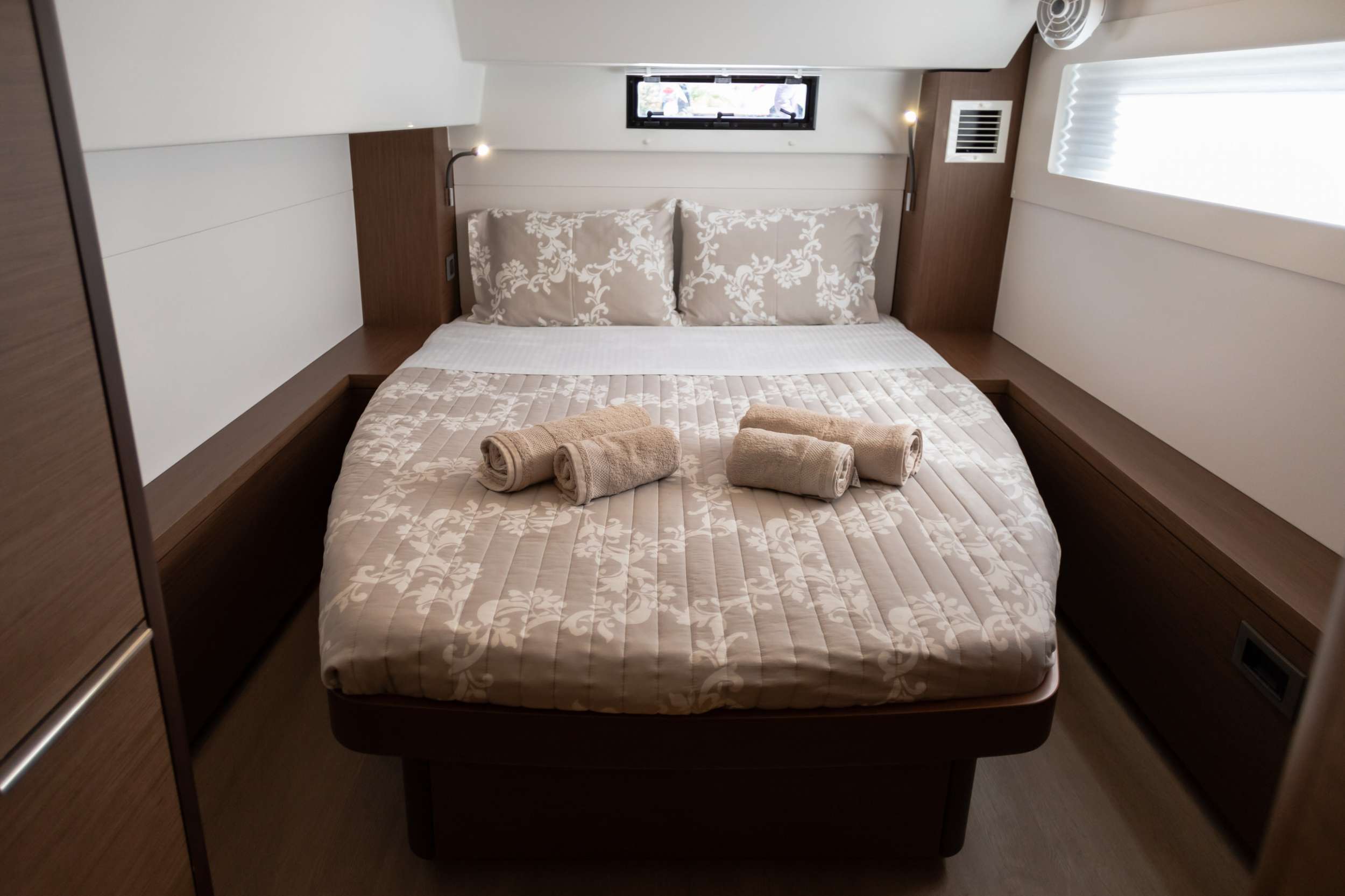 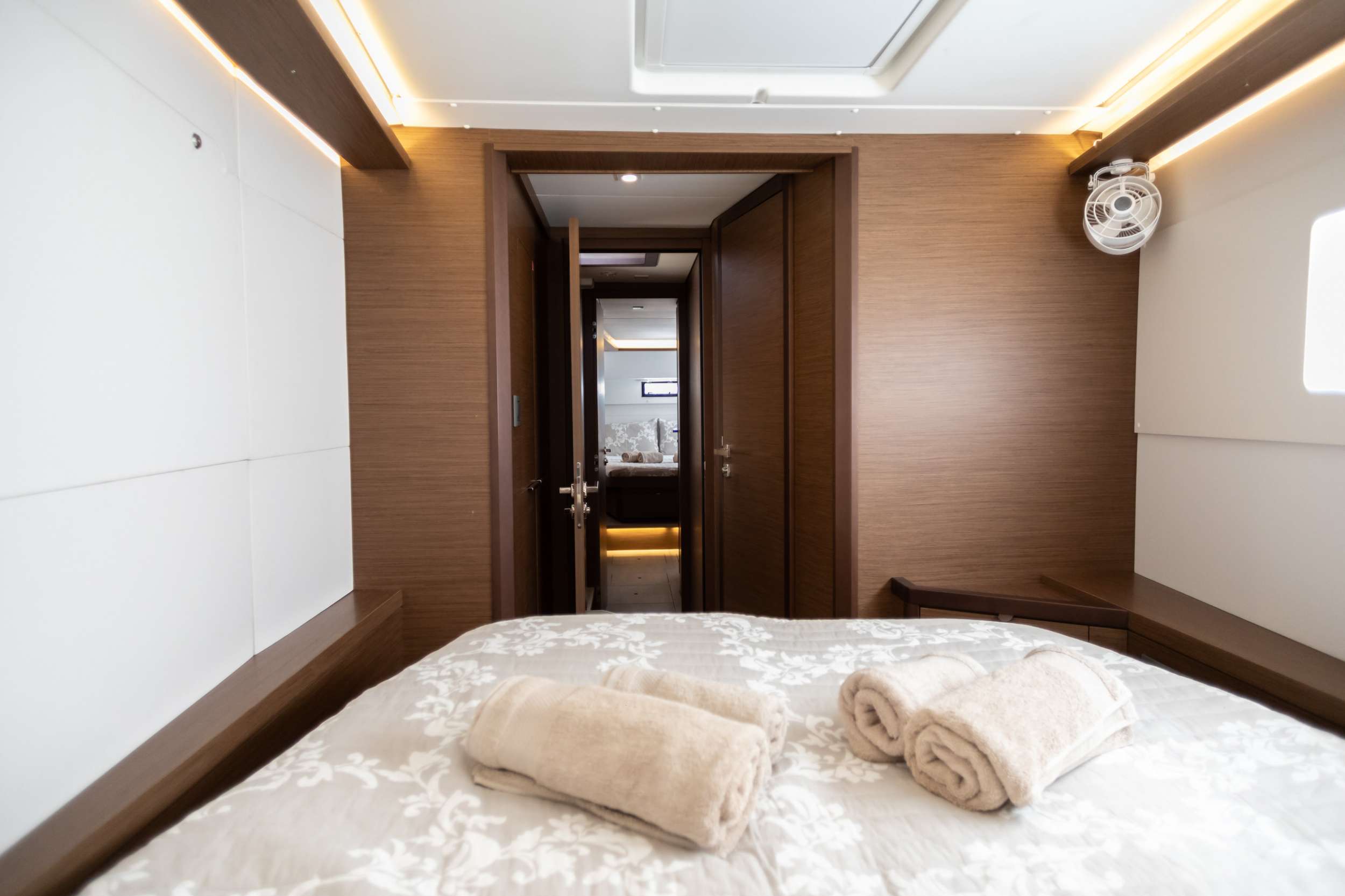 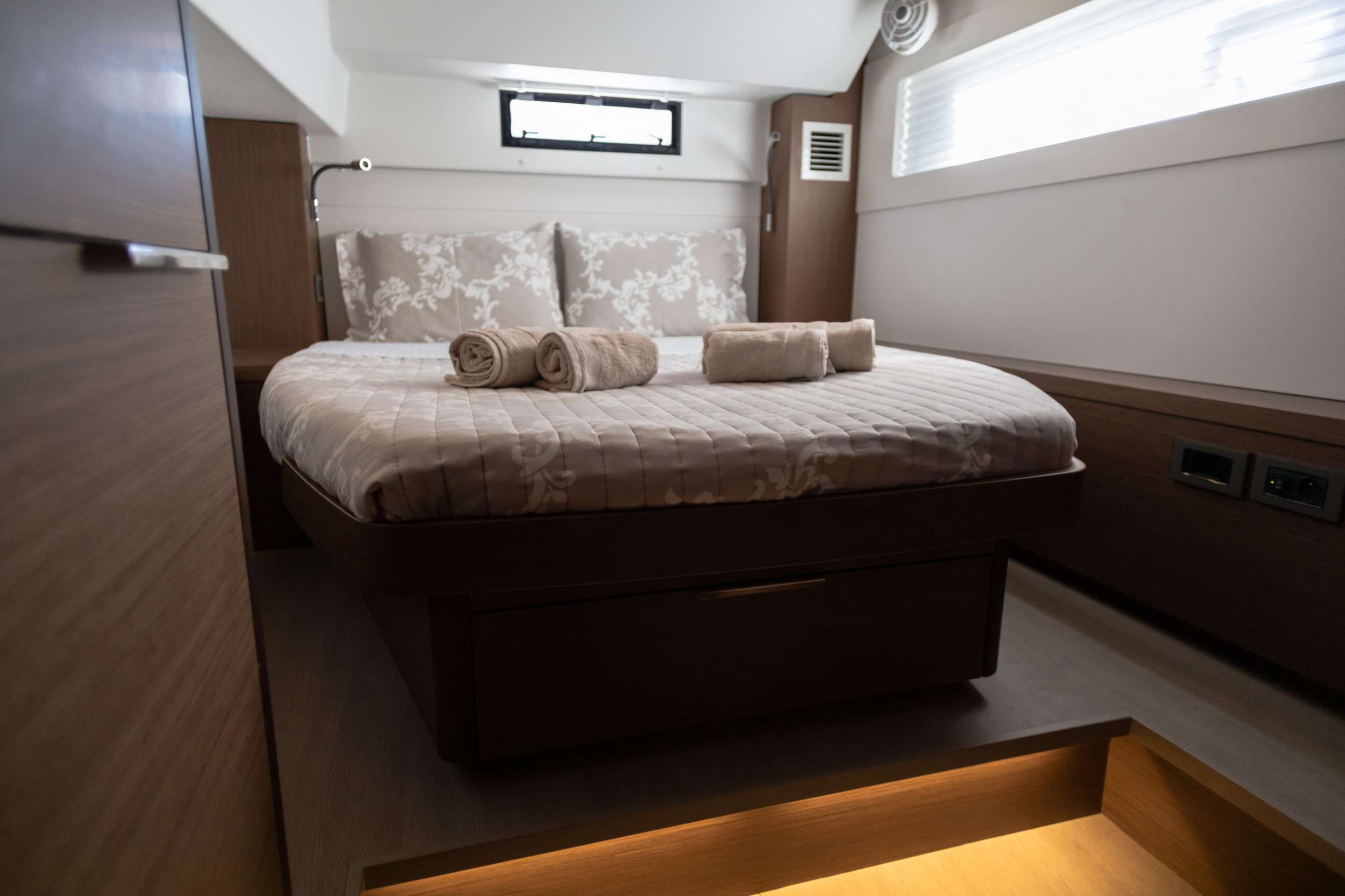 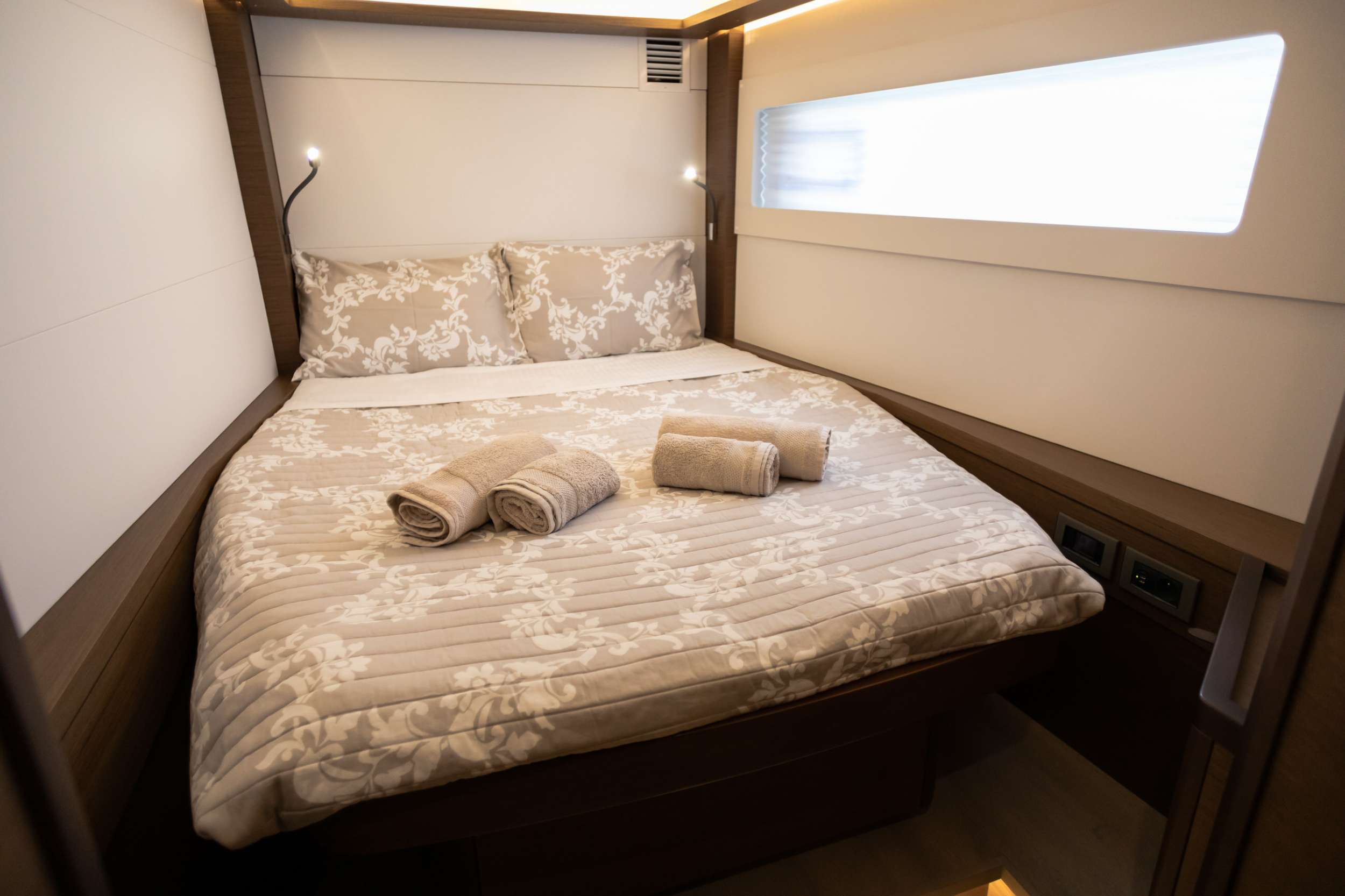 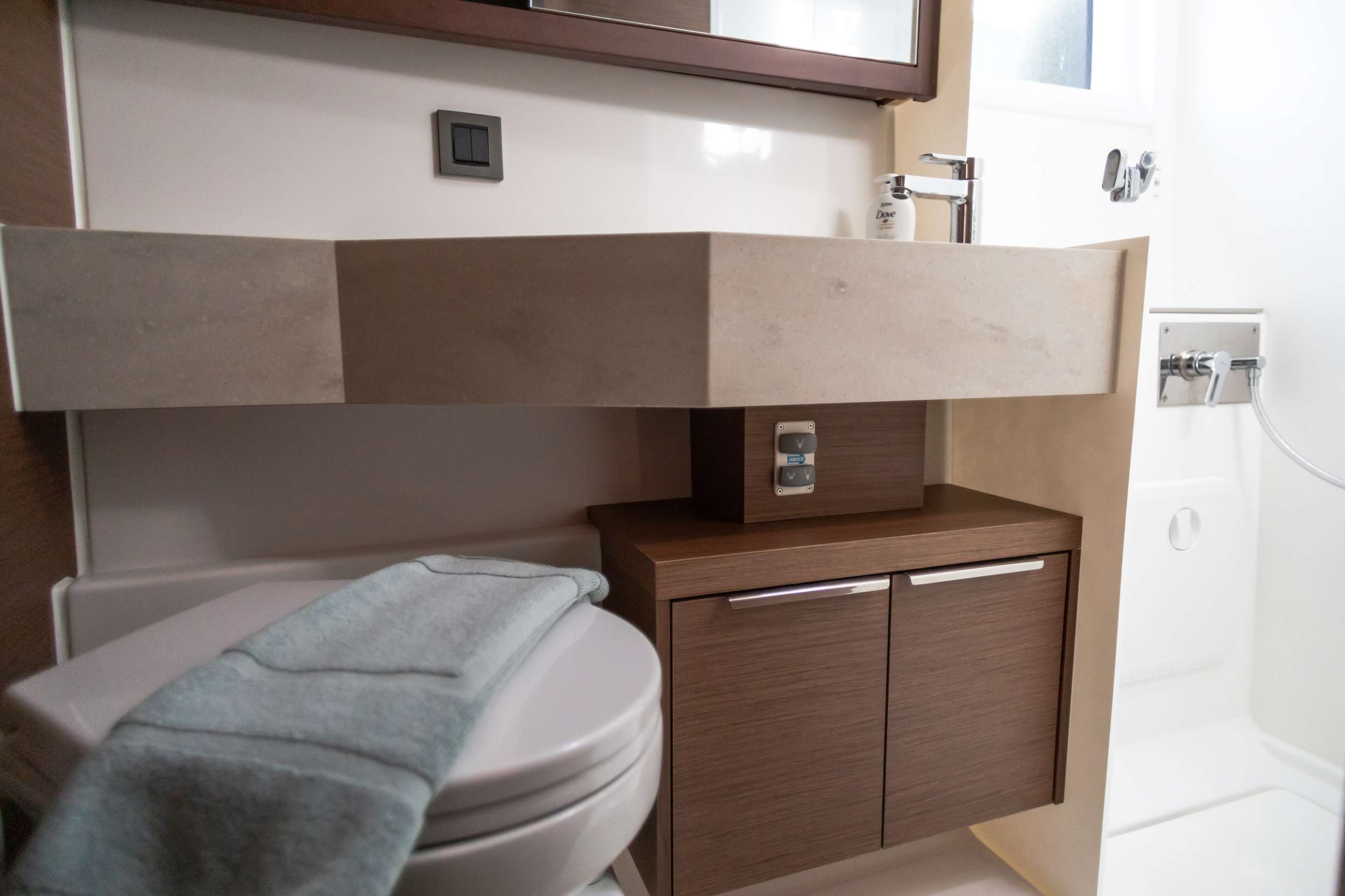 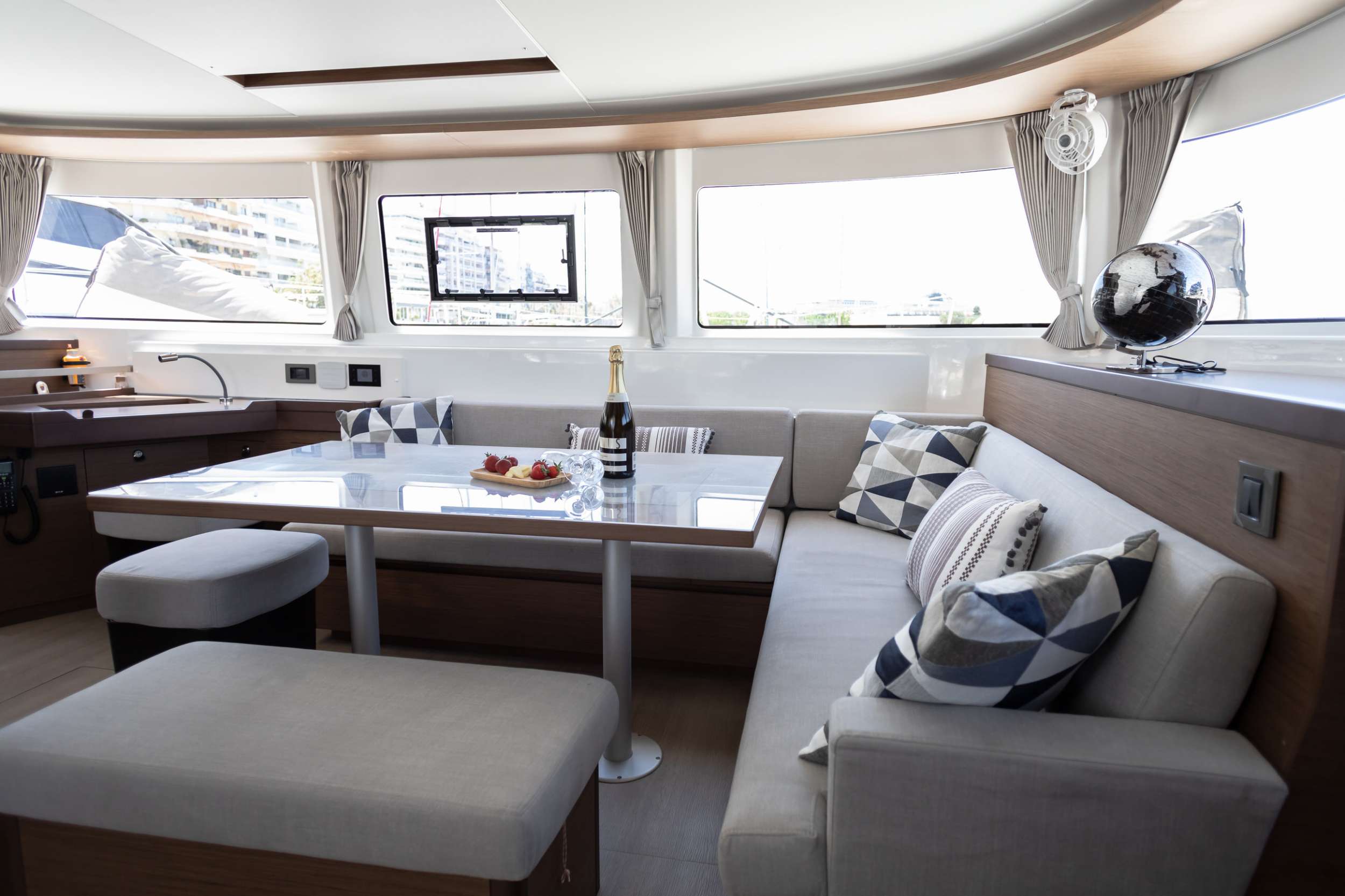 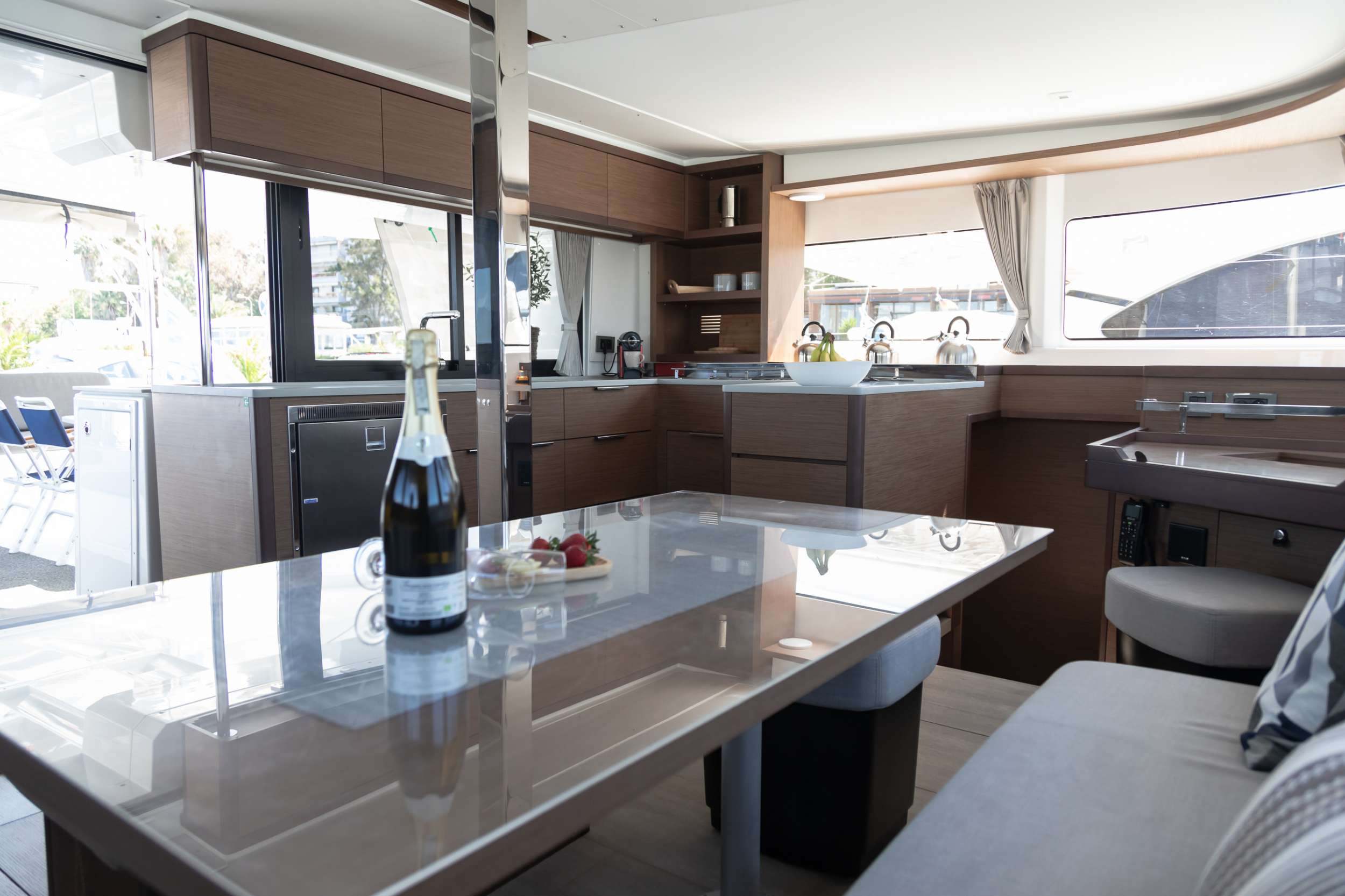 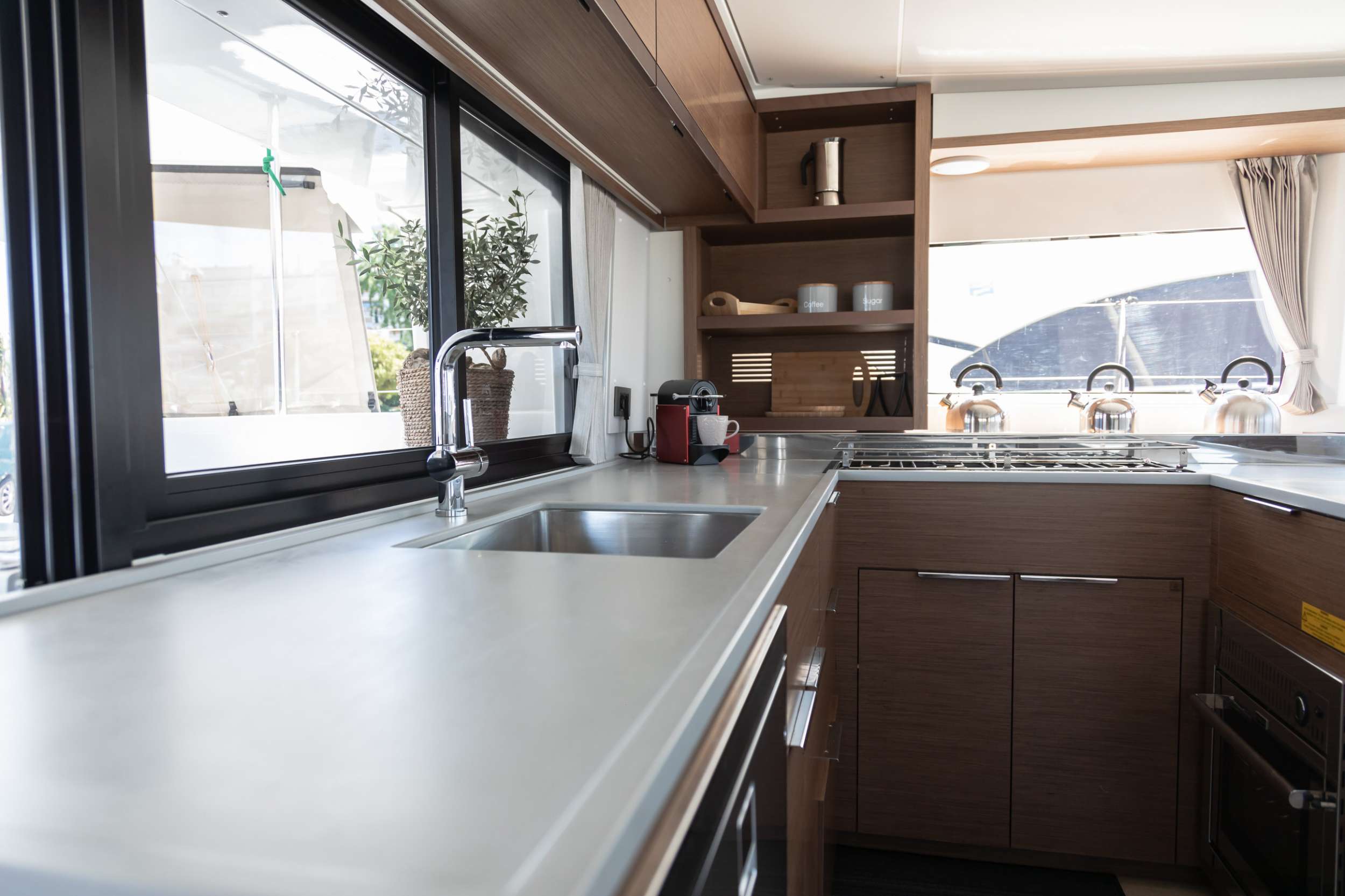 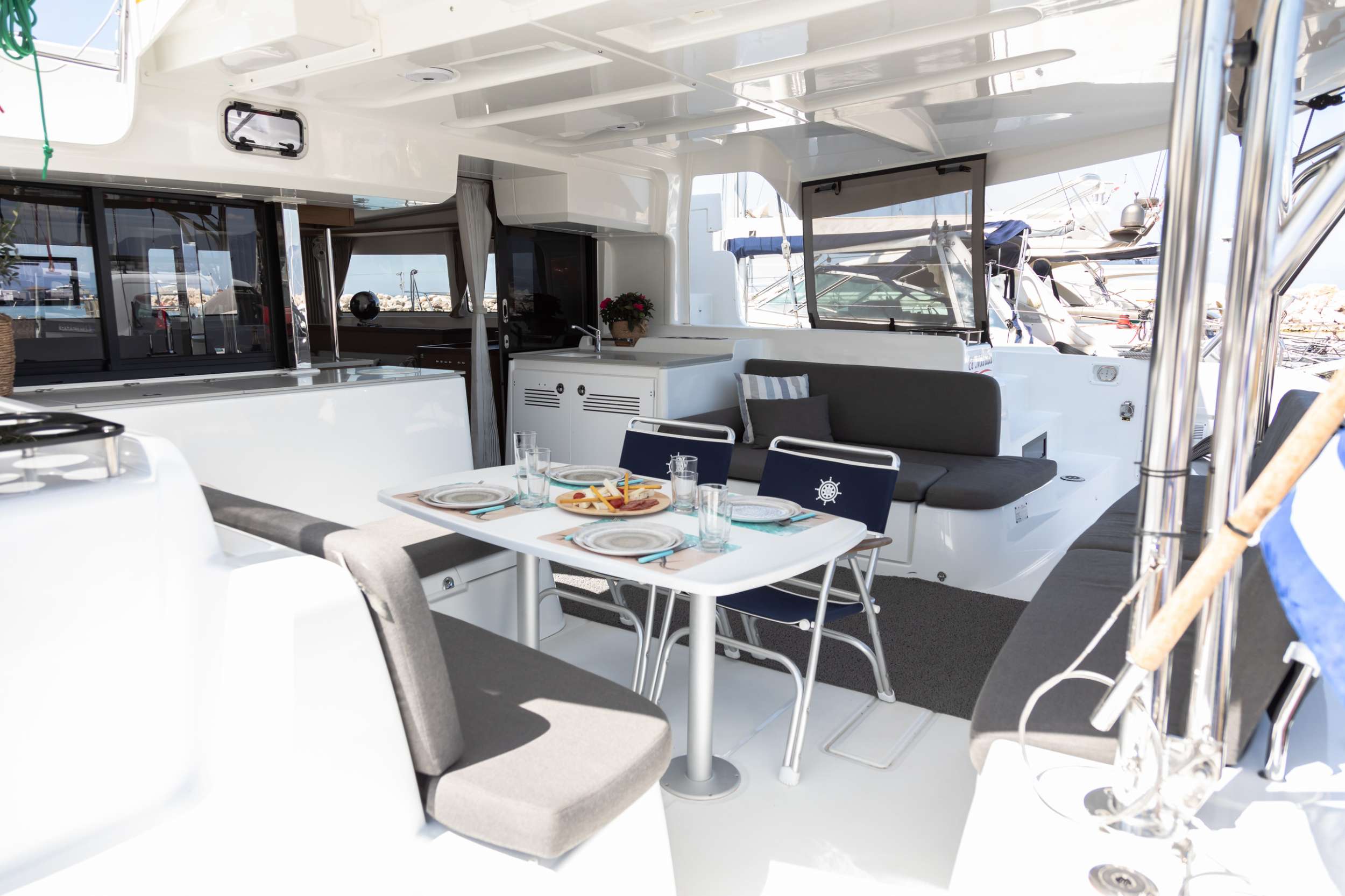 10 guests, · 4 Showers, · 4 Wash Basins
"El Marita" a brand new Lagoon 46 built in 2021 available for charter in the Ionian. She can accommodate 8 to 09 guests on board. 8 guests in 4 double bedded cabins plus 1 in the saloon on the sofas. She has two skippers cabins for the crew. She is available for charter from Lefkas or Patras. She is offered with 1 crew member the skipper included in the charter rate. Hostess/Cook is optional according to clients preference.

Apostolis was born in Patras in 1981.

He graduated as a primary school teacher from the Educational Department of Patras University in 2003. Apostolis has always been interested in the sea and from a very young age decided that he would also like to turn his hobby into his summer work.
At the age of 17 he started working as a deck hand on crewed motor yachts during the summer period and travelled around the Greek islands many times. He acquired a large amount of knowledge which later on he put into practice when he himself became Skipper on motor yachts and sailing boats.
However, Apostolis’s passion has always been sailing and this is what he returned to when he graduated from University. He has been skippering on sailing yachts and large Catamarans in the Ionian for the last 20 years and knows the area like the back of his hand. He is also well known for his kind nature and has many clients who visit the Ionian every year just to have him as their skipper.
Apostolis is characterized by his professionalism and sea awareness – assets he acquired while working on crewed VIP motor yachts. He is also a holder of a sailor's instructor license.
When Apostolis isn’t skippering he is either taking part in sailing races, fishing or else tending to his olives and vines in his village.
Apostolis is a proud father of a daughter. He speaks English and Greek and gets on great with children as they love him. 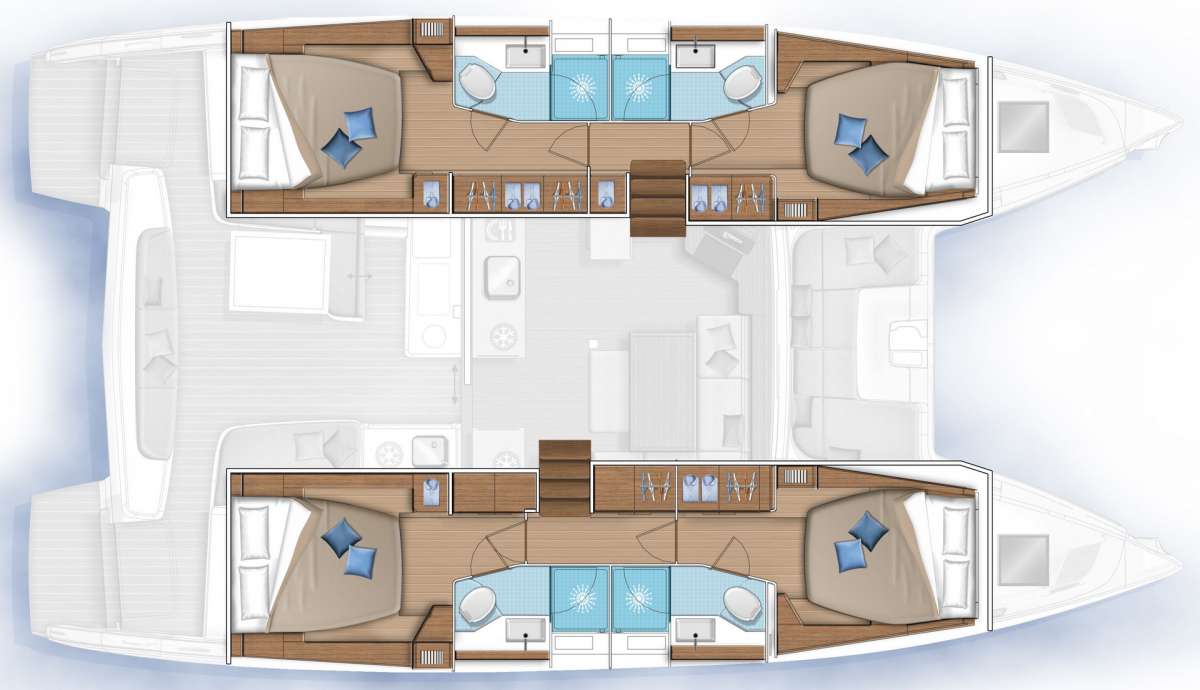