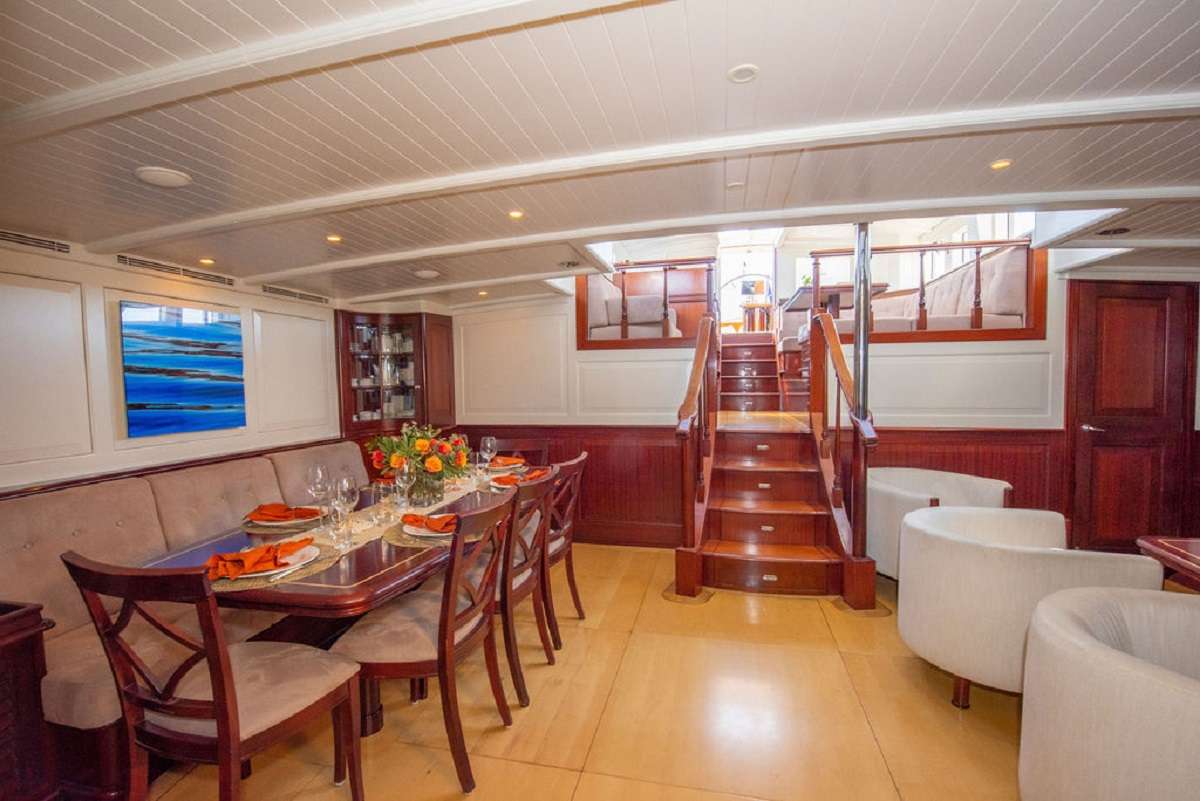 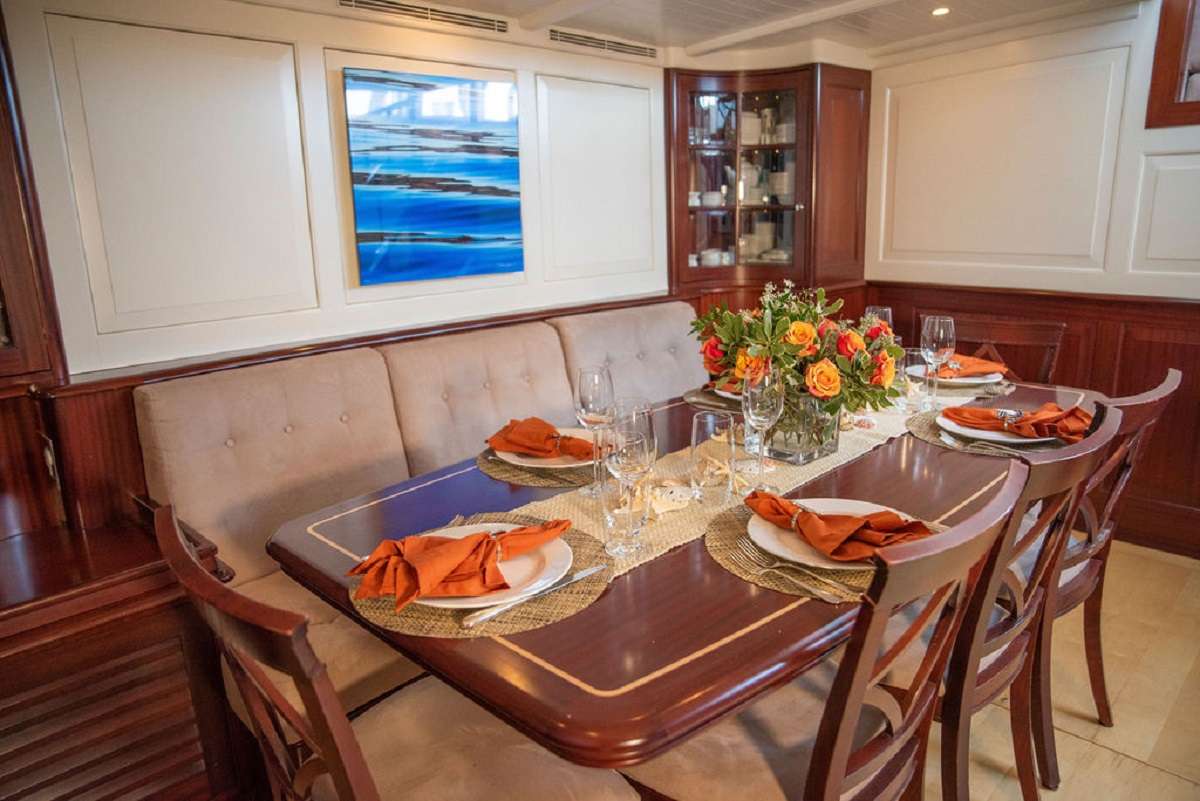 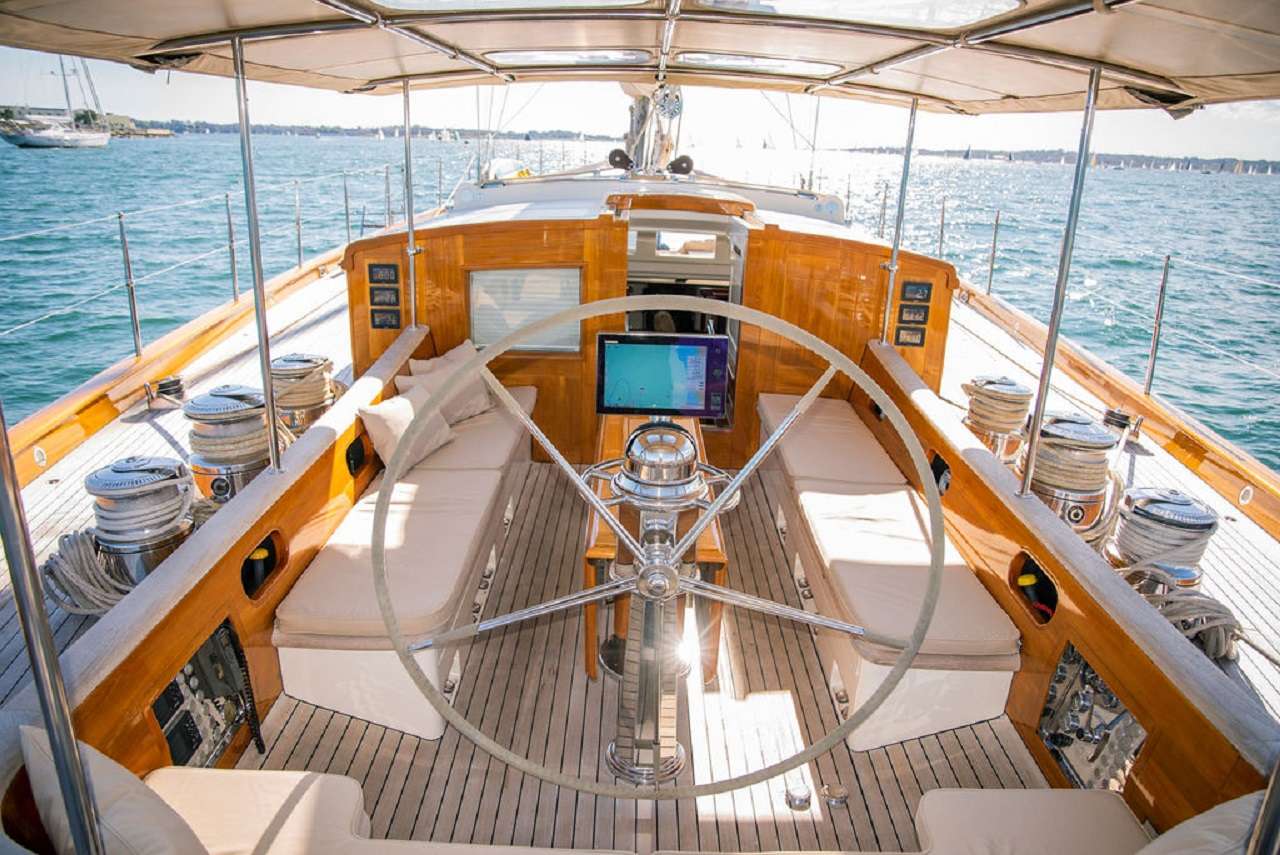 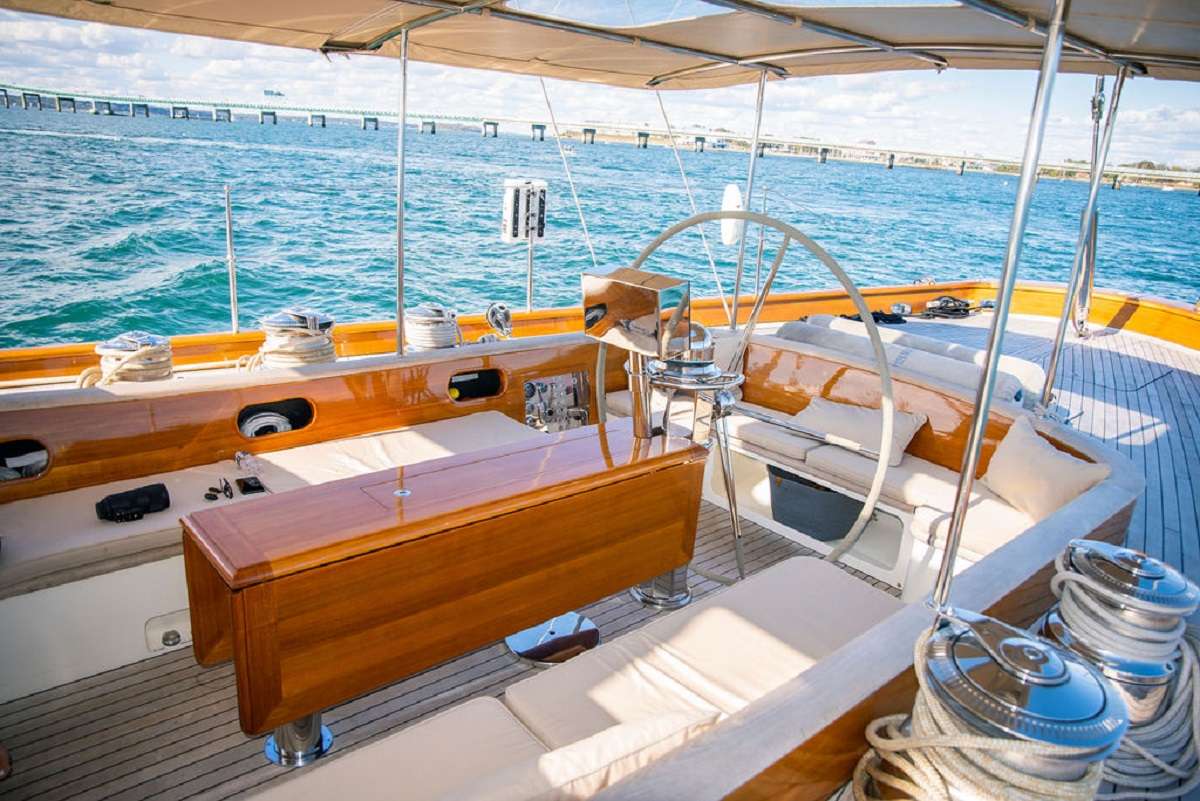 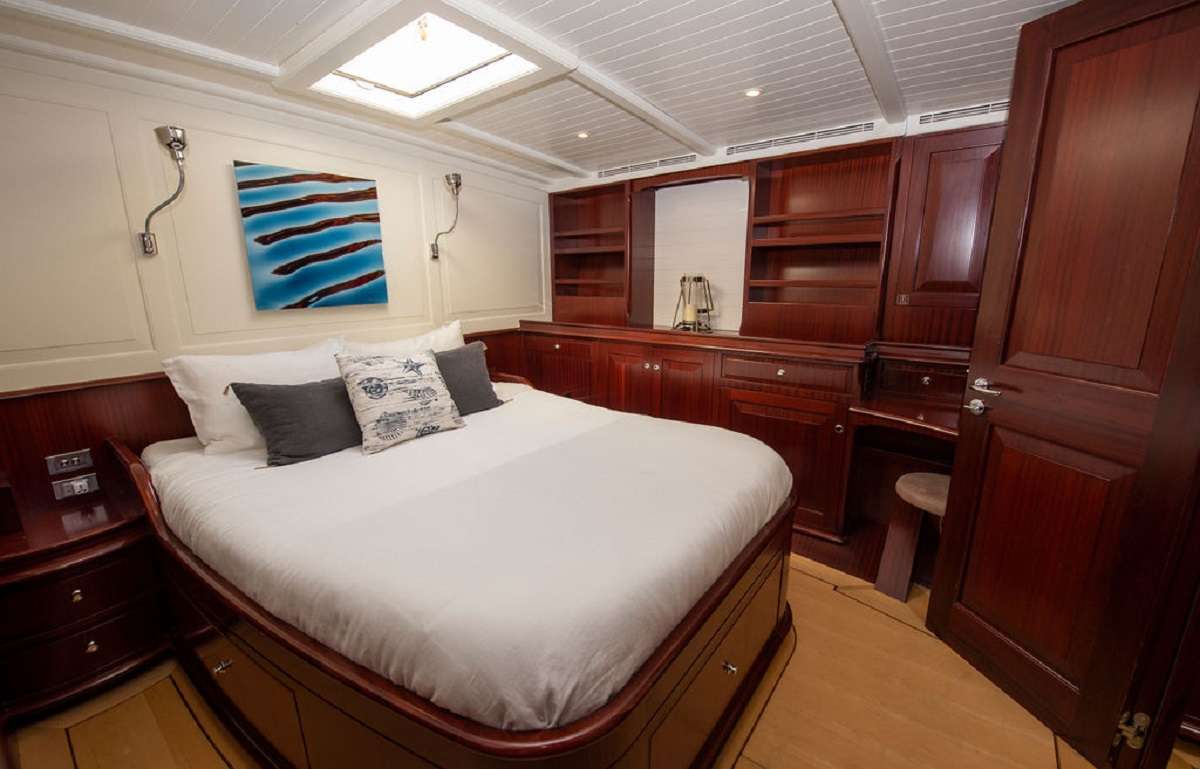 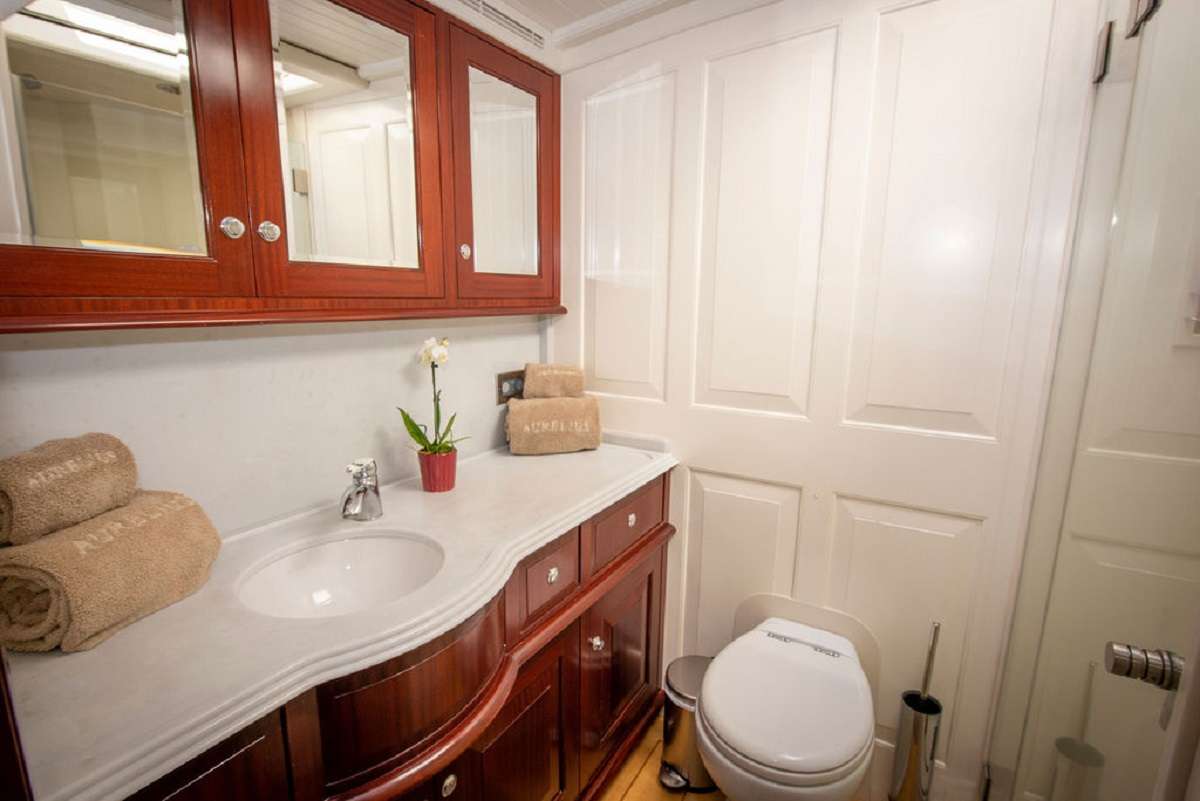 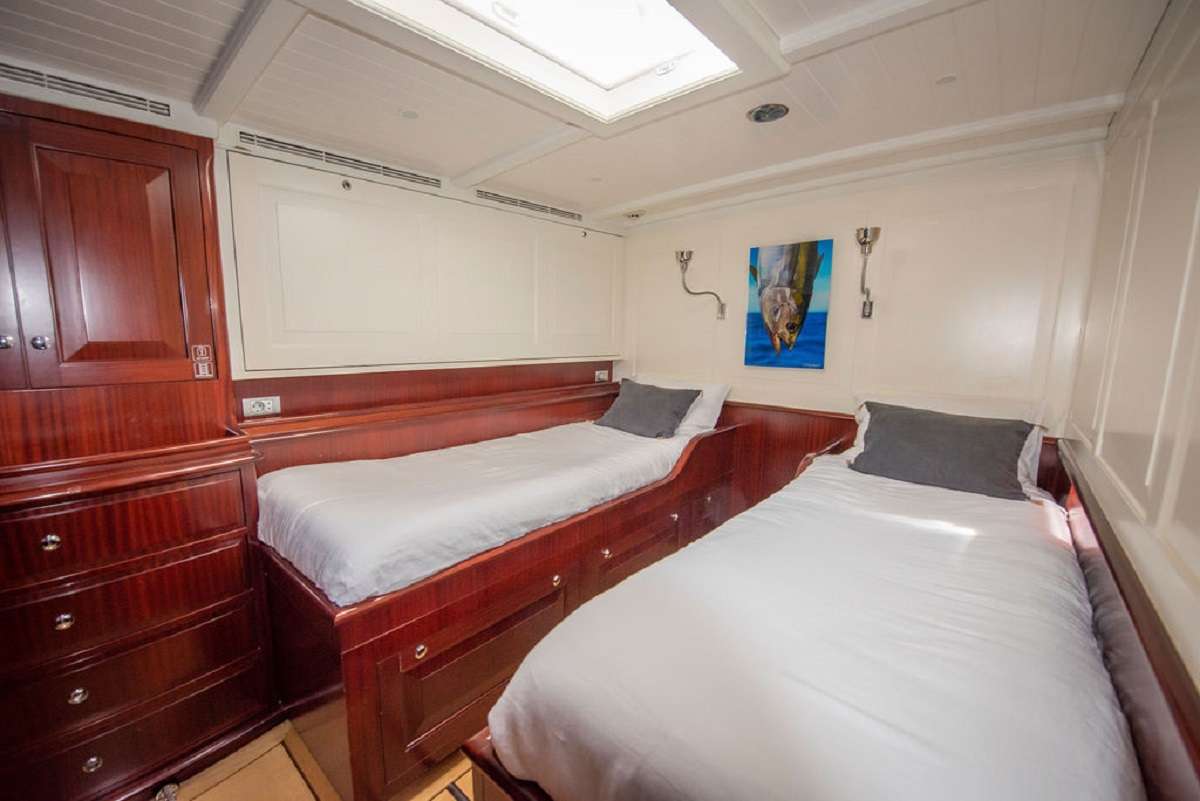 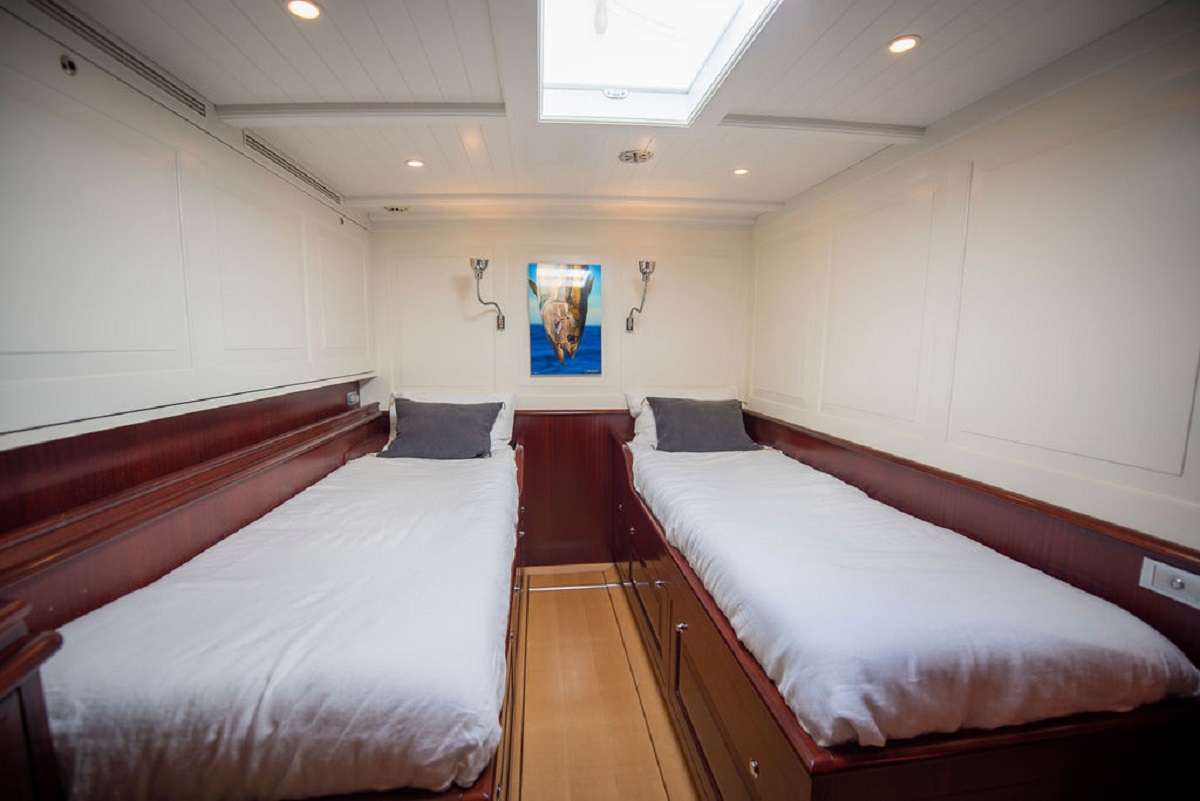 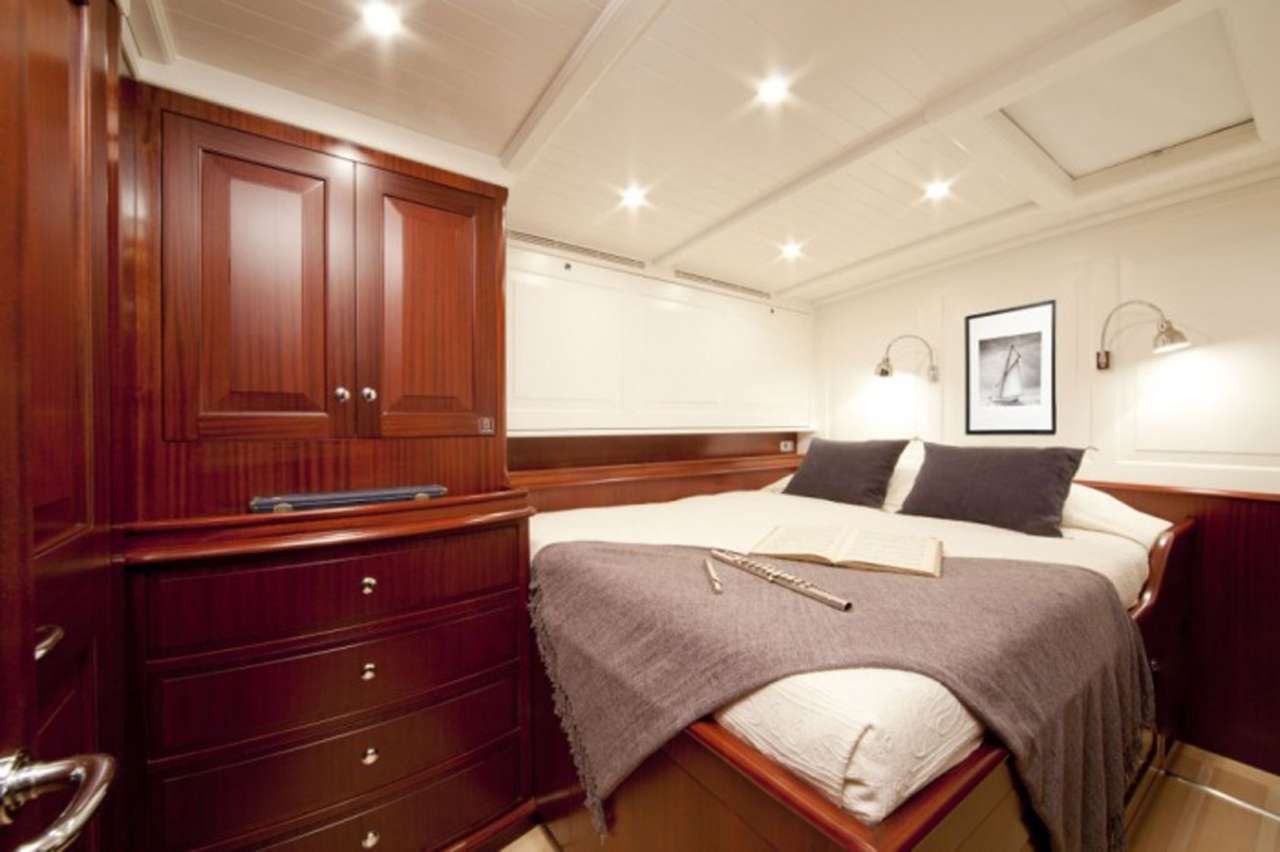 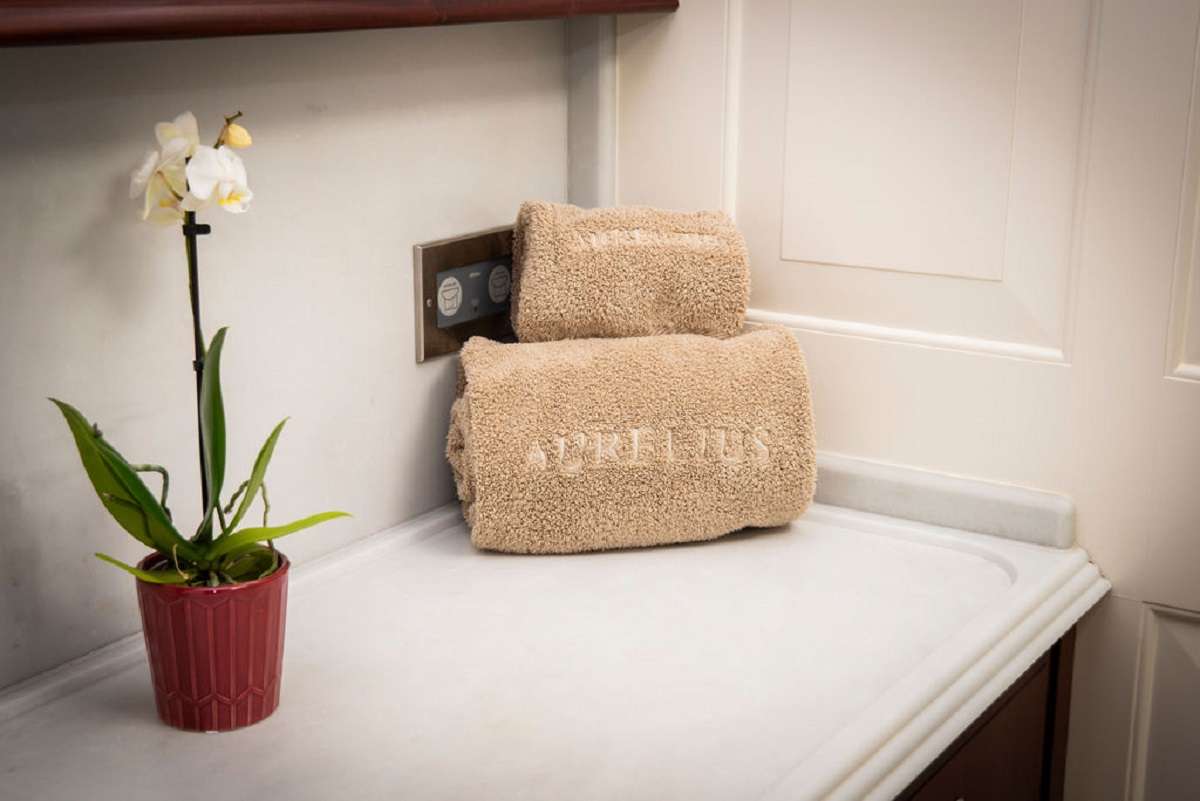 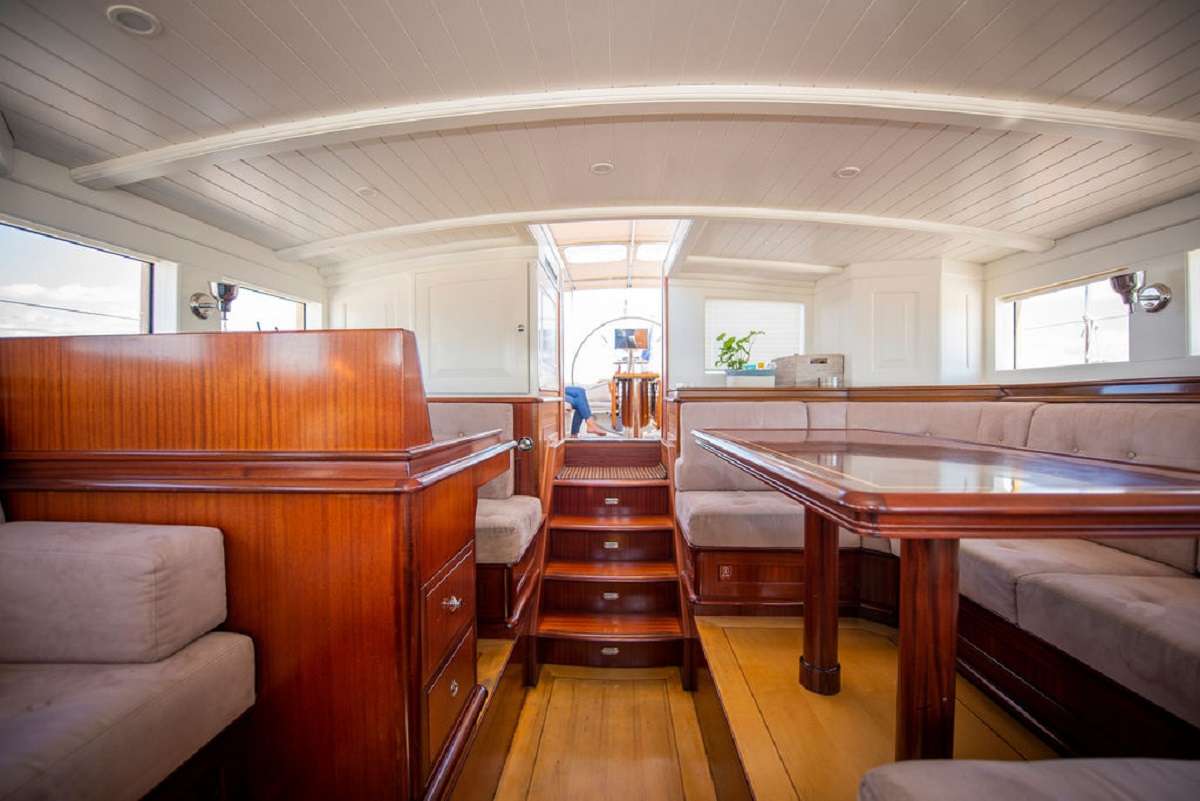 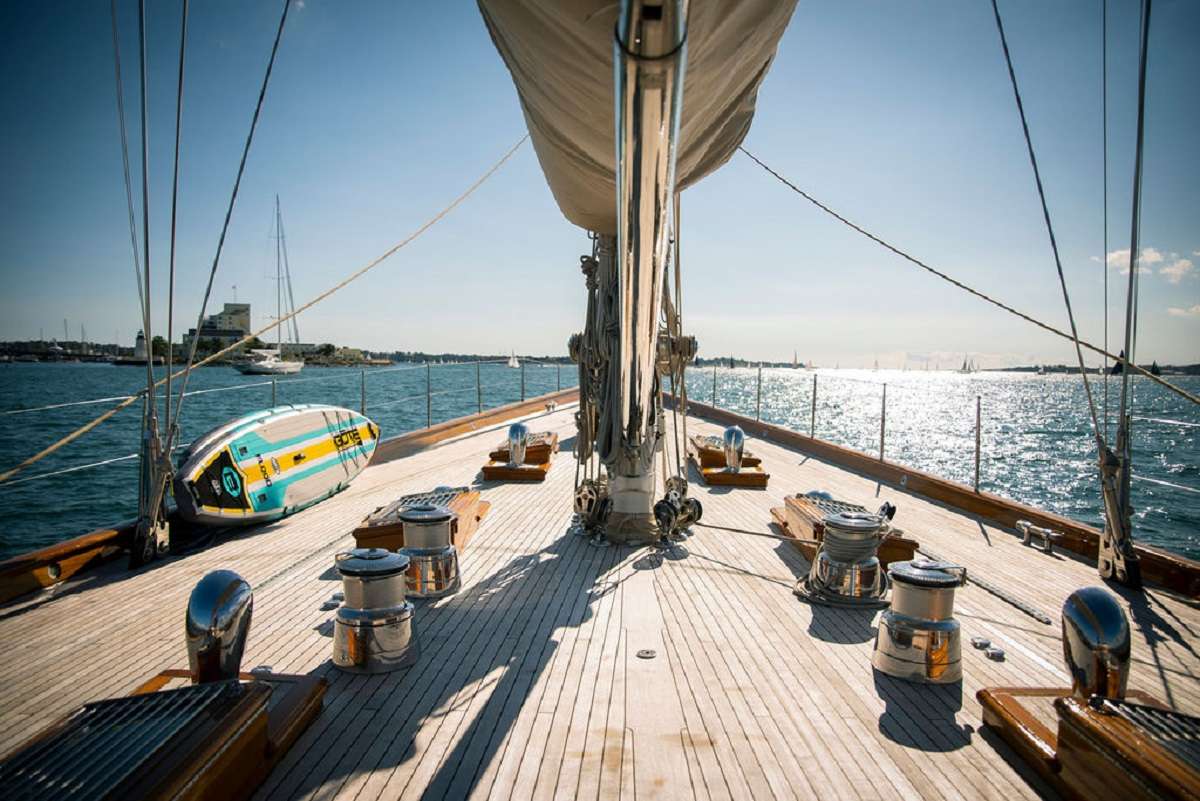 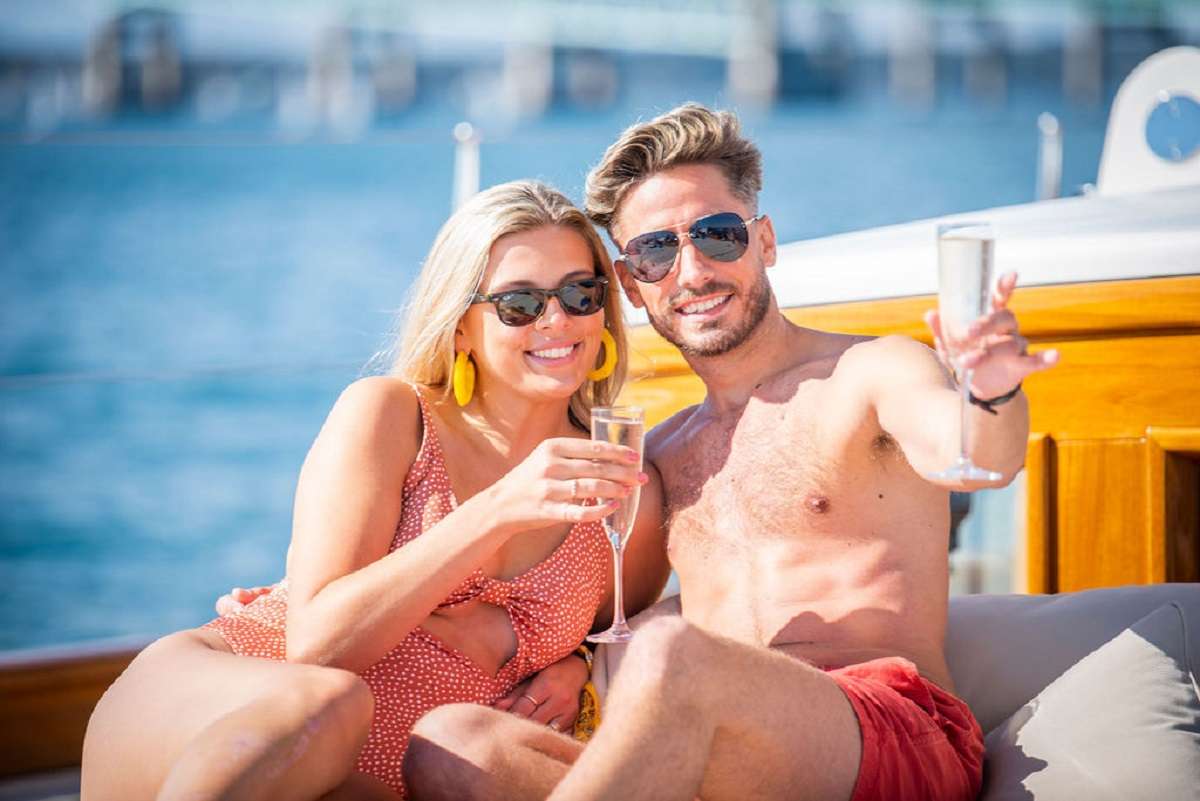 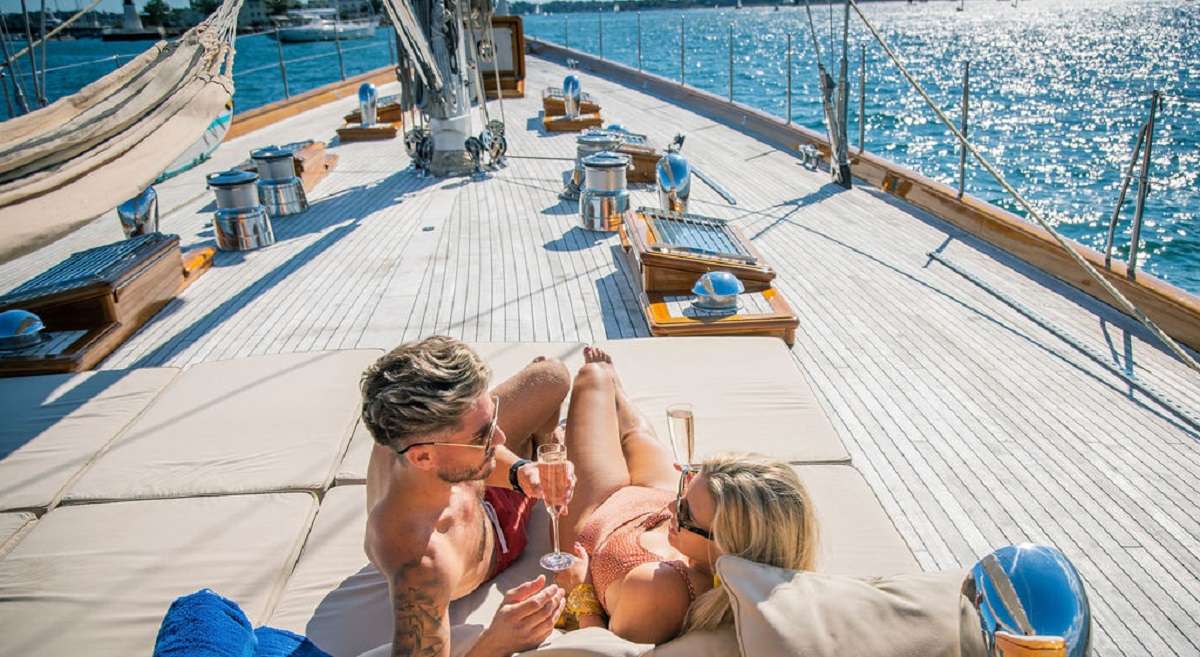 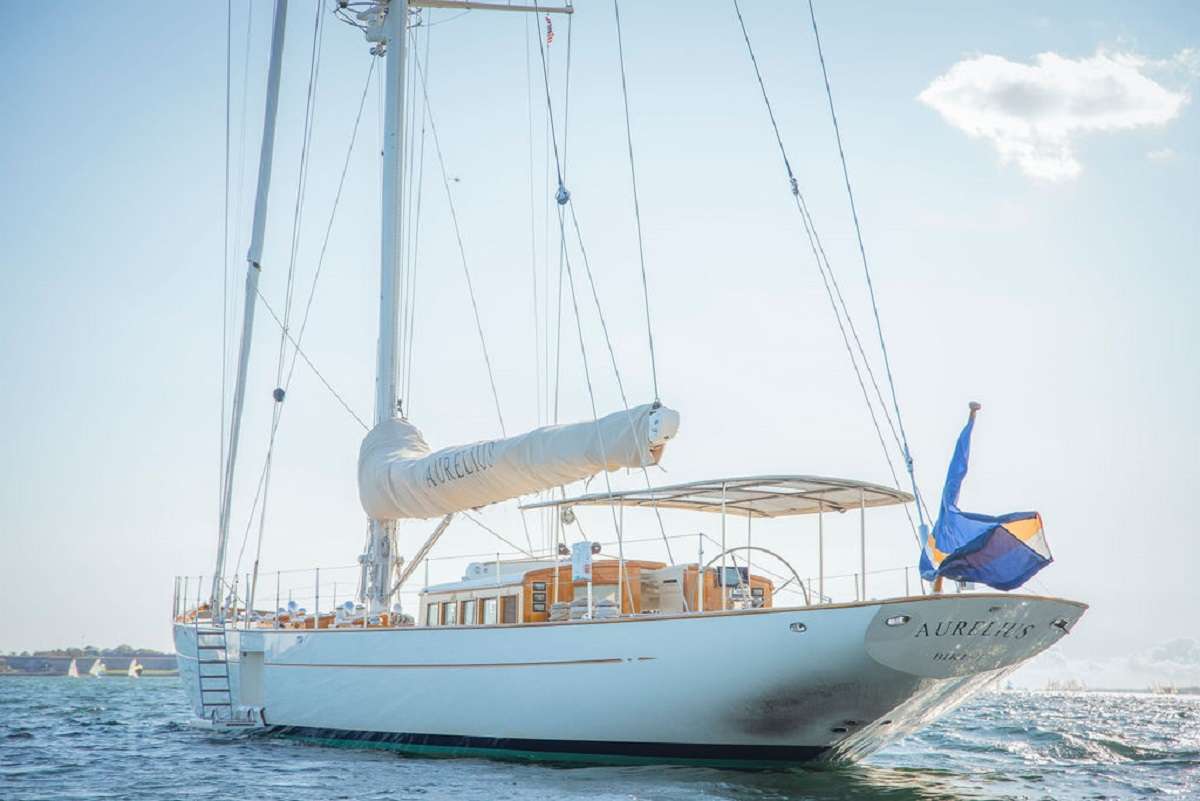 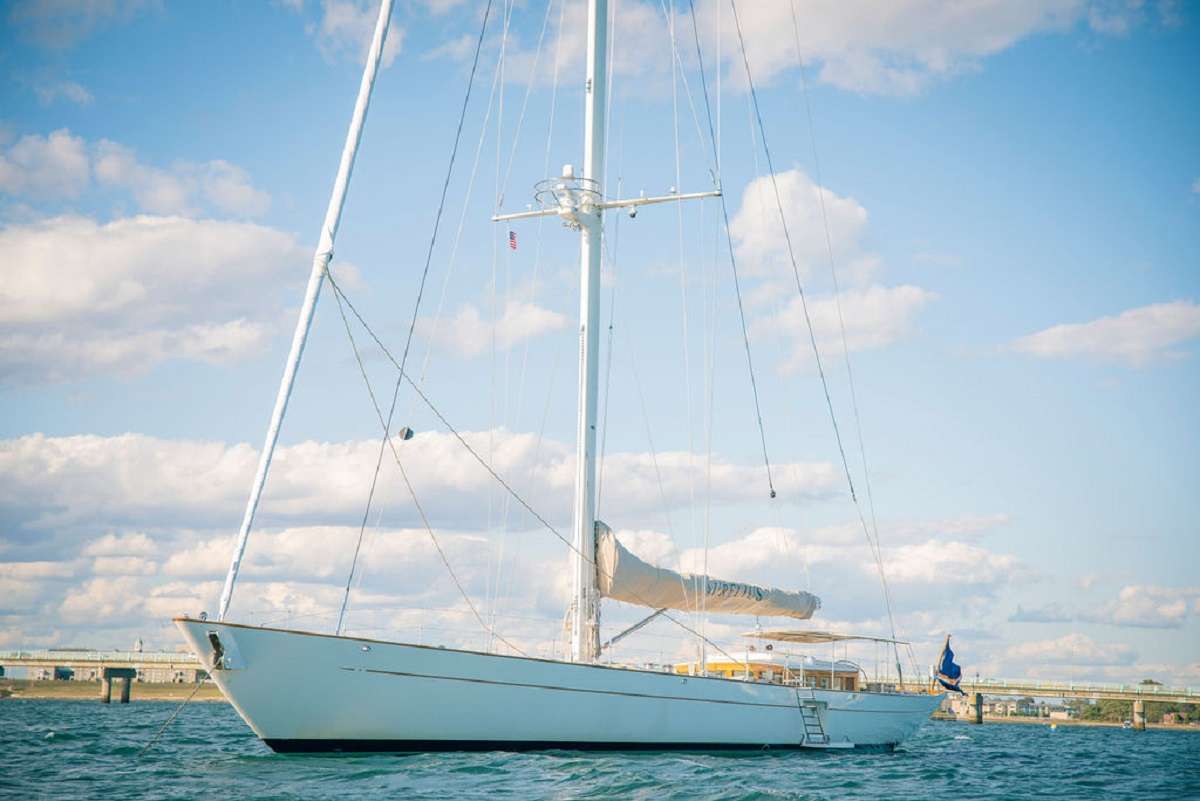 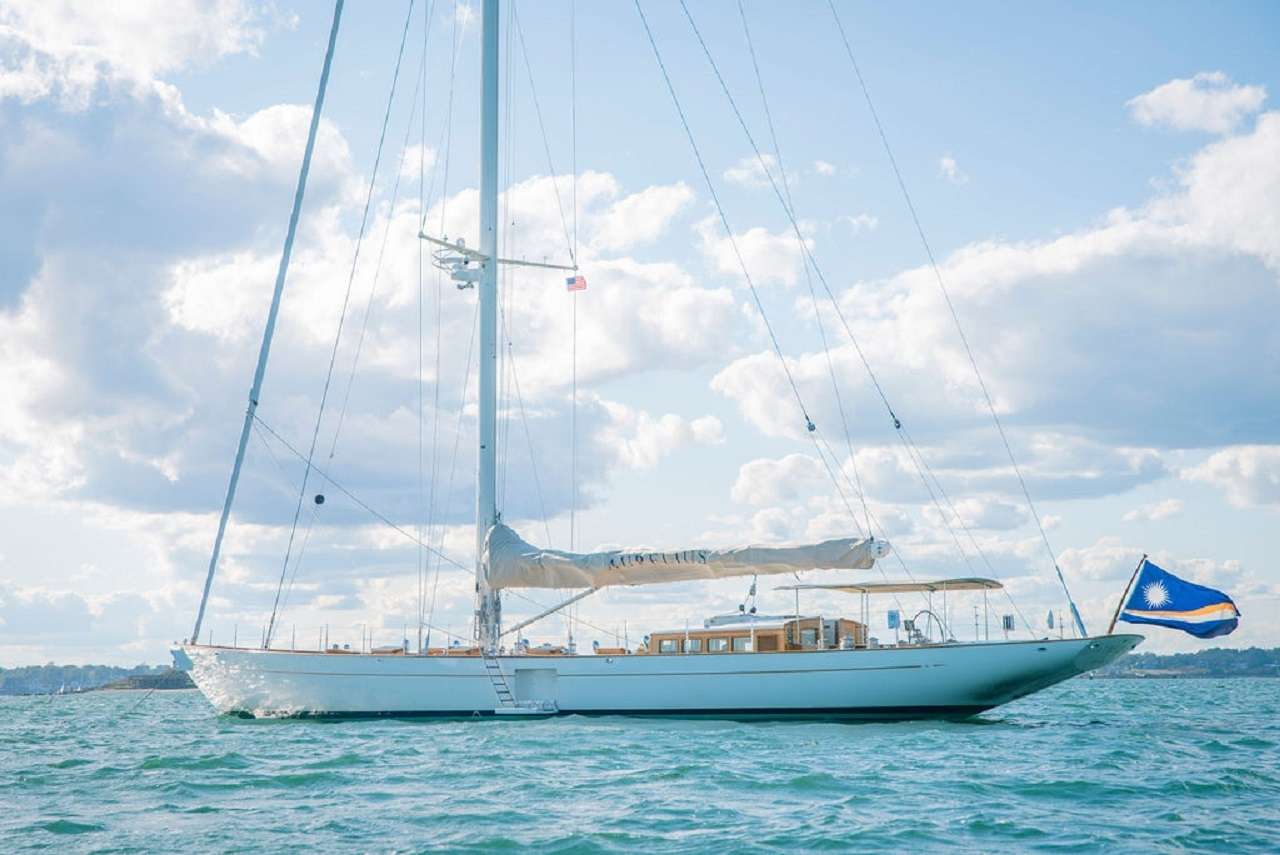 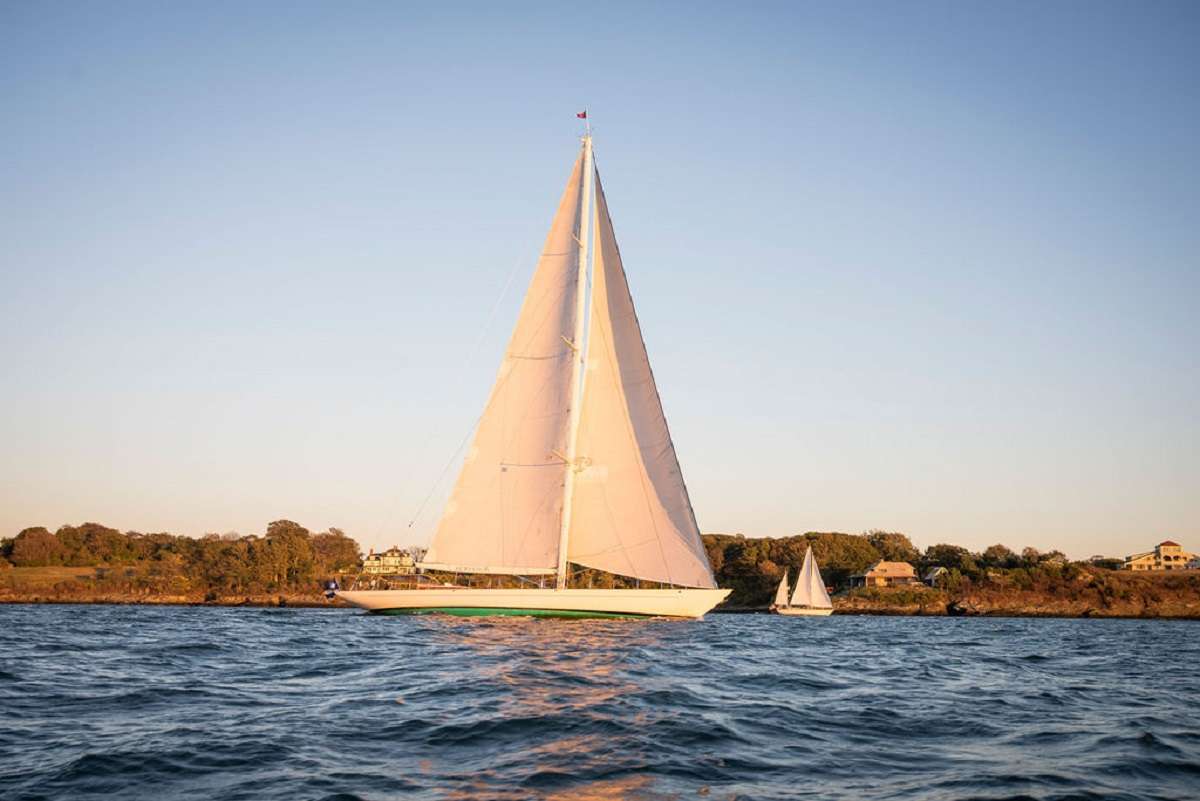 Captain Harry Blazeby:
Harry is from the south coast of England and has been sailing from a young age. After graduating from University with a Business degree in 2010 the call of the ocean proved too great. He met Freya at a sailing school in Portugal and he has been sailing professionally as a captain ever since. He holds an MCA 200-ton Master ticket in addition to his Yachtmaster.
During his 11 years at the helm, he has cruised throughout the Mediterranean from Mallorca to Mykonos, every island in the Eastern Caribbean, and up and down the East Coast of the US from Florida to Maine. In addition to 7 charter seasons, he has crossed the Atlantic under sail eight times and completed two crossings of the South Pacific culminating in over 100,000 sea miles.
Highlights from his career include traversing the Panama Canal, diving in the atolls of French Polynesia, swimming with humpback whales in Tonga, superyacht racing in the Caribbean and, of course, summer sunsets in Newport.
Harry and his partner, Freya, look forward to providing a first-class charter experience for their guests aboard AURELIUS.


Chef/Stew Freya Sanders
Freya has been working alongside Harry as Chef and Stewardess since their career began back in Portugal in 2010. Freya is from a sailing school family who are based in the sunny Algarve and was trained by her fastidious father. She also holds her 200-ton Yachtmaster’s license.
Since working on various private and charter sailing yachts she has pursued culinary training at the prestigious Ashburton School of Cookery in South England. Her cuisine has diversified through sailing trips through the Med, Caribbean and been influenced by the culture found in the South Pacific.
Freya is also passionate about sailing and helping out on deck and her professional experience has allowed her to become a versatile ‘all-rounder’ who can jump into any task. With exceptional attention to detail and her friendly demeanor, Freya looks forward to hosting you aboard AURELIUS. 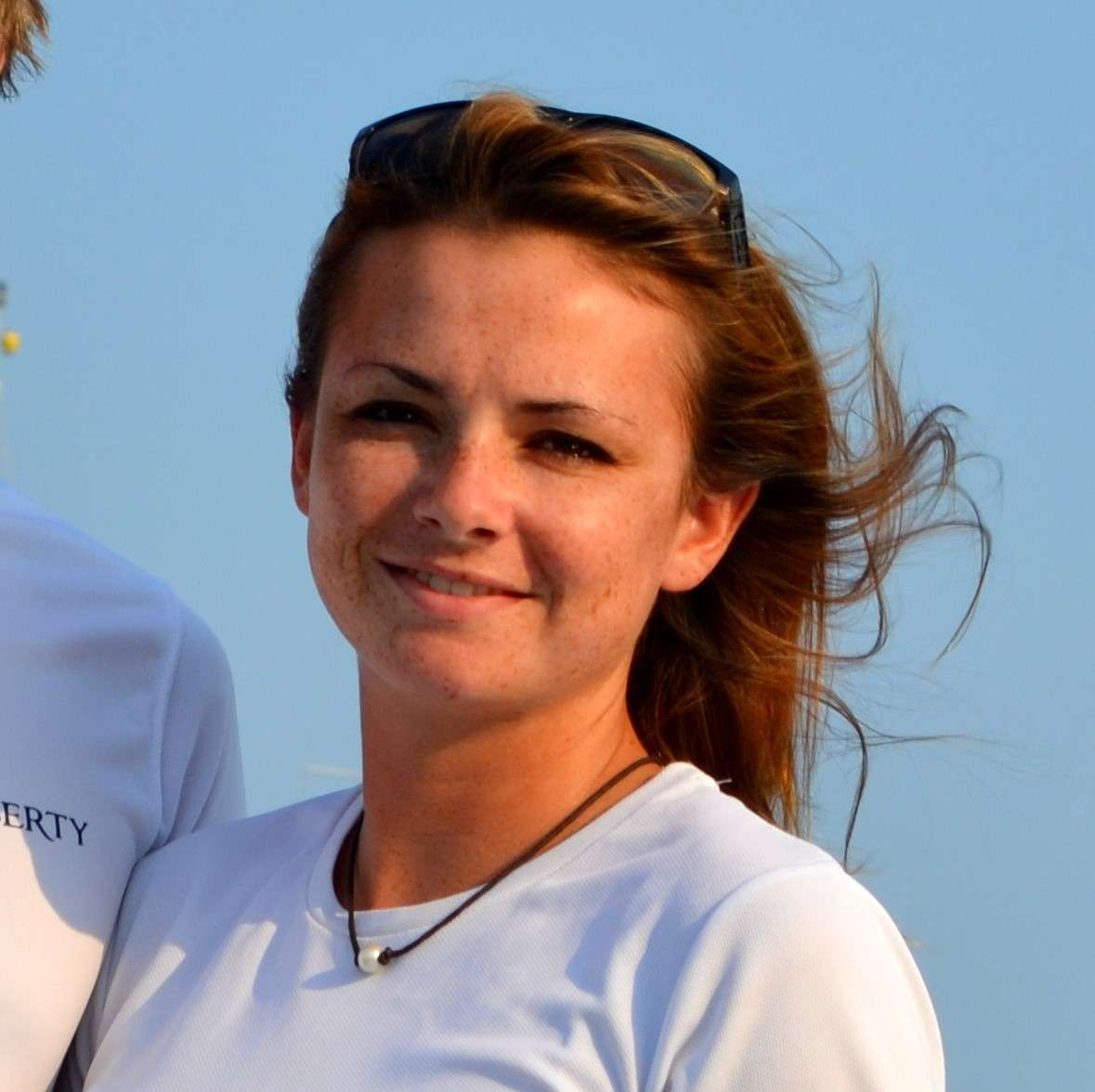