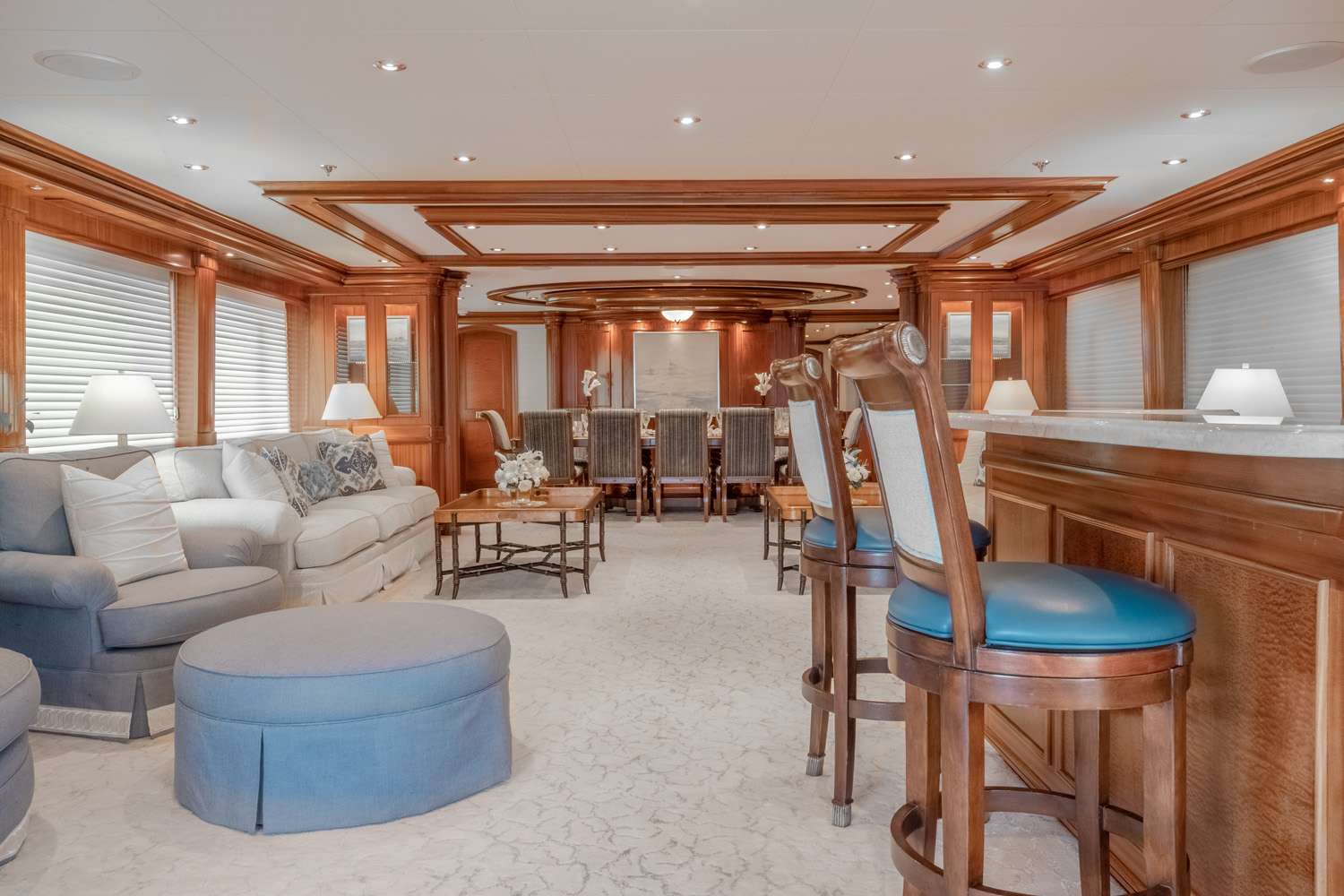 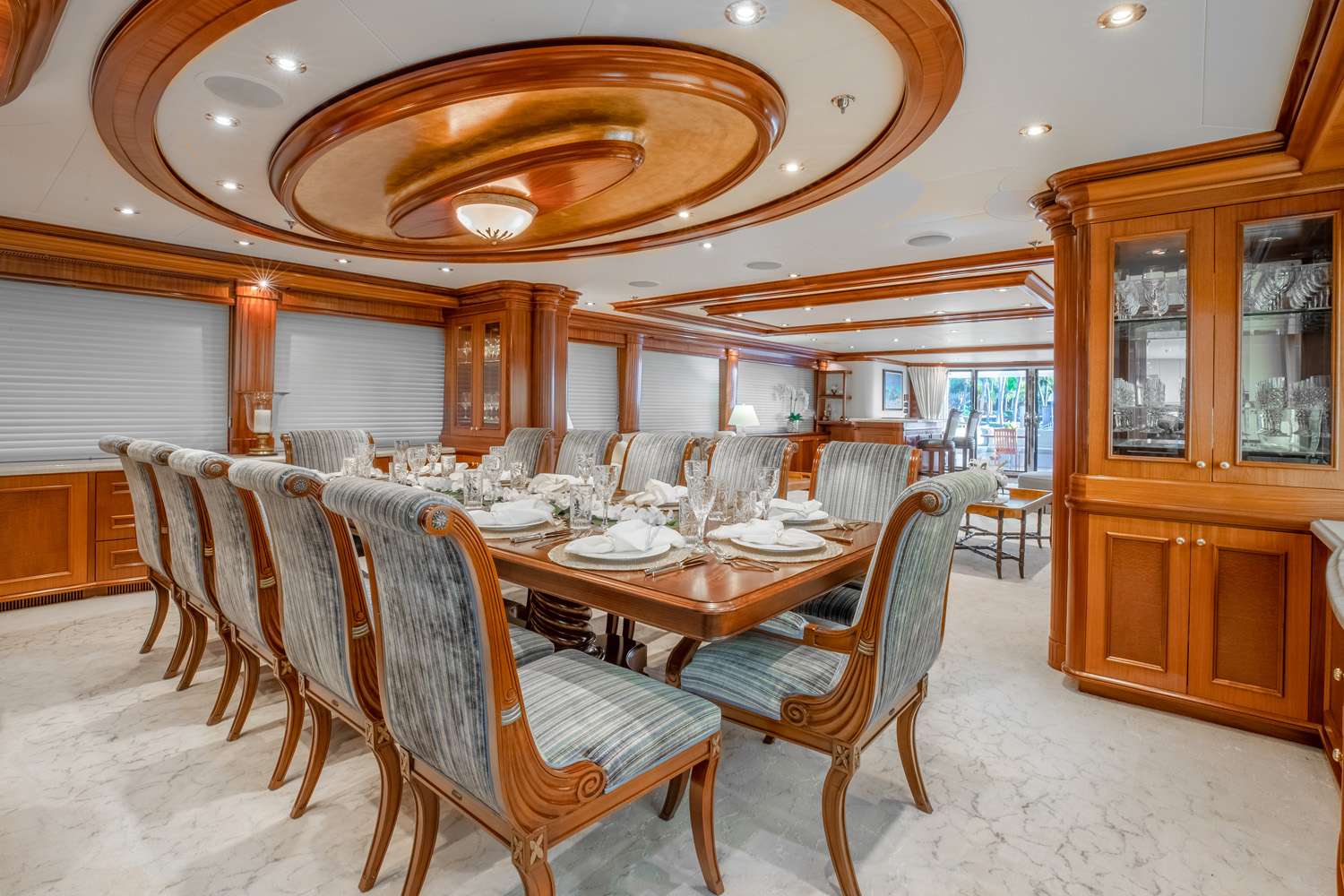 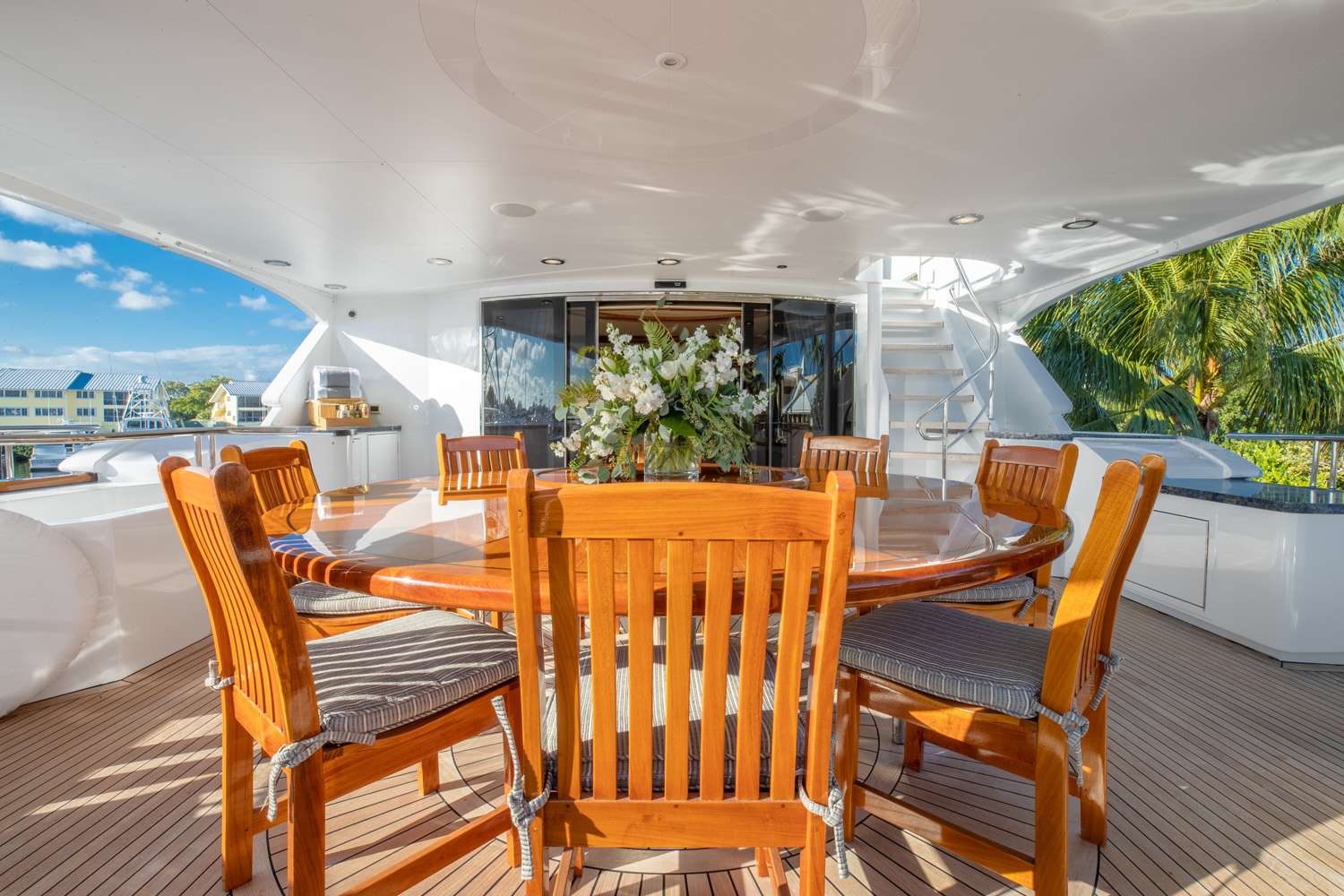 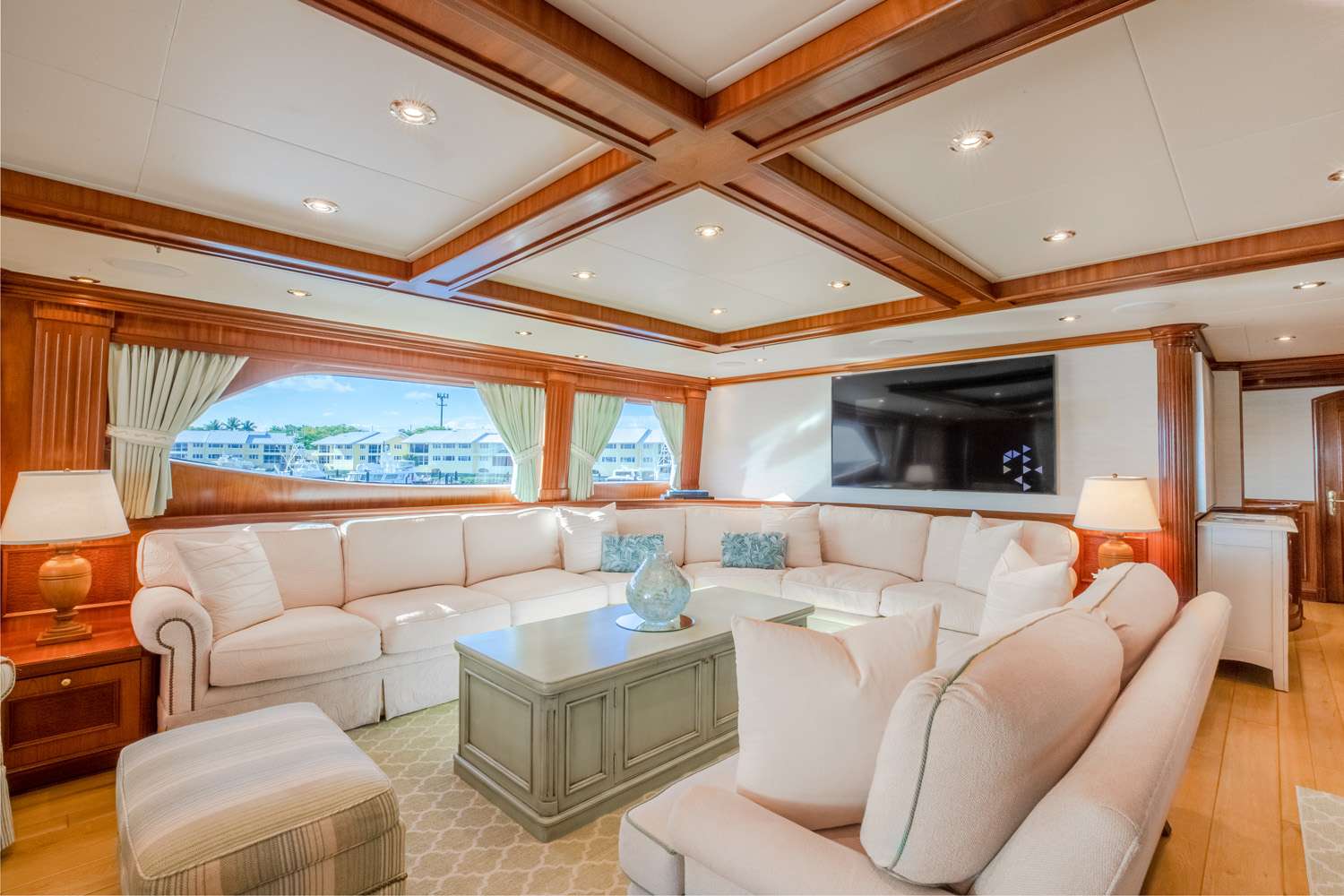 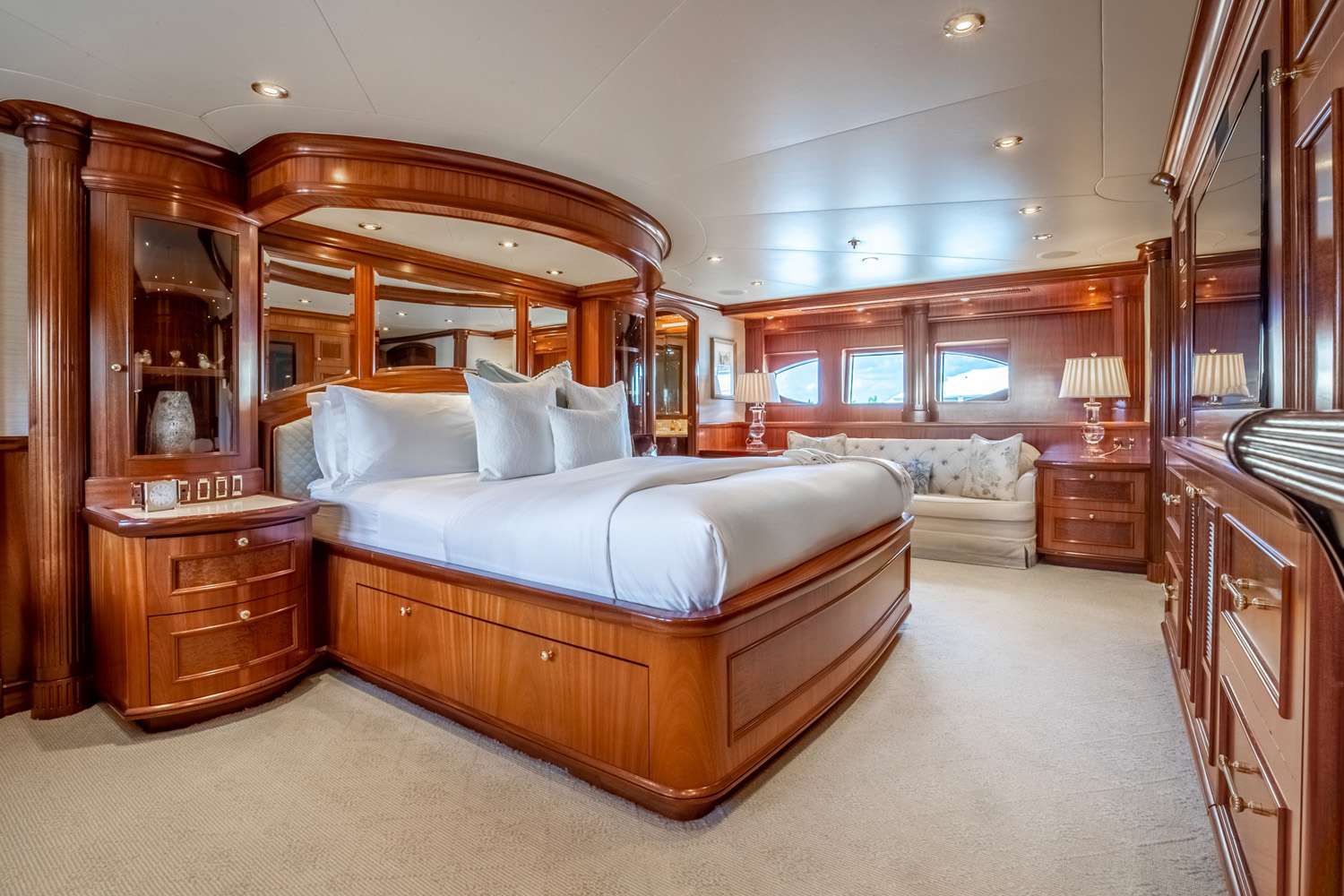 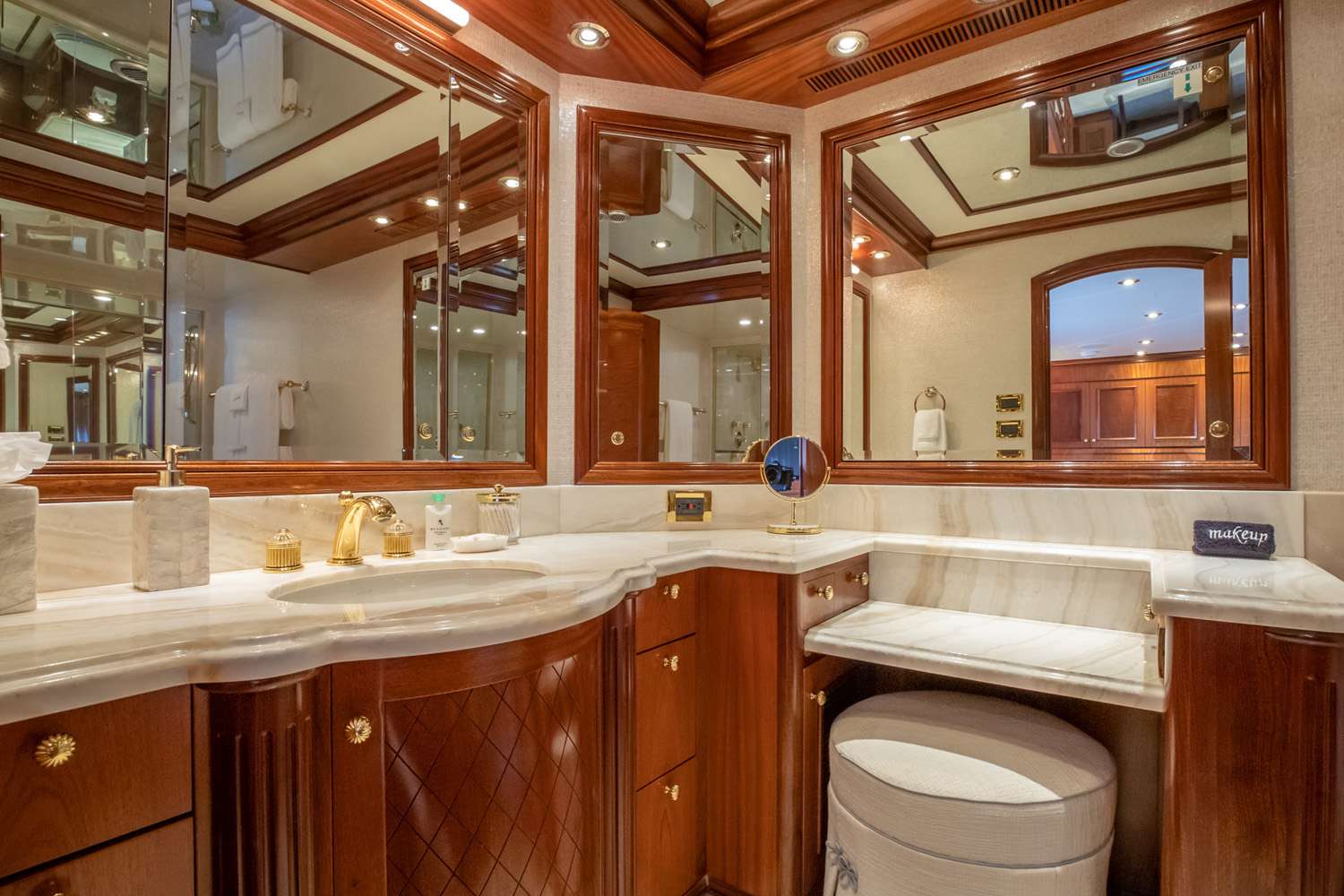 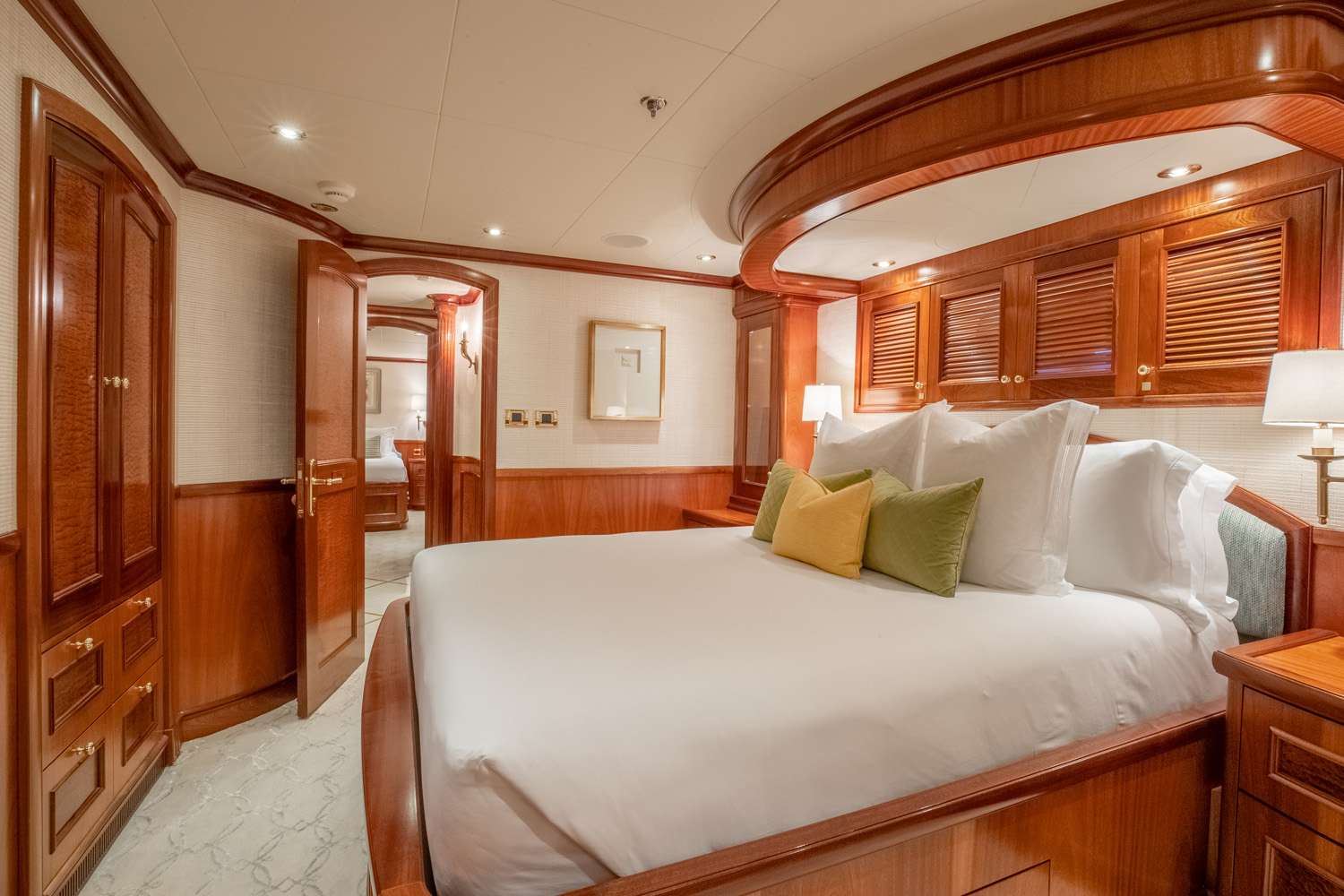 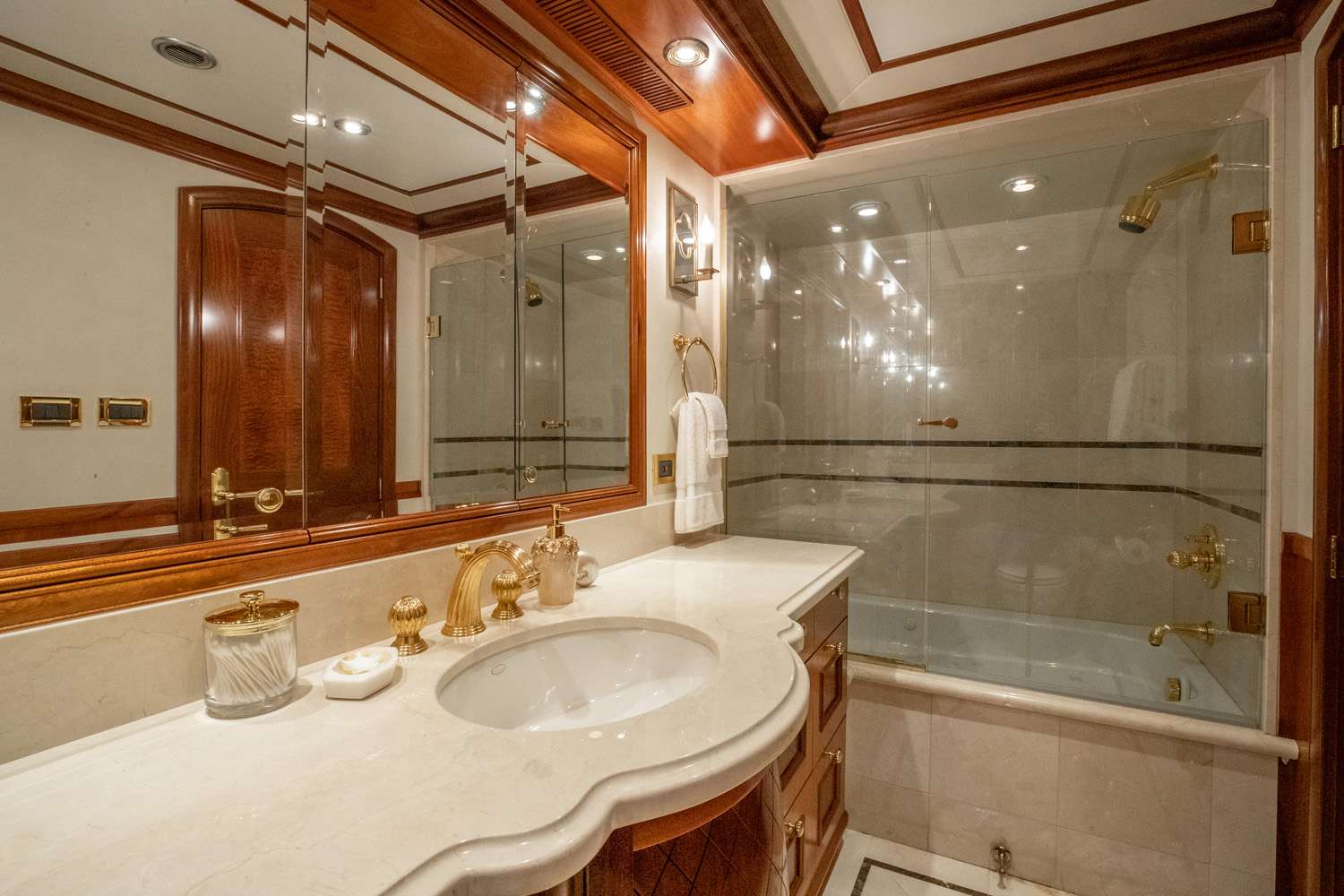 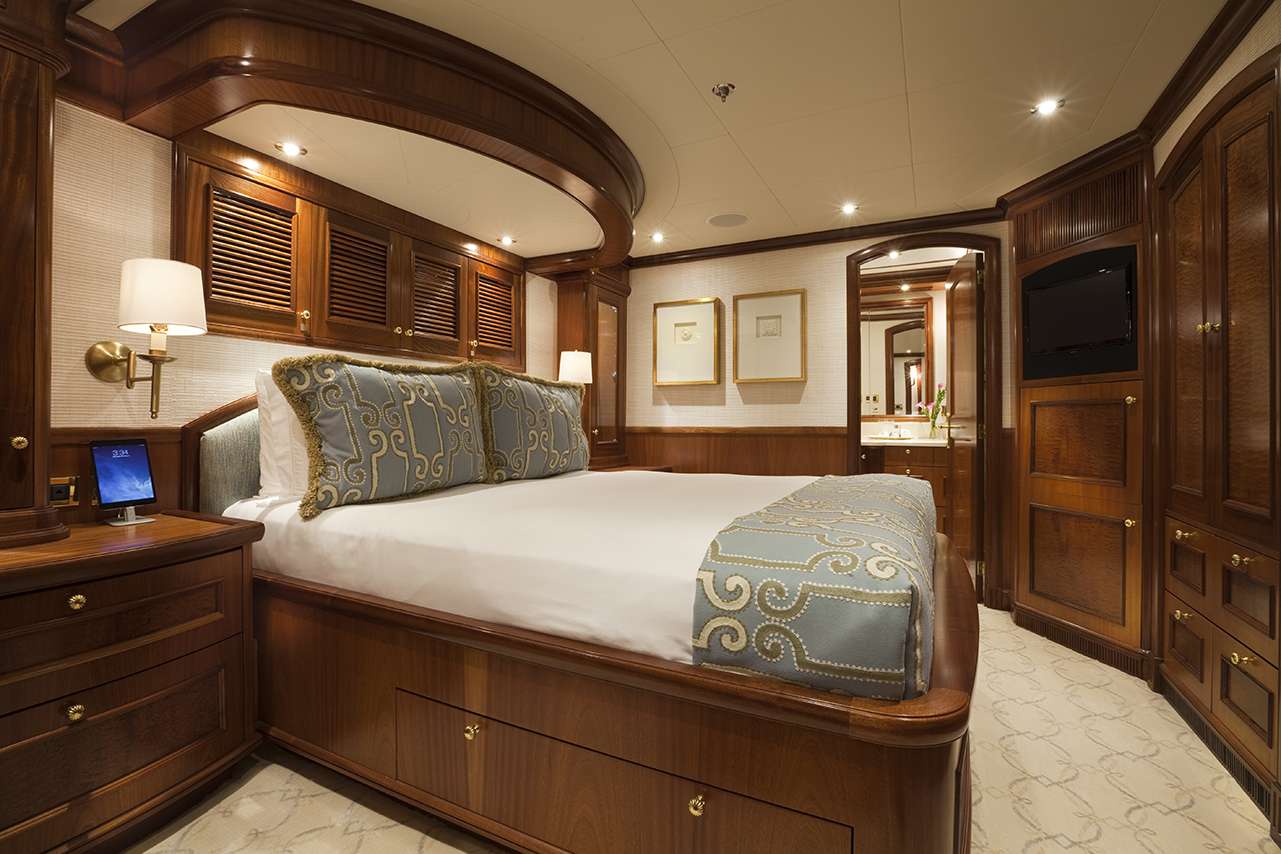 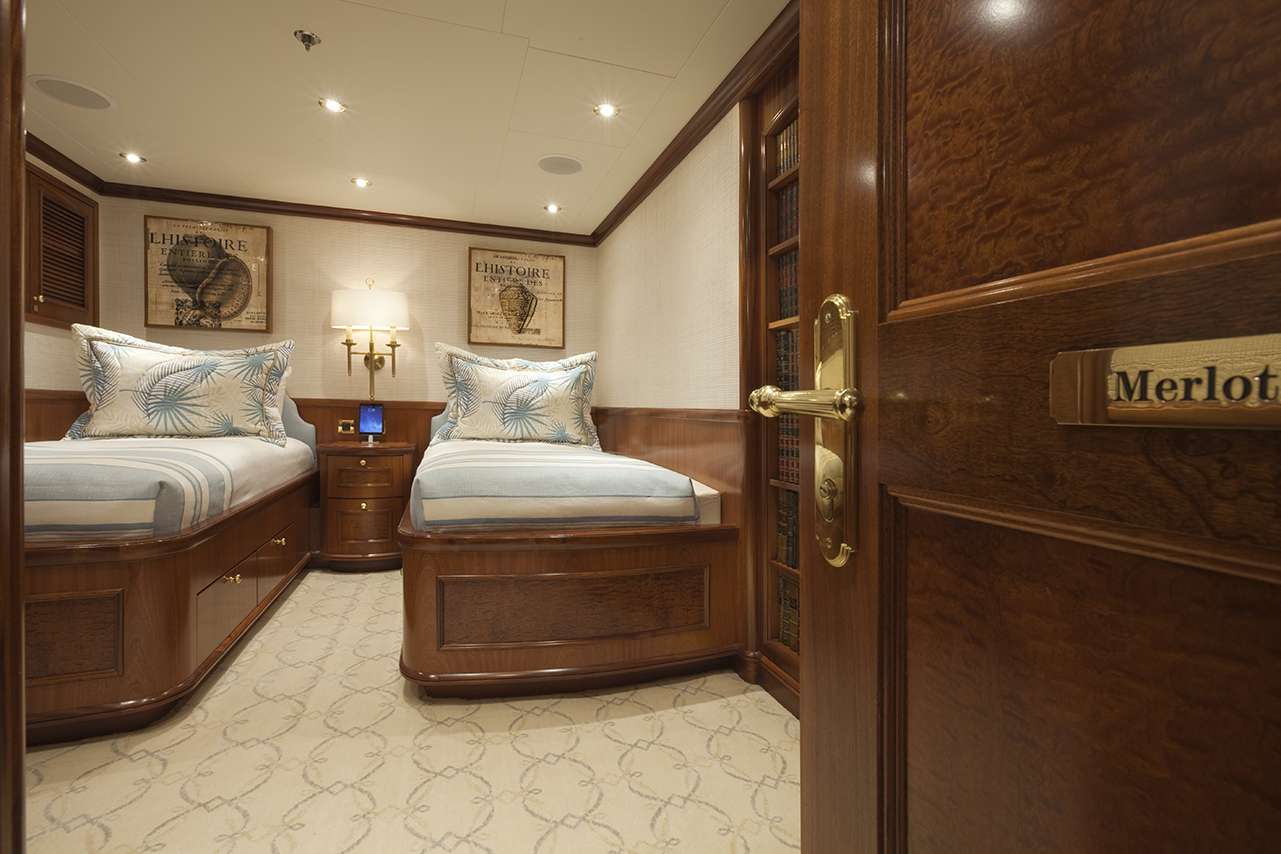 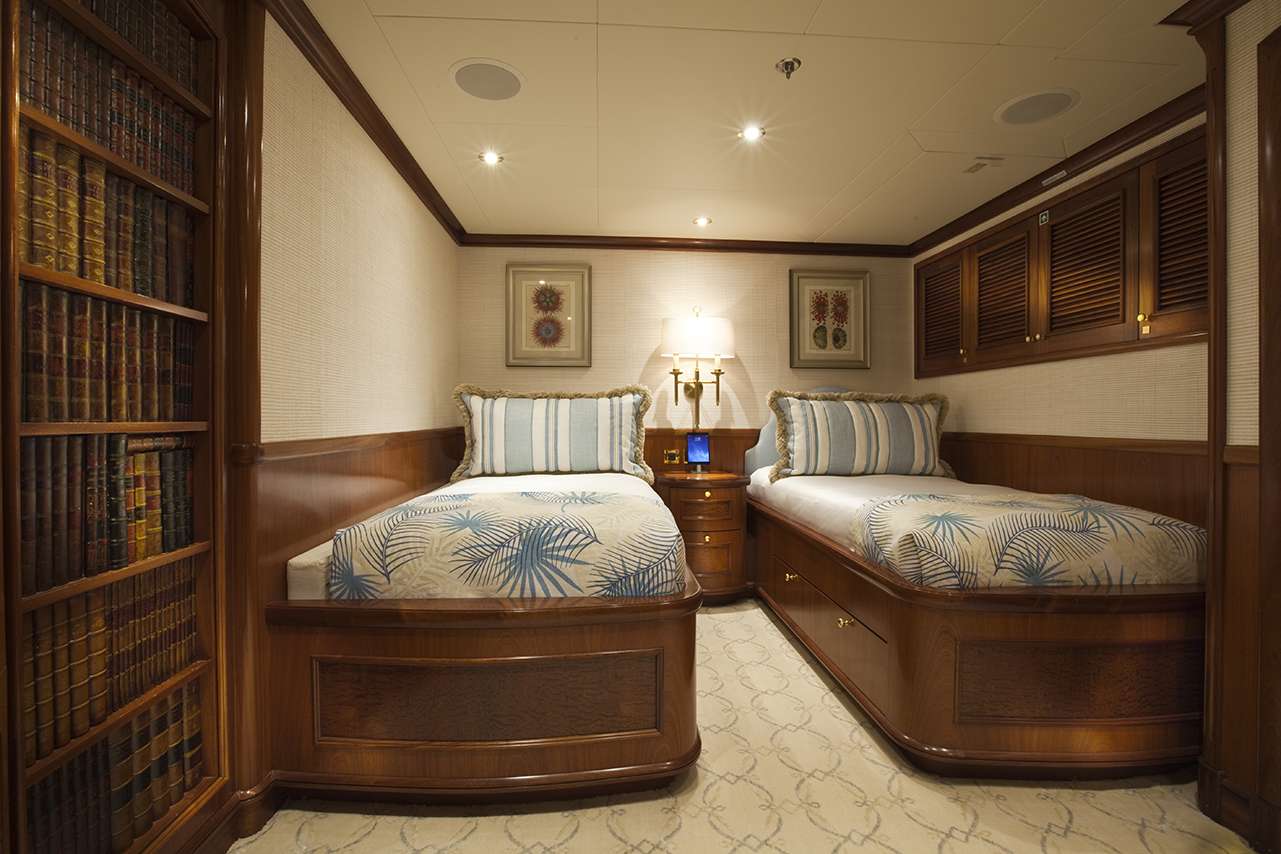 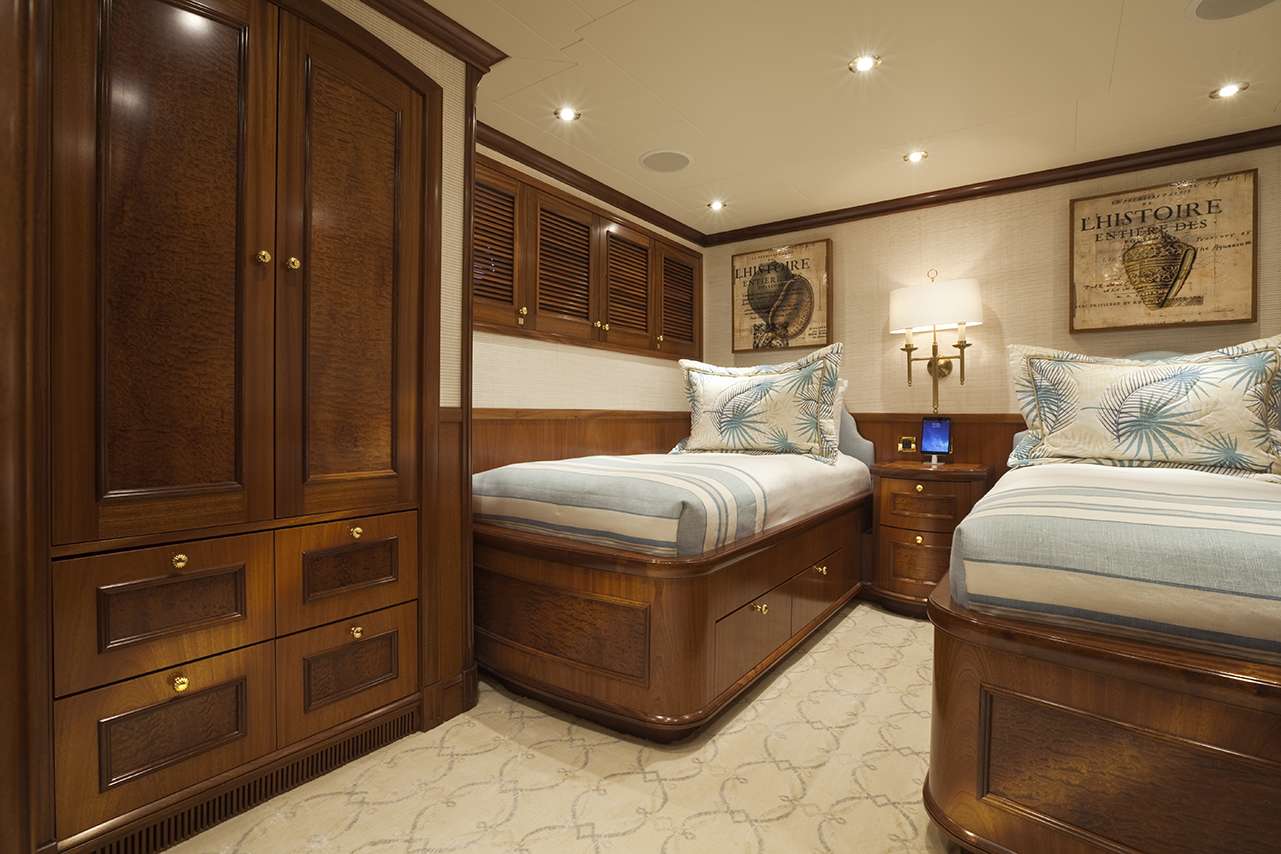 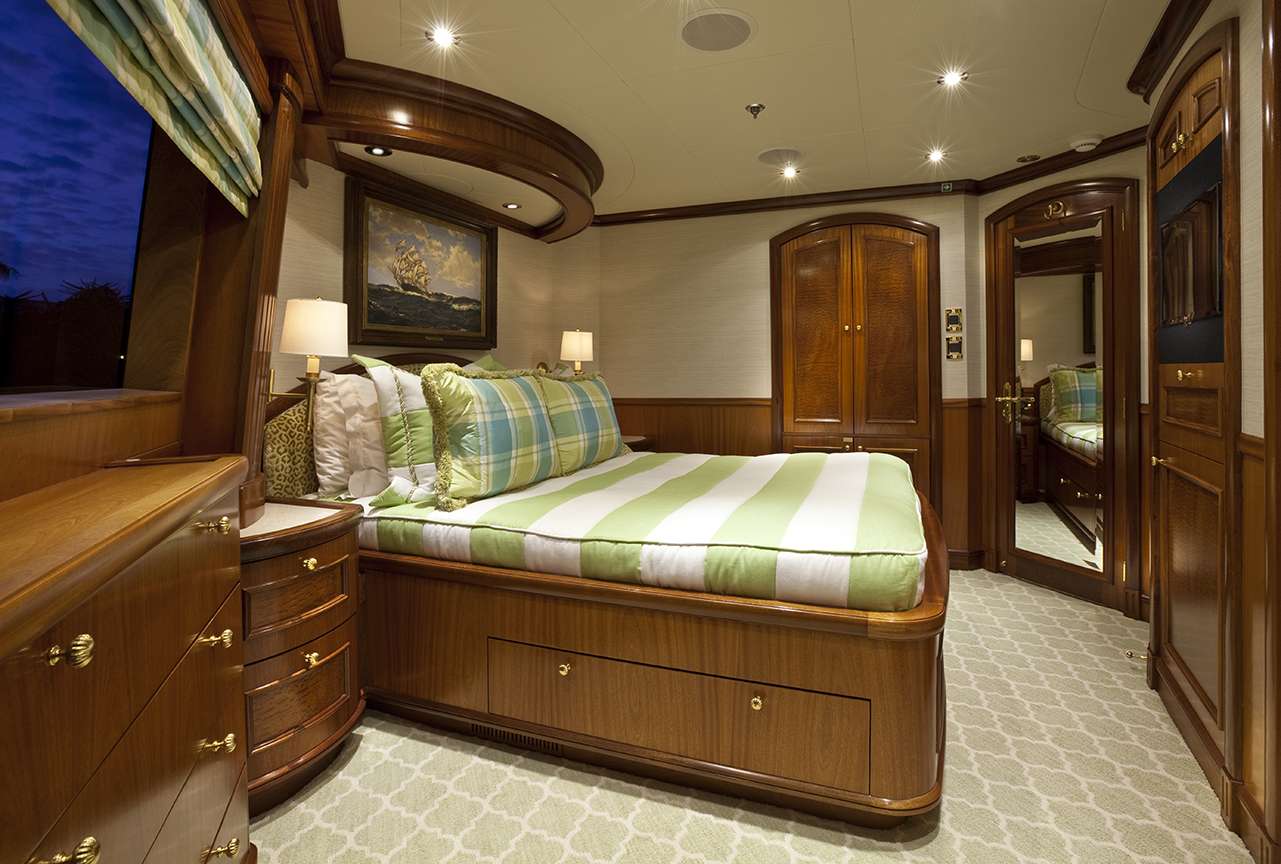 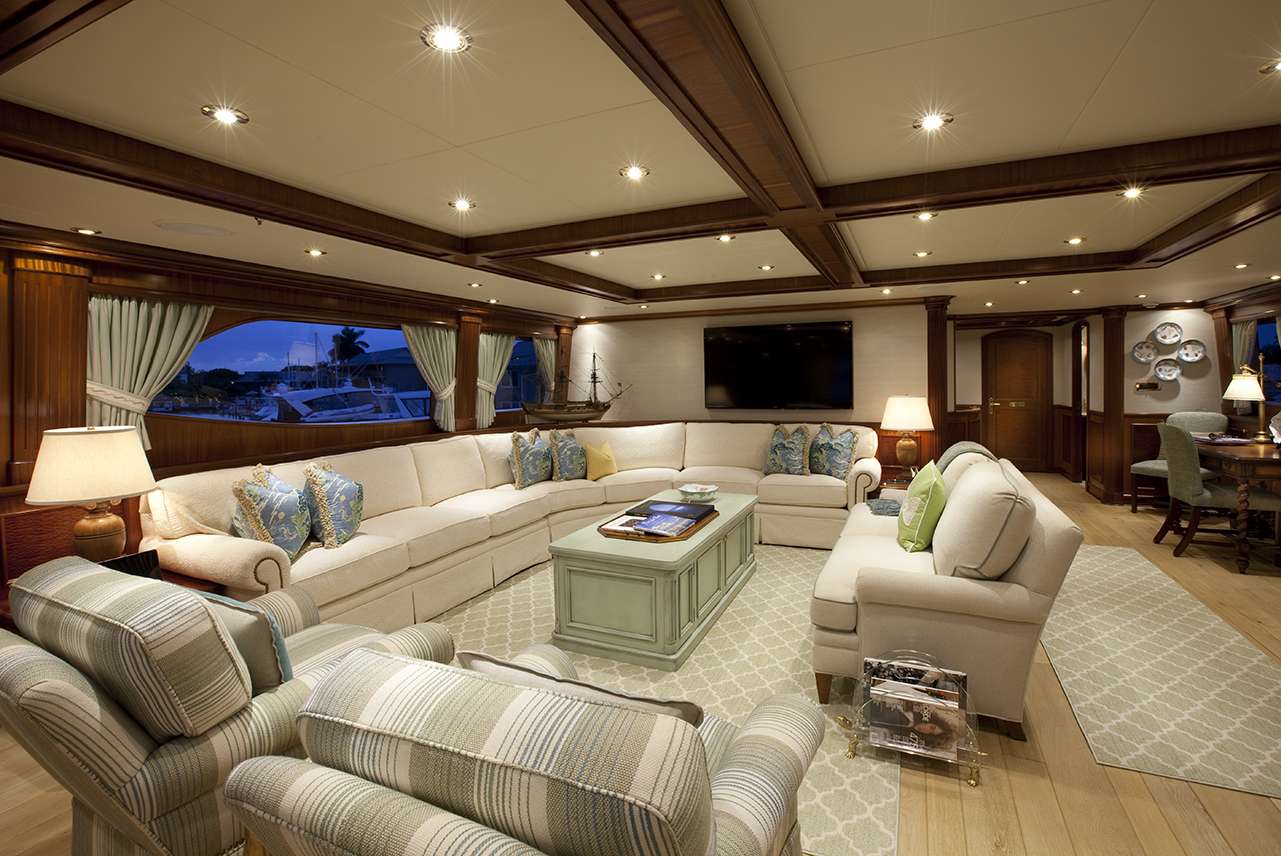 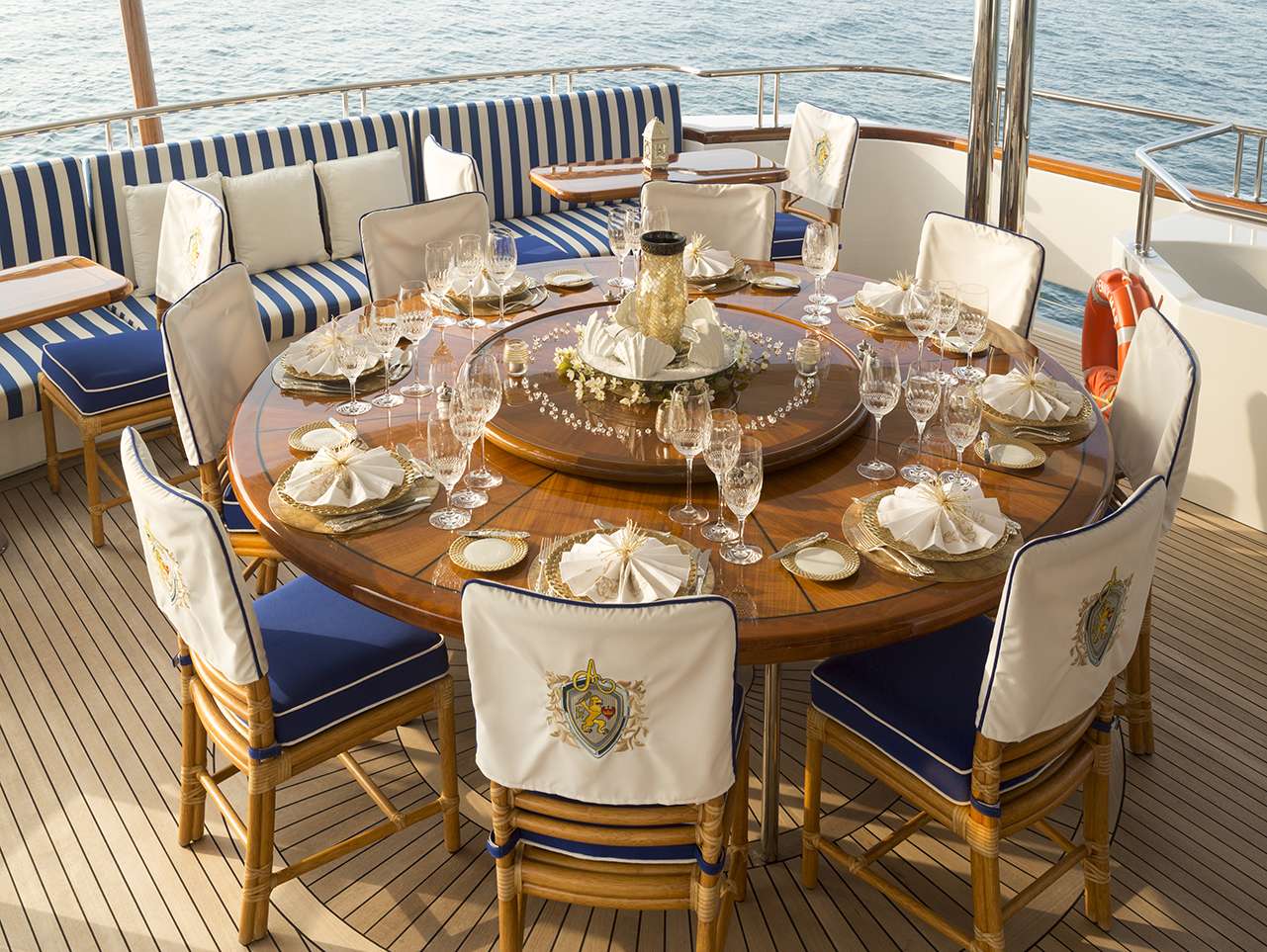 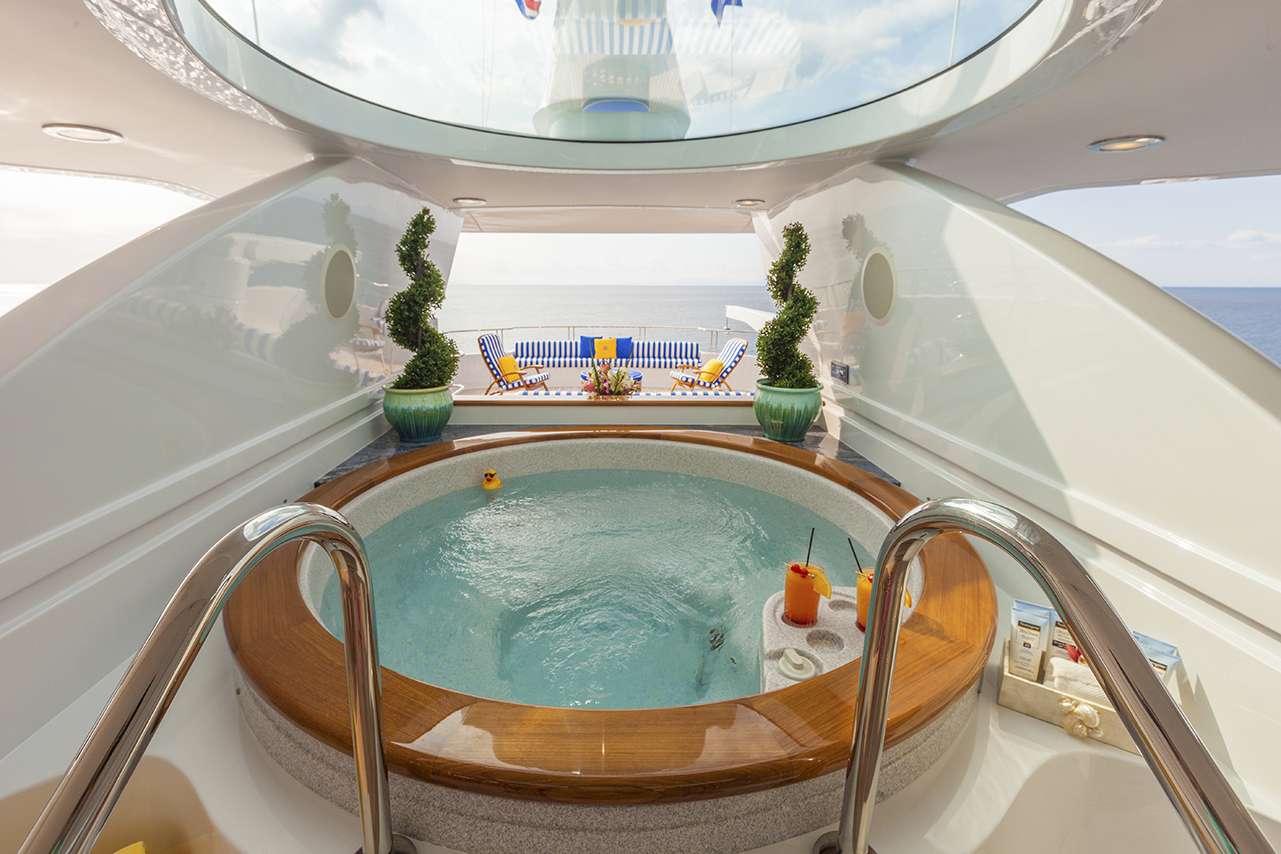 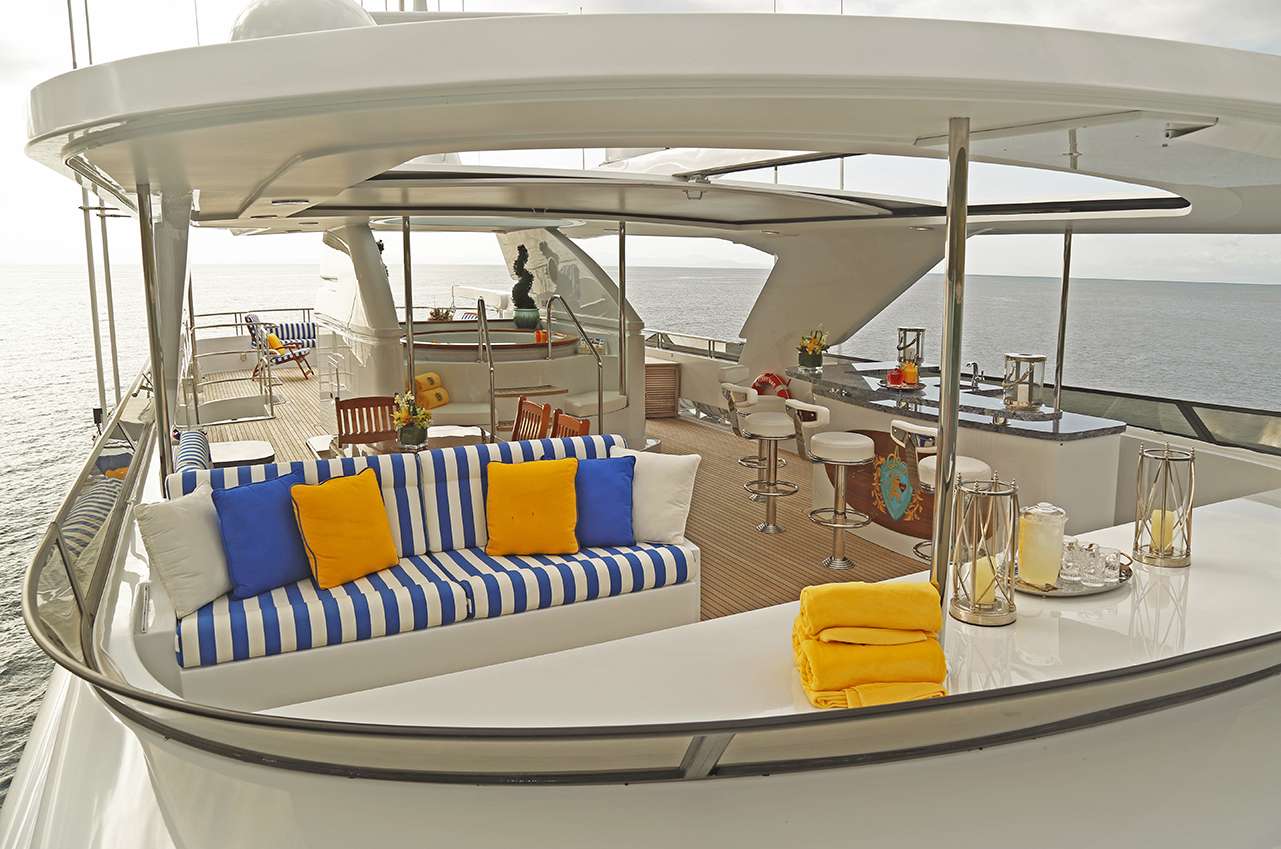 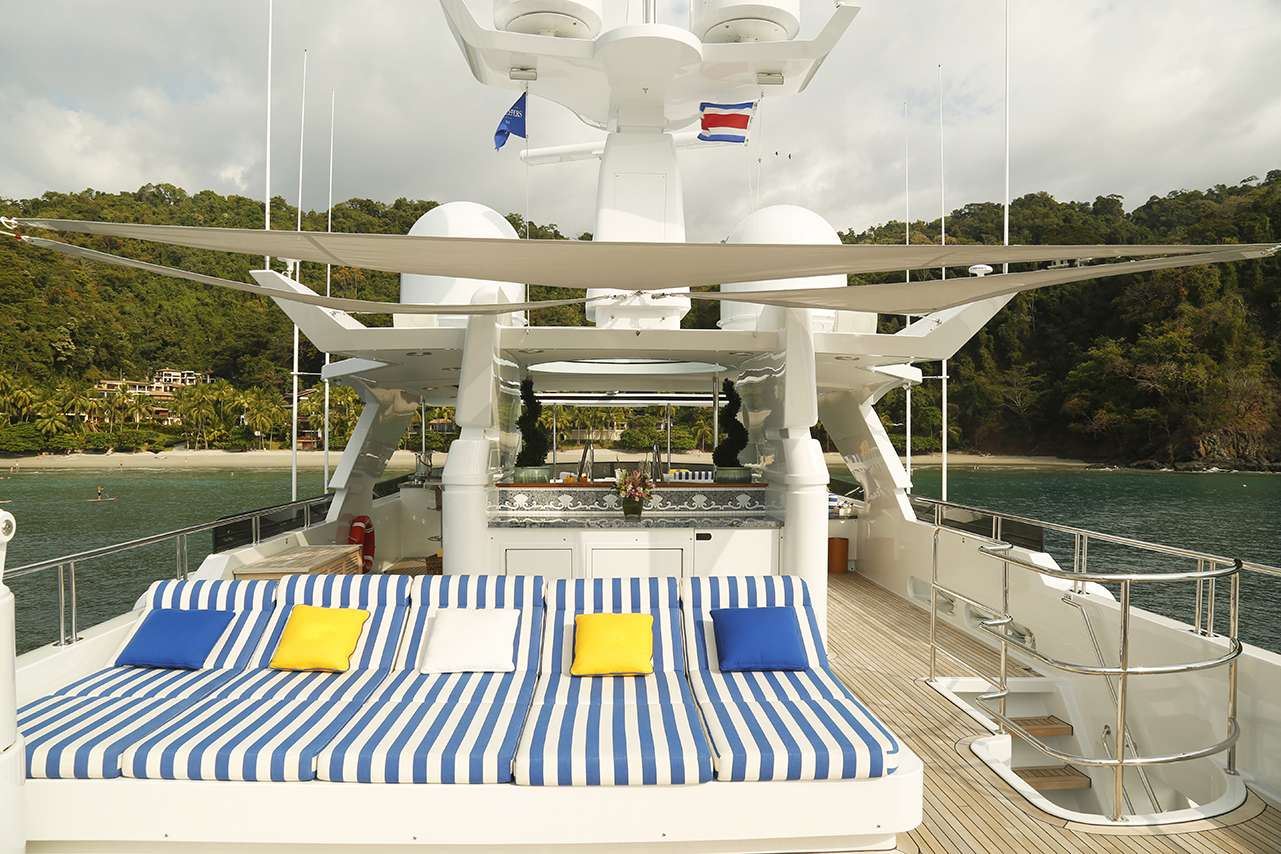 12 guests, · 0 Showers, · 0 Wash Basins
MISS STEPHANIE epitomizes luxury charter, with elegant accommodations and attention to detail throughout. She boasts a spacious interior including an on-deck Master suite, a lovely main salon and an inviting skylounge. Her exterior deck spaces do not disappoint, offering vast seating areas, al fresco dining and a large sun deck perfect for enjoying the stunning views that the Bahamas has to offer!

SCOTT GAFFGA | CAPTAIN | AMERICAN
Scott began his career on the ocean as a young teenager, working on fishing boats in the Florida Keys. Yachting became a natural progression as he entered adulthood. At the time he was one of the industry’s youngest captains to take the helm. From there he dedicated himself to one Owner through 3 boats, 2 new of them new-builds. Building one of the most successful charter programs in the Bahamas. Scott has been navigating the islands for 15 years and loves to show guests its hidden gems. His favorite pastime in the Bahamas is free-diving and spearfishing. When not traveling with TCB you’ll find Scott living the ultimate dad life with his wife and two young children.

BRENDEN TILLMAN | MATE | AMERICAN
Brenden is a native Floridian, born and raised in Stuart. Well known for unique waterways and diverse fisheries, the small town has shaped him into the yachtsman he is today. He grew up building wooden skiffs with his father and pursuing local game fish, which developed into a true passion for boating and all activities on the water. His early career, as a sportfish mate, was spent in the Bahamas chasing pelagics, as well as spearfishing its many out-island reefs. Brenden is proud to be aboard M/Y TCB and make sure guests experience a safe and unforgettable adventure. Even in his free time, he can be found wherever the fish are biting.

JAKE COOKE | ENGINEER | BRITISH
Jake was born and raised in Bristol, England, the son of an engineer. He followed his father’s footsteps into engineering. Jake completed a three year technical apprenticeship with the U.K. Ministry of Defense. His wanderlust brought him to the world of yachting, where he could marry his skills with the desire to see the world. He is a fun energetic part of a great team. During his off-time he enjoys staying active by playing football (soccer), golf, spearfishing and offshore fishing. P.S he also make a great cup of tea!

AMY HAYWOOD | CHIEF STEWARDESS | UK
Amy was born and raised in Sheffield, England. While working in hospitality she decided to join yachting and transfer her skills into a career that would allow her to travel. During her free time, Amy loves to stay active and explore all the places that yachting takes her, such as discovering remote beaches and trails and learning about the islands rich cultures. Having been well travelled, Amy prides herself in creating unique specialty cocktails, beautiful tablescapes and fun- filled theme parties. Amy is dedicated to making your time onboard unforgettable!

BRITTANY FAVORS | 2nd STEWARDESS | AMERICAN
Brittany, was born and raised in the beautiful seaside town of Stuart, Florida. With a love for the outdoors as an avid scuba diver, Brittany left her job as an Emergency Room technician and has begun her career in yachting. The majority of her life she has been on and around the water with her family, taking advantage of Stuarts breathtaking scenery. She also enjoys coaching lacrosse in her free time as well as practicing photography with friends. Brittany is looking forward to this new venture and is excited to travel and bring new positivity in her life while creating unforgettable memories onboard M/Y TCB.

ALEX FLANNERY | CHEF | AMERICAN
Like so many chefs, Alex began his career in the back of the house. He scrubbed pots and pitched in with prep work in several restaurants as he finished high school and went to college, all the while searching for a suitable career. Over time, in kitchen after kitchen, he watched the magic that builds all culinary obsessions – simple ingredients combined with trusted techniques that result in something delicious. He was hooked and decided to make the kitchen his home.
Since then, he’s worked with many accomplished chefs in renowned restaurants across the United States. He cut his teeth preparing the artistically crafted masterpieces served in the Henry Waugh Dessert Room at the storied Bern’s Steak House in Tampa, FL . From there he went to Chicago, New York, Philadelphia and beyond. Le Bernardin is on the list, as is Park City, Utah’s Stein Eriksen Lodge, where he learned to work with chocolate under the tutelage of Executive Pastry Chef Raymond Lammers.
In recent years he’s led the line, rather than just working behind it. At Union Trust Steakhouse in Philadelphia he managed a team of pastry cooks and oversaw everything from ordering to menu planning. At the Refinery in Tampa he played a crucial role in developing components for the playful and oft-changing menu centered on local ingredients and novel preparations. He has since travelled outside the kitchen and into the private chef world where he caters to the elite in various locations around the world.

ERICK VILCHES | DECKHAND | AMERICAN
Erick hails from the land-locked town of Austin, Texas. After spreading his wings and attending Visual Arts School in Germany he realized he wanted to pursue a career that would abide his wanderlust spirit of traveling the world. He discovered yachting and quickly realized the industry fit well with his spirit. Erick is a third-degree black belt wielding ex-firefighter with a soft side for painting and sculpting. The ocean has become entwined in his spirit as he now loves water sports. In his free time you’ll find Erick at the gym, playing tennis or training for half marathon races. Fluent in Spanish (read, speak, write). Understands German.