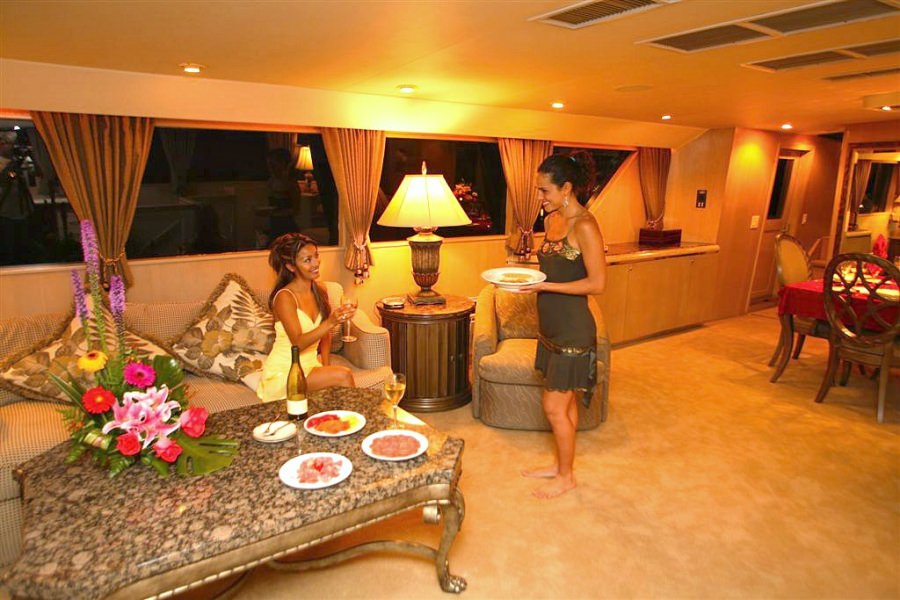 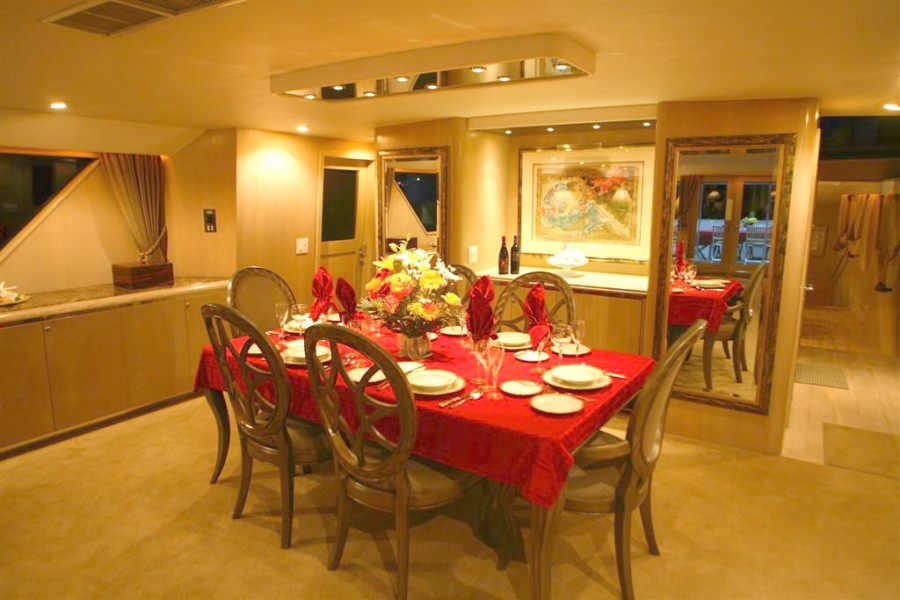 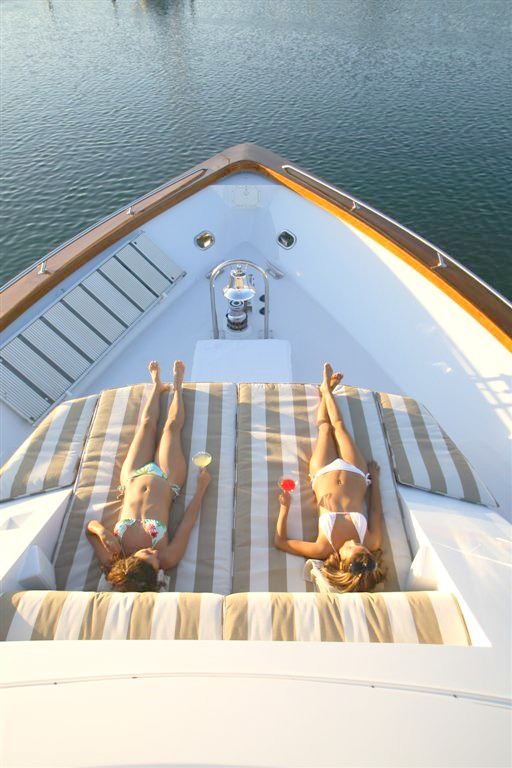 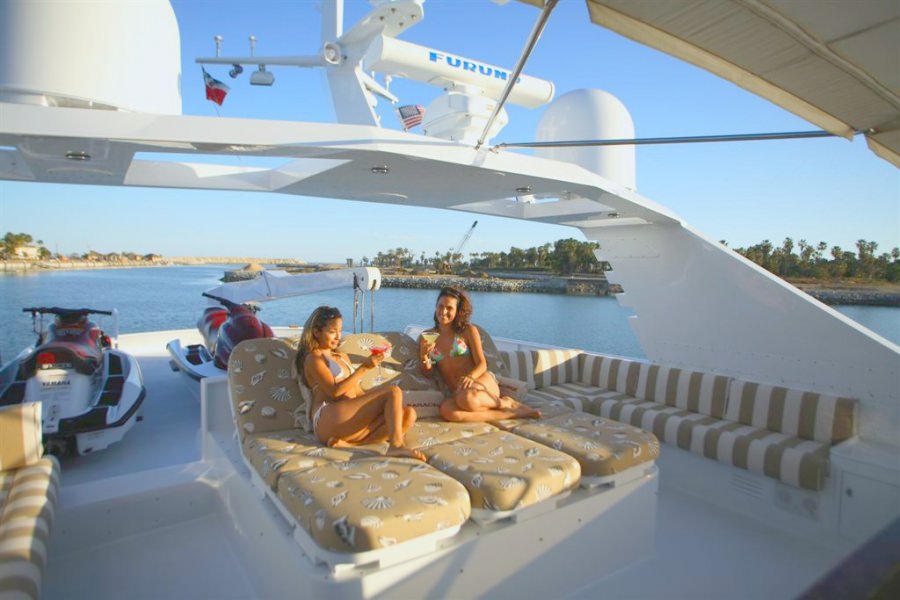 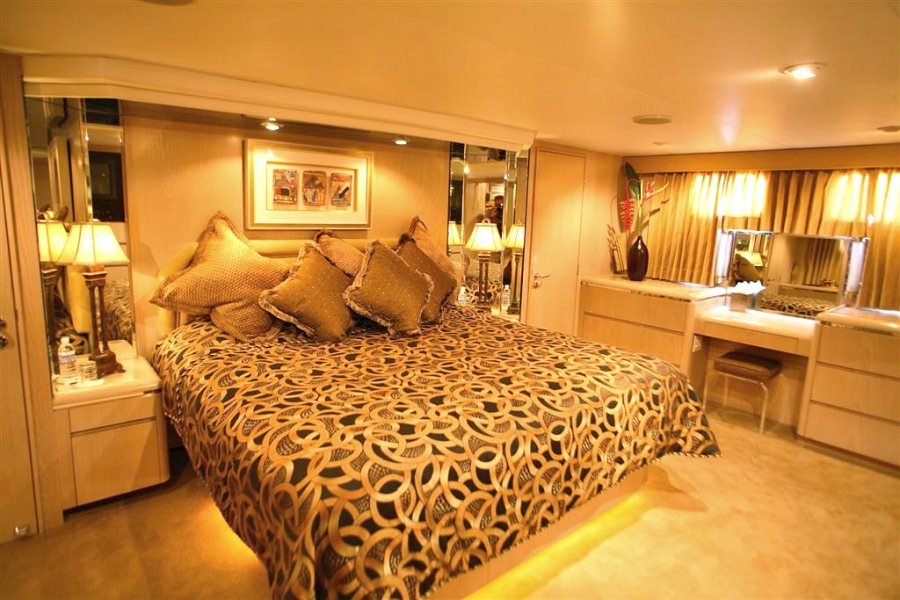 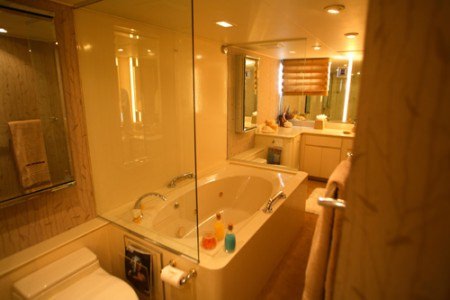 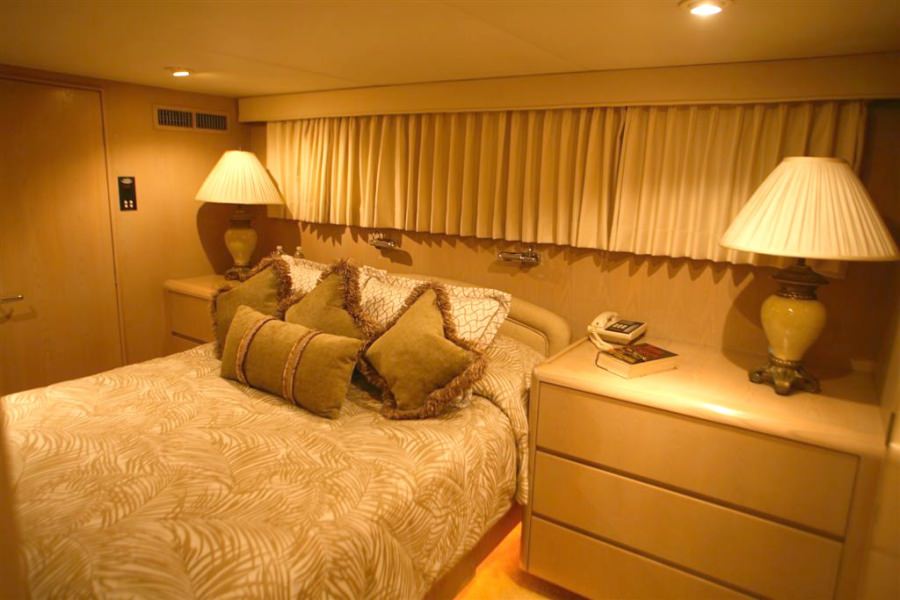 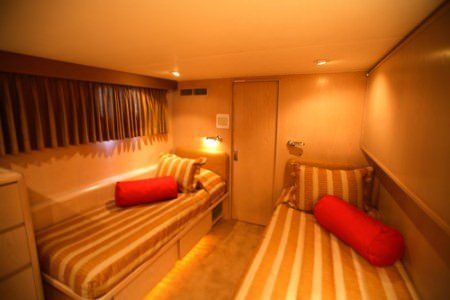 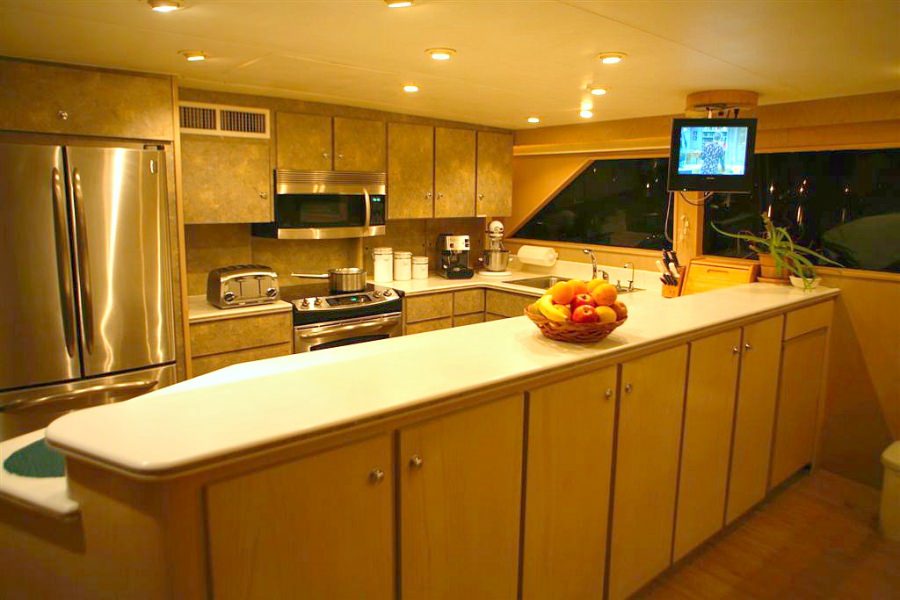 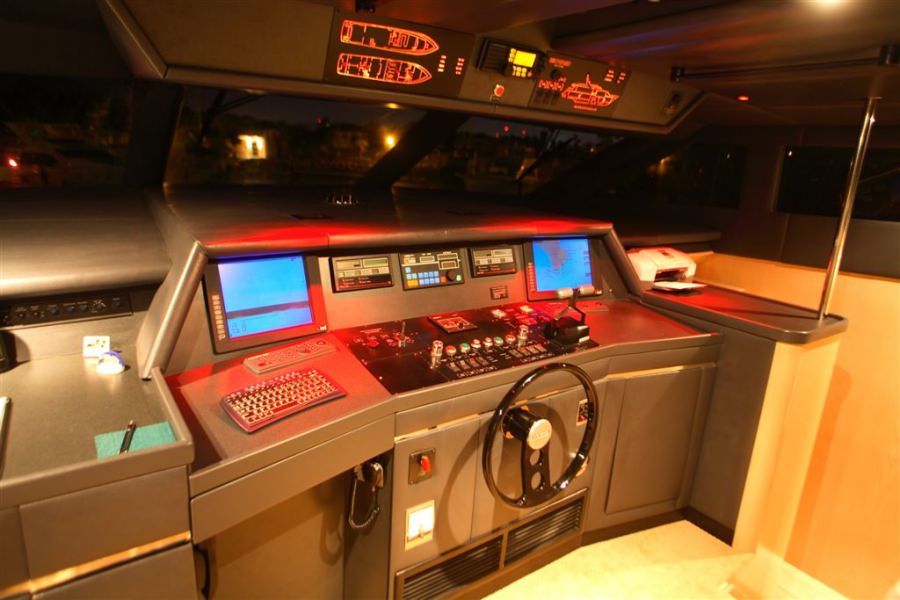 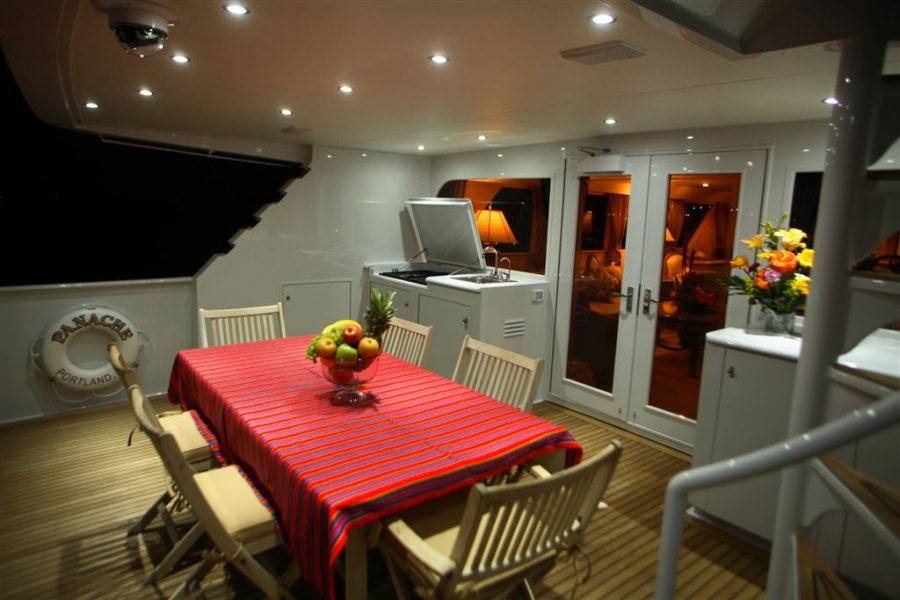 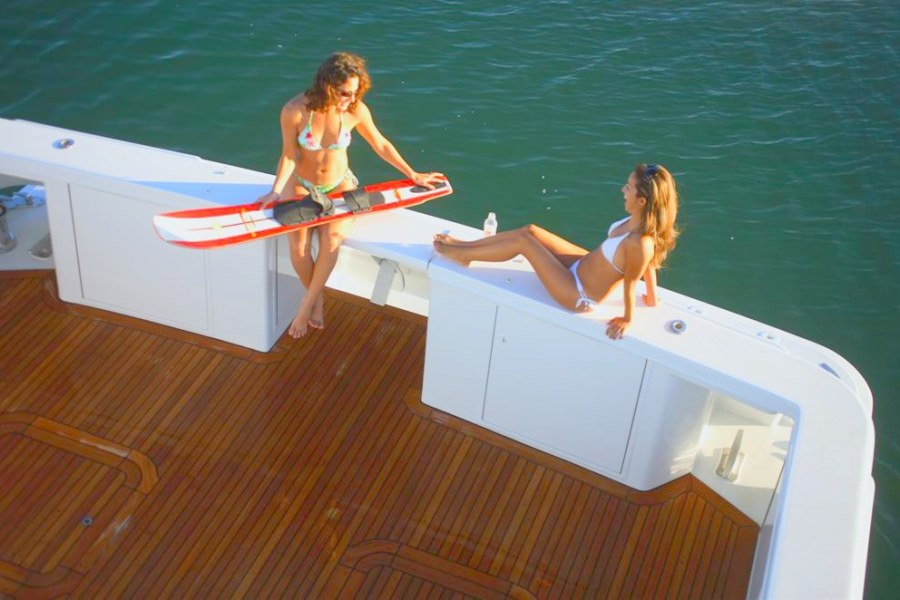 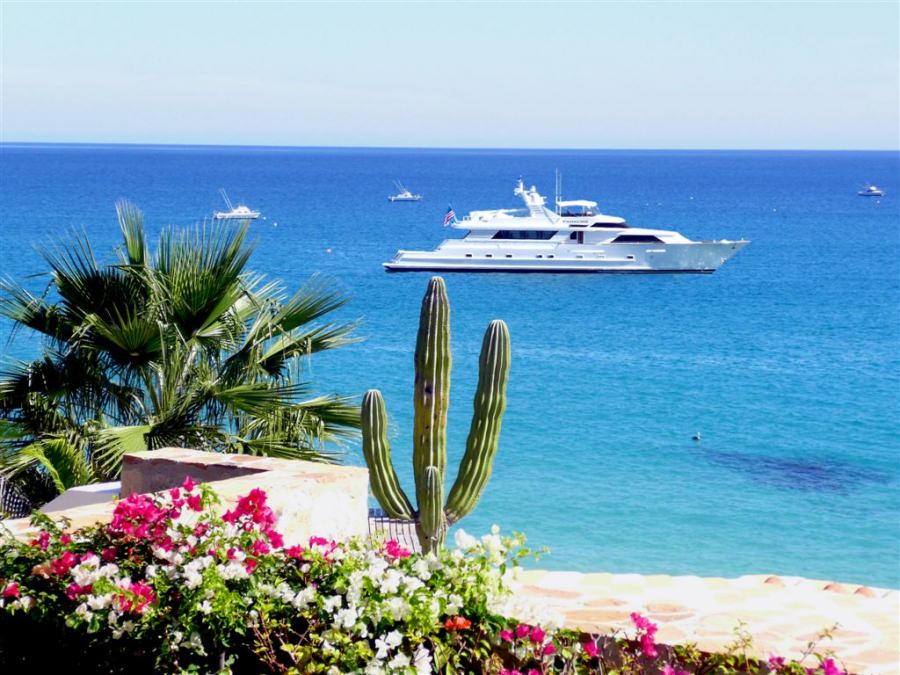 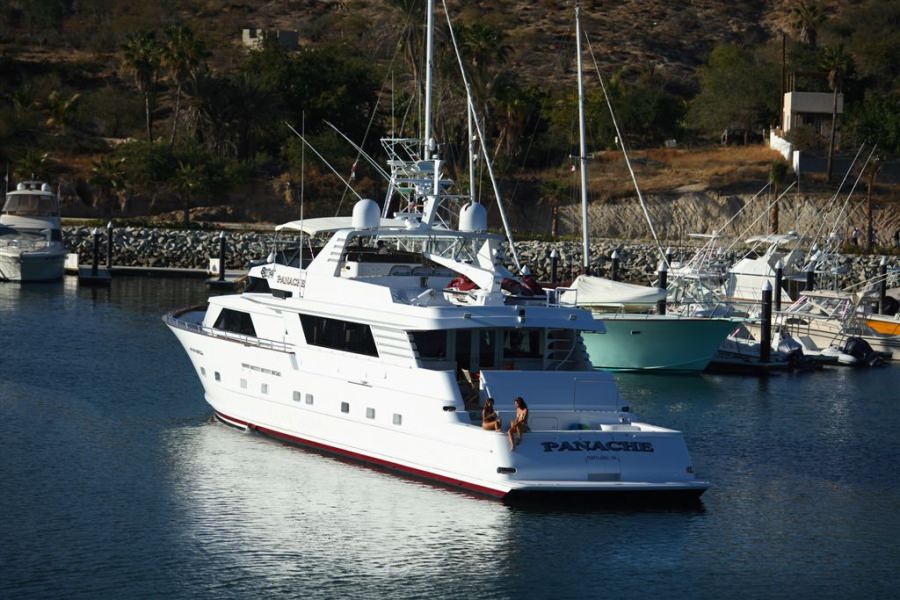 Captain John Butler holds a USCG Master license and has spent thirty five years at sea, in waters ranging from the Bering Sea to the Mediterranean, which included Hawaiian and Atlantic passages. In his last 10 years aboard Panache he has extensively cruised the west coast of Mexico, Sea of Cortez and California. His many years of training and experience in different waters have made him a respected figure in the maritime industry. With guest satisfaction and safety as Captain Johns top priorities, partnered with his willingness to please, your stay aboard Panache is sure to be unforgettable.
Credentials Include:
&#61607; USCG Master's license 1600GT/3000 ITC upon oceans
&#61607; USCG Master of sail 100GT upon Oceans
&#61607; PADI Open water diver

First Mate: Max Eade
Max has a wide variety of experience on yachts in the USA and abroad. His qualifications include Offshore Yachtmaster, Sea Survical, Basic Firefighting and First Aid
John is also a PADI Dive Master. ON PANACHE, Max strives to ensure a safe, comfortable and relaxing journey for all quests both on board and ashore.

First Mate/Captain Peter Horner, U.S. Citizen
Born and raised in Baltimore, MD, Peter decided at a very young age to experience life where the waves would take him. In college, he spent a semester at sea studying onboard a vessel that visited various ports around the world. If that wasnt enough to quench his thirst for travel, he spent another semester interning onboard a large sailing yacht which ultimately fueled his pursuit of a long-term career in the yachting industry. Since graduating from Lynchburg College in Virginia, he has worked on private sailing yachts including S/Y Woodwind and S/Y Kaori cruising to remote places around the world. He is an experienced fly fisherman, sailor and can make a mean sandwich.
Credentials Include:
&#61607; MCA Master of Yachts 200GT upon oceans
&#61607; USCG Masters License 100GT Near Coastal
&#61607; PADI Rescue diver

Chef Marco Martinez, U.S. Citizen
Chef Marcos culinary aspirations began at the age of 15 while living in the Caribbean, where he often found himself taking the helm of the barbeque after a long day at the beach with friends. His interest in cooking continued to develop, and in 1990, he began formal training at the Culinary Hospitality Institute of Chicago. He remained in Chicago for the next decade, further developing his culinary abilities while working for a prominent restaurant corporation specializing in international cuisine.
His expertise in the culinary industry continued to flourish when he was appointed Executive Chef for Major League Baseball, and later, for the five-star resort, Paradise Point, in San Diego. From the clubhouse to the high profile events, Chef Marco utilized his diverse culinary training to redefine high profile dining. After fifteen years as an executive chef, Marco truly believes his heart is in the galley.

Stewardess Kayla Zacher, U.S. Citizen
Kayla grew up on the Great Lakes of Wisconsin where her passion for being on the water began in fresh water. She spent her summers waterskiing, wake boarding, and fishing until she realized that, in order to continue her hobbies on the water, she needed gas for the boat that fueled her passion. Thus, at the age of 15, she began working for a tour boat company as a deckhand/stewardess on multiple power boats and sailing charters. As her college years neared, she made the decision to head to the West Coast where she attended San Diego State University, determined to stay near the water. While pursuing her degree in Hospitality and Tourism Management, as well as a minor in Spanish, she found a little piece of home being back out on the water, this time working on private yachts. With Panache, it was love at first sight. So, upon graduation from college, Kayla took her degree in hospitality, fluency in Spanish, and a yearning for adventure, and cruised to Mexico. She hasn't looked back.