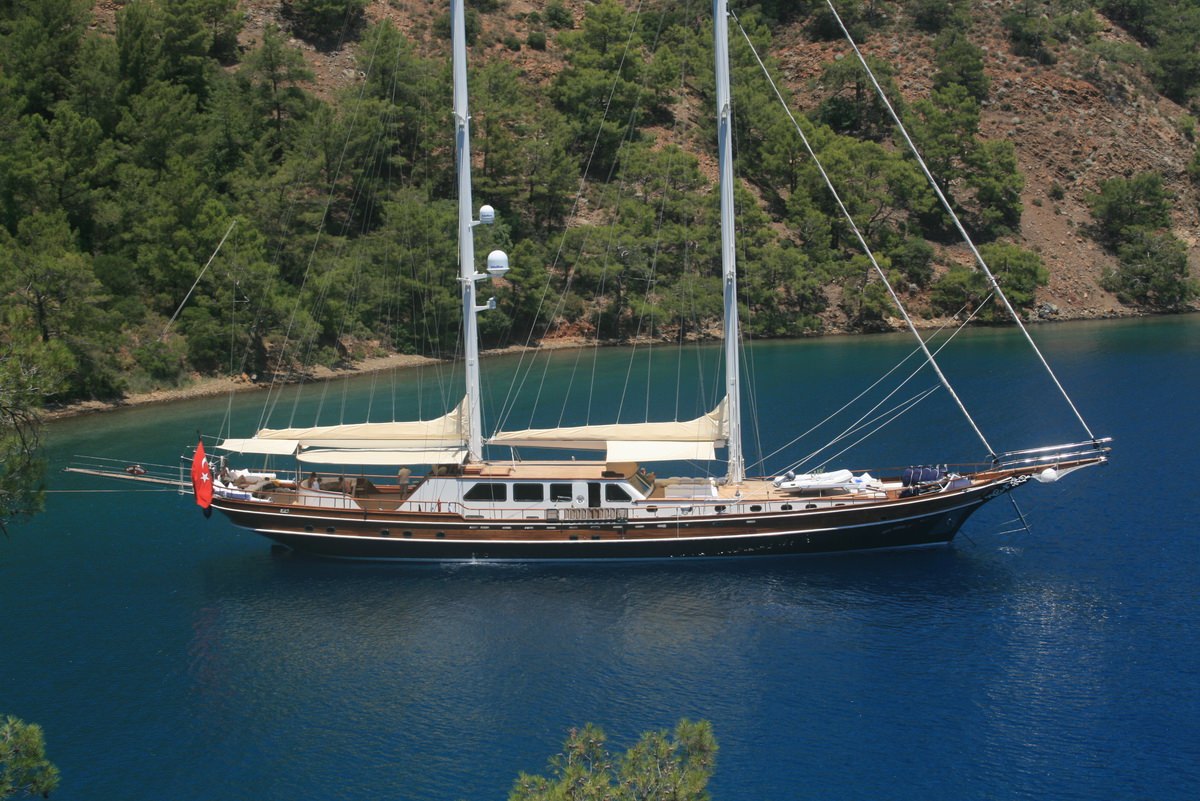 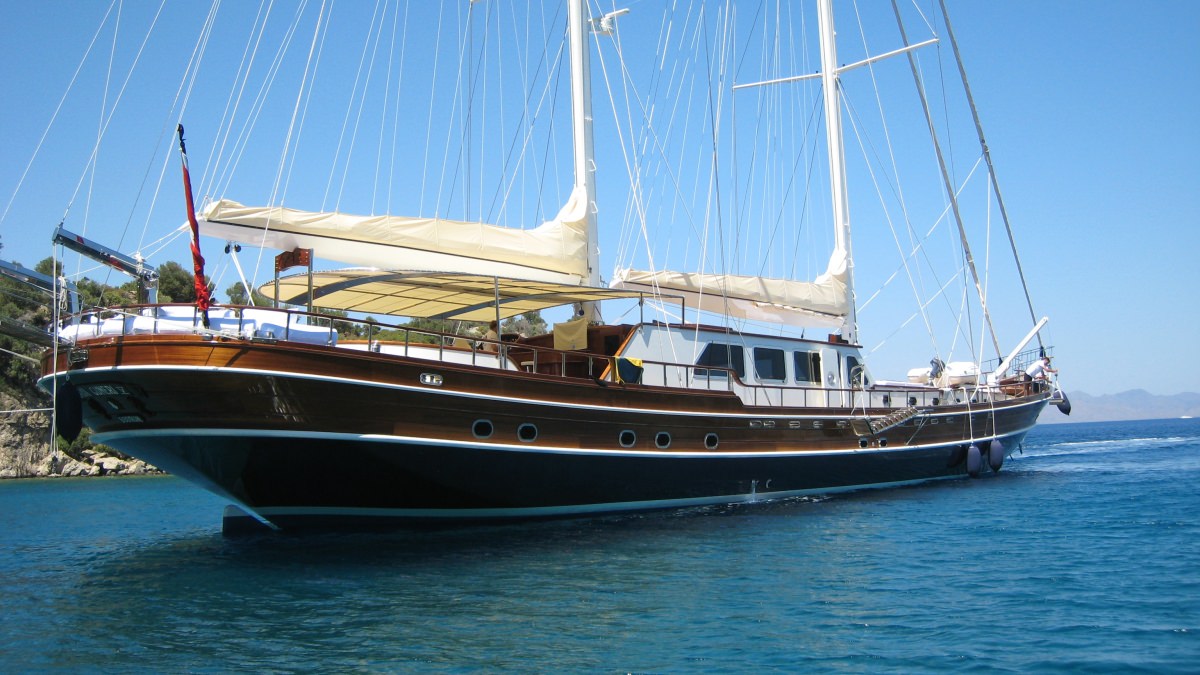 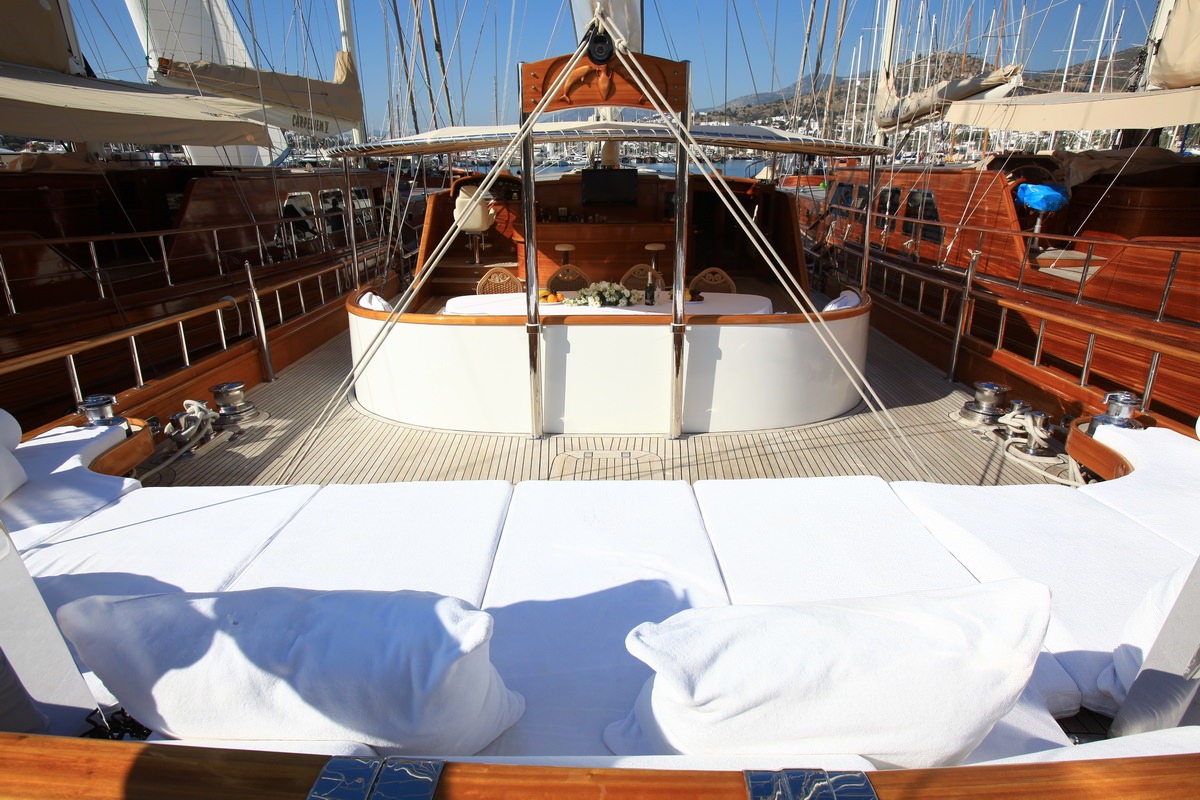 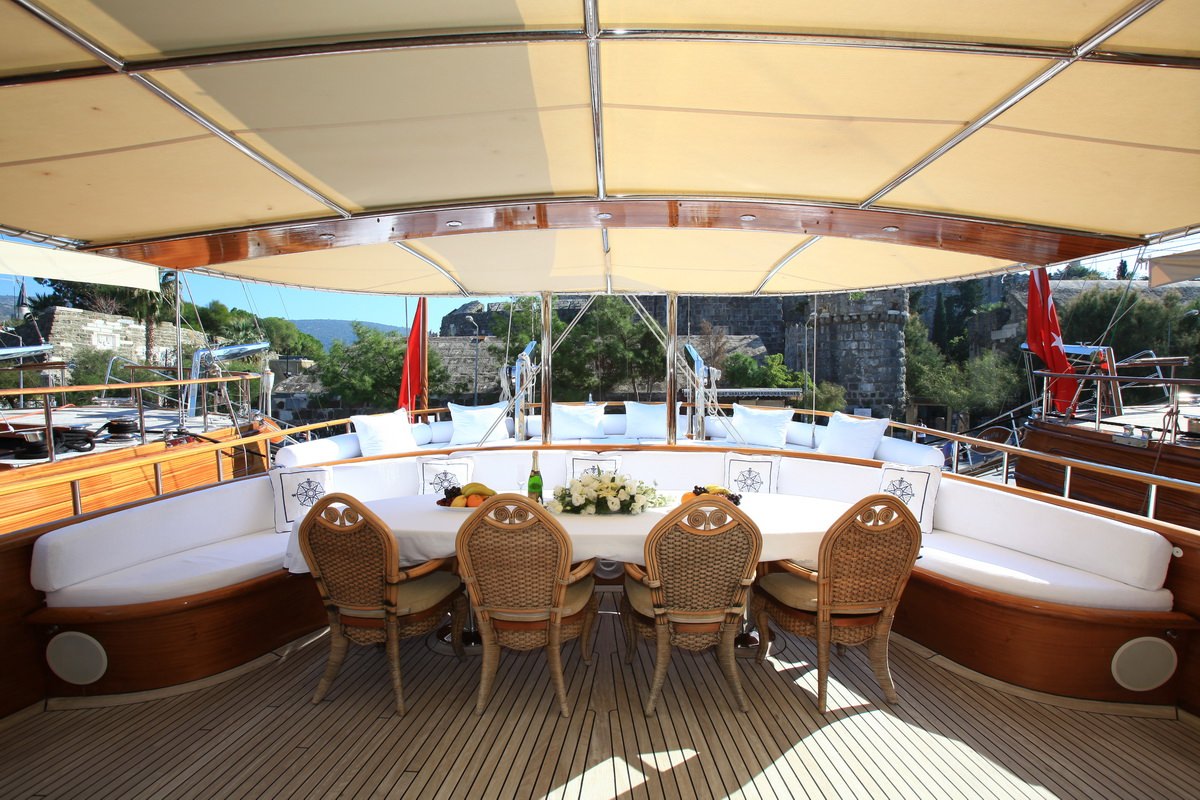 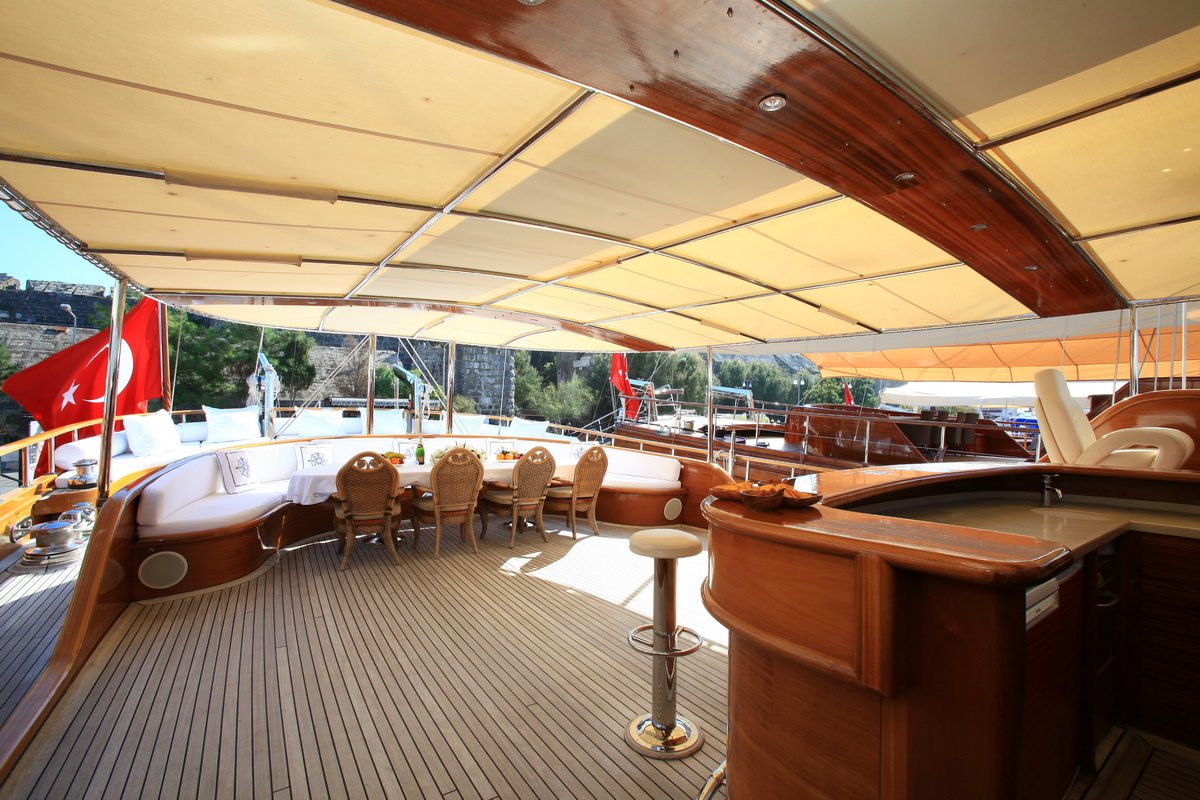 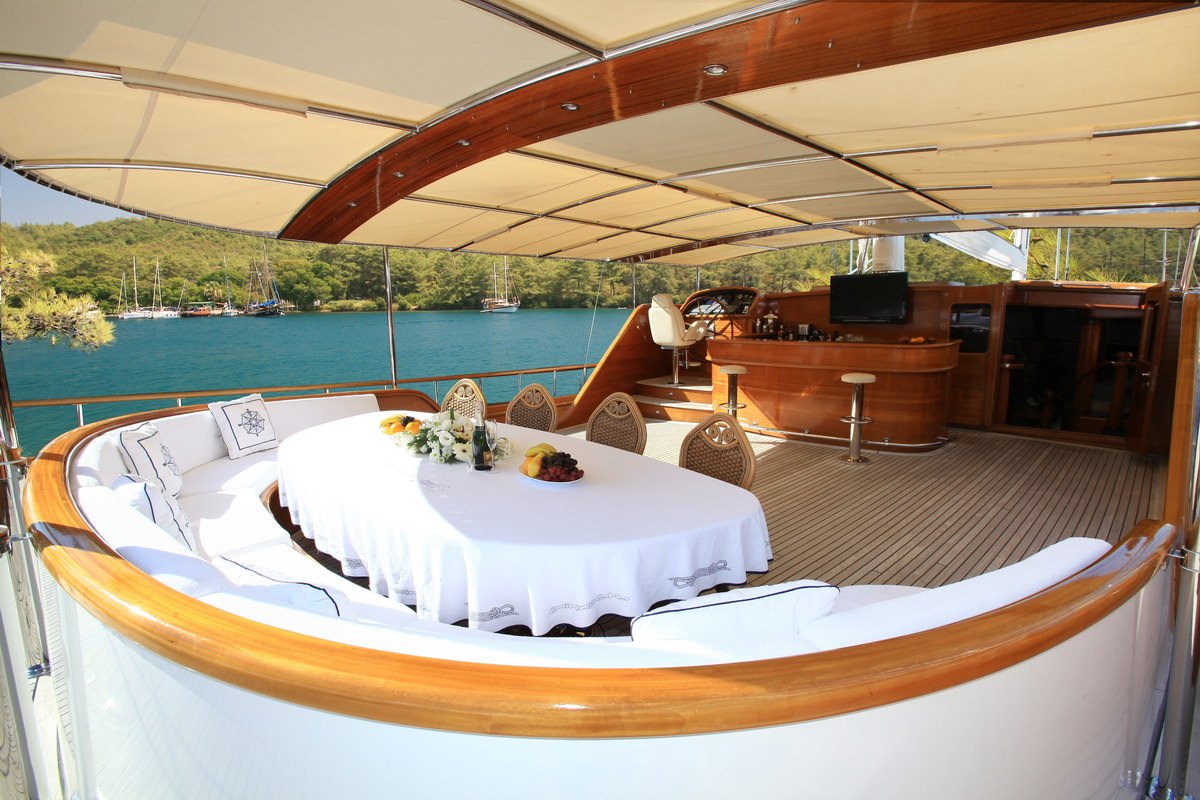 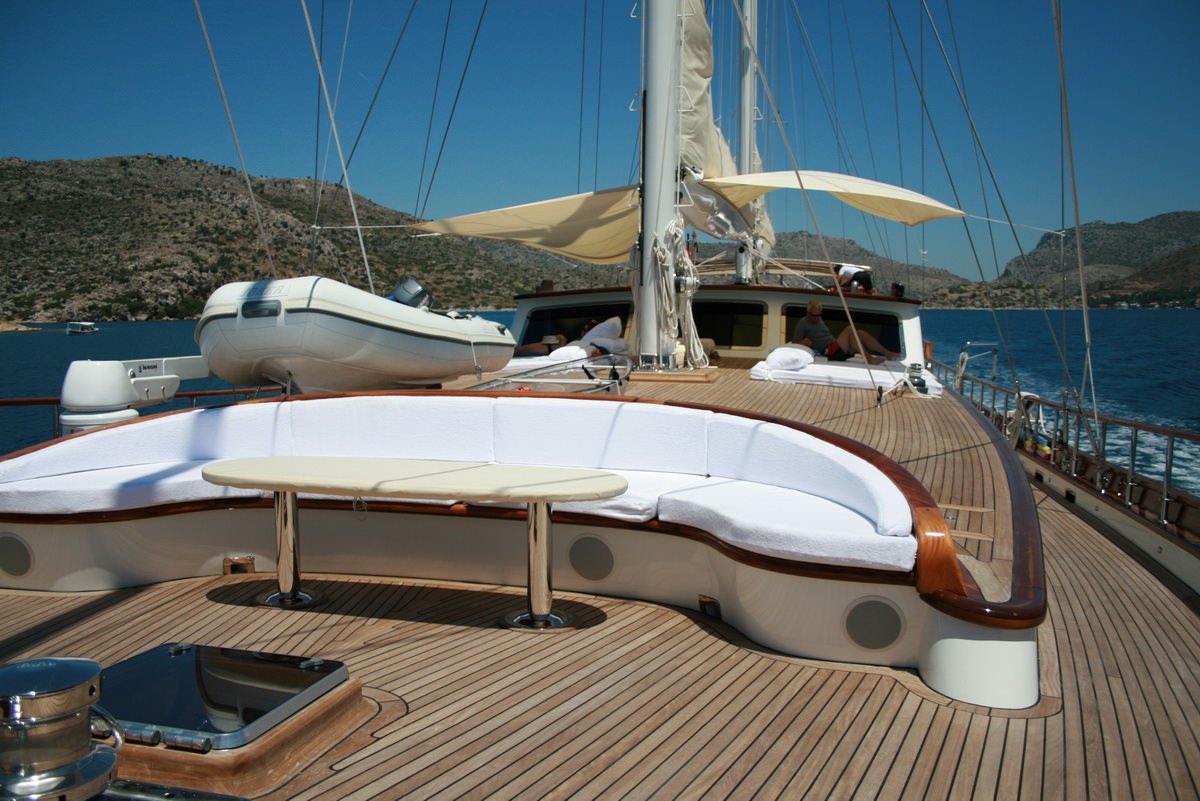 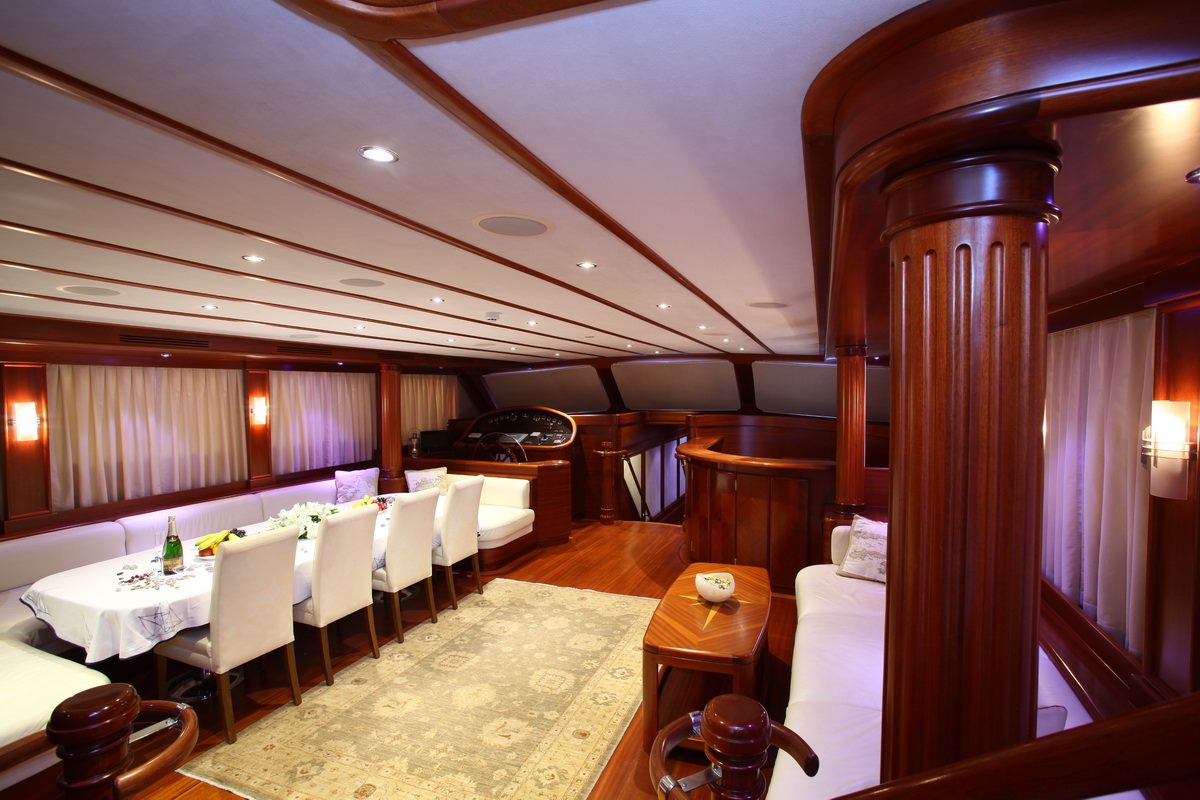 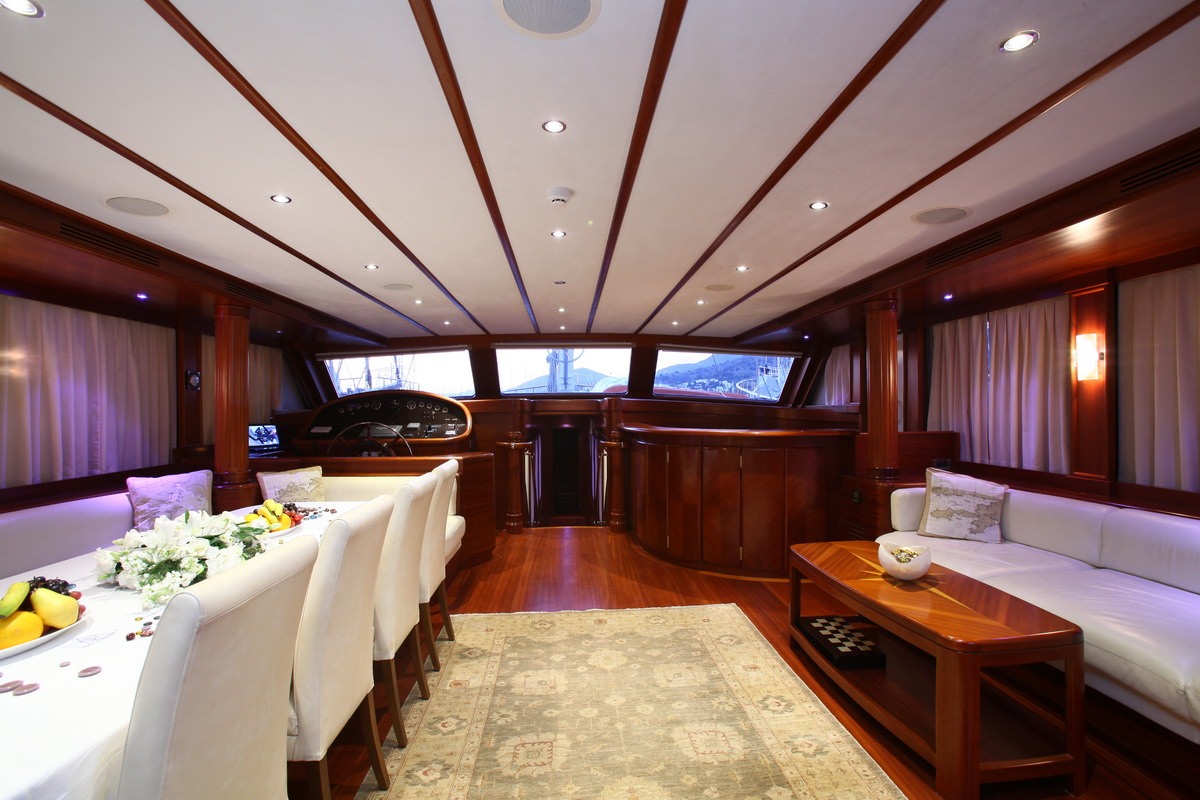 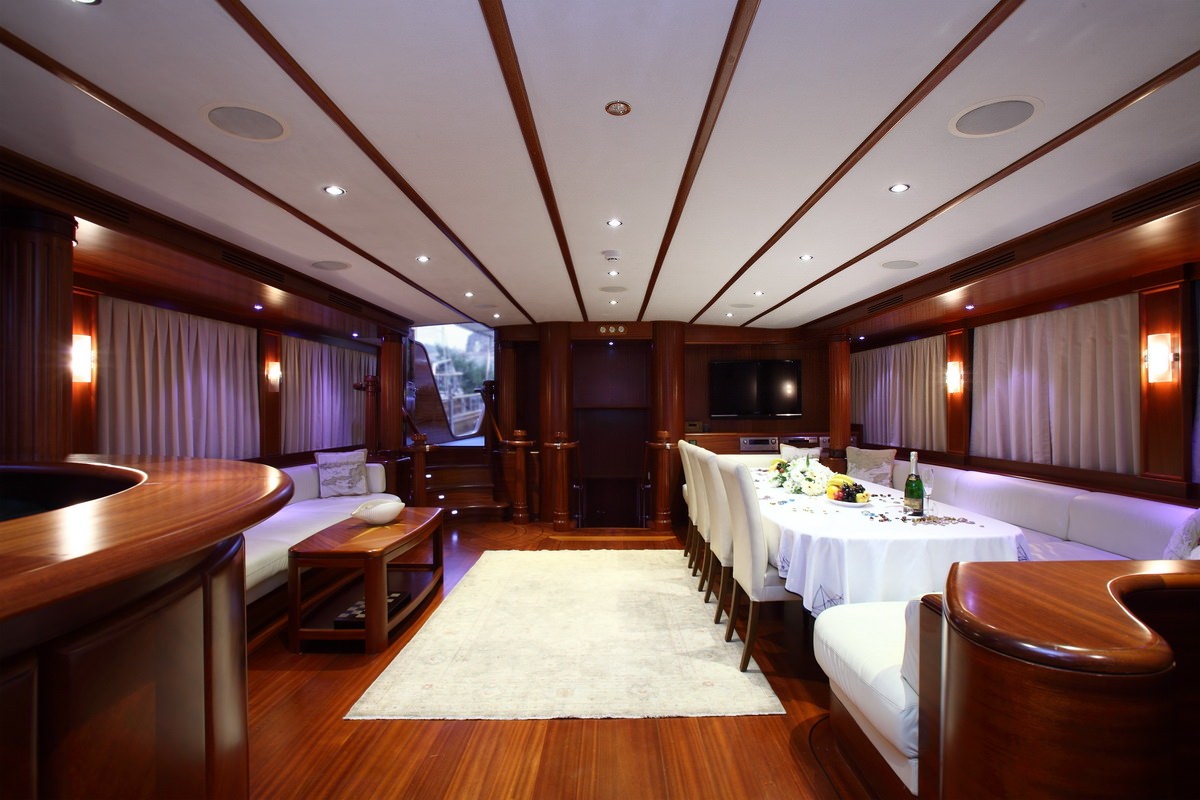 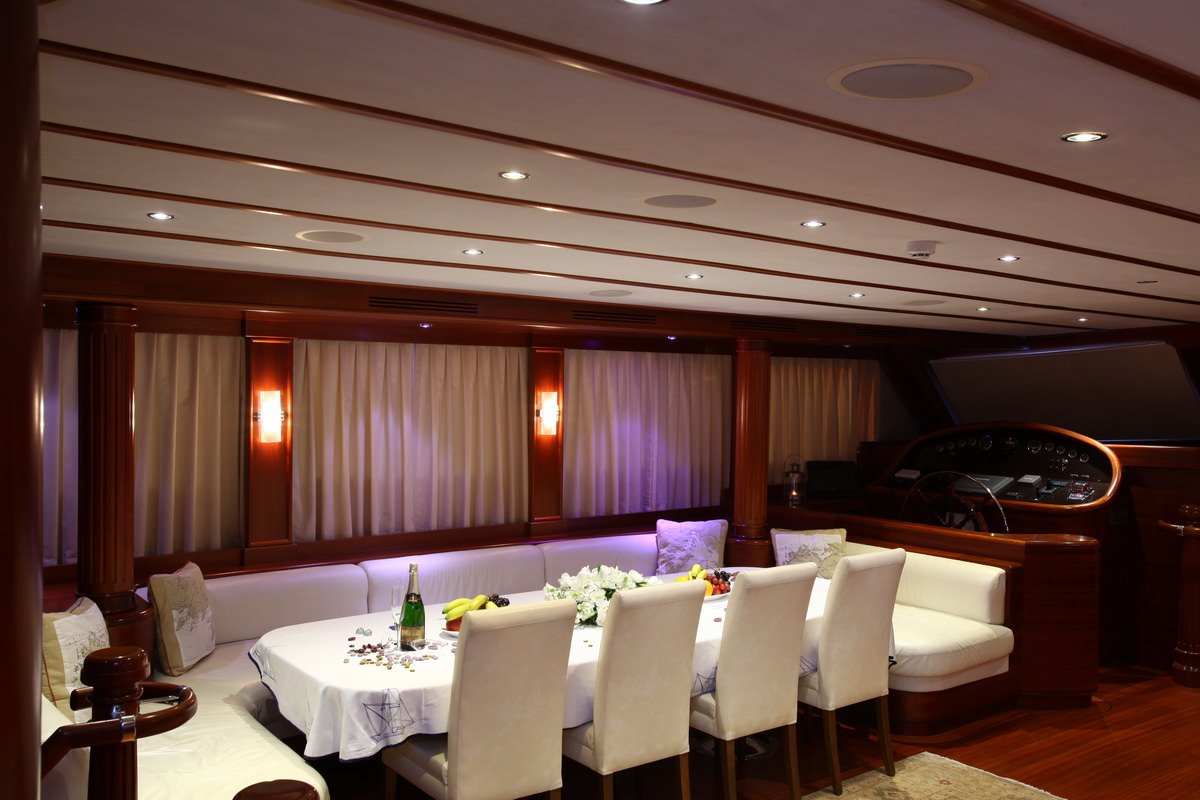 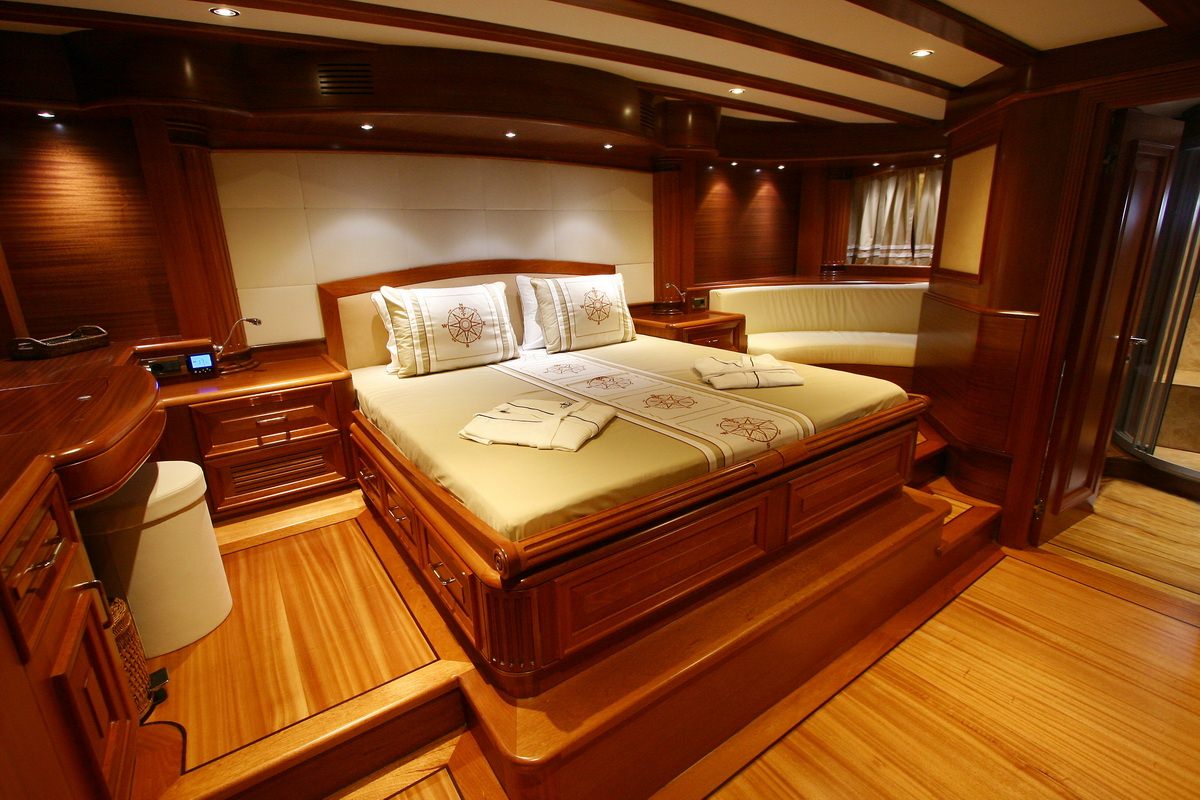 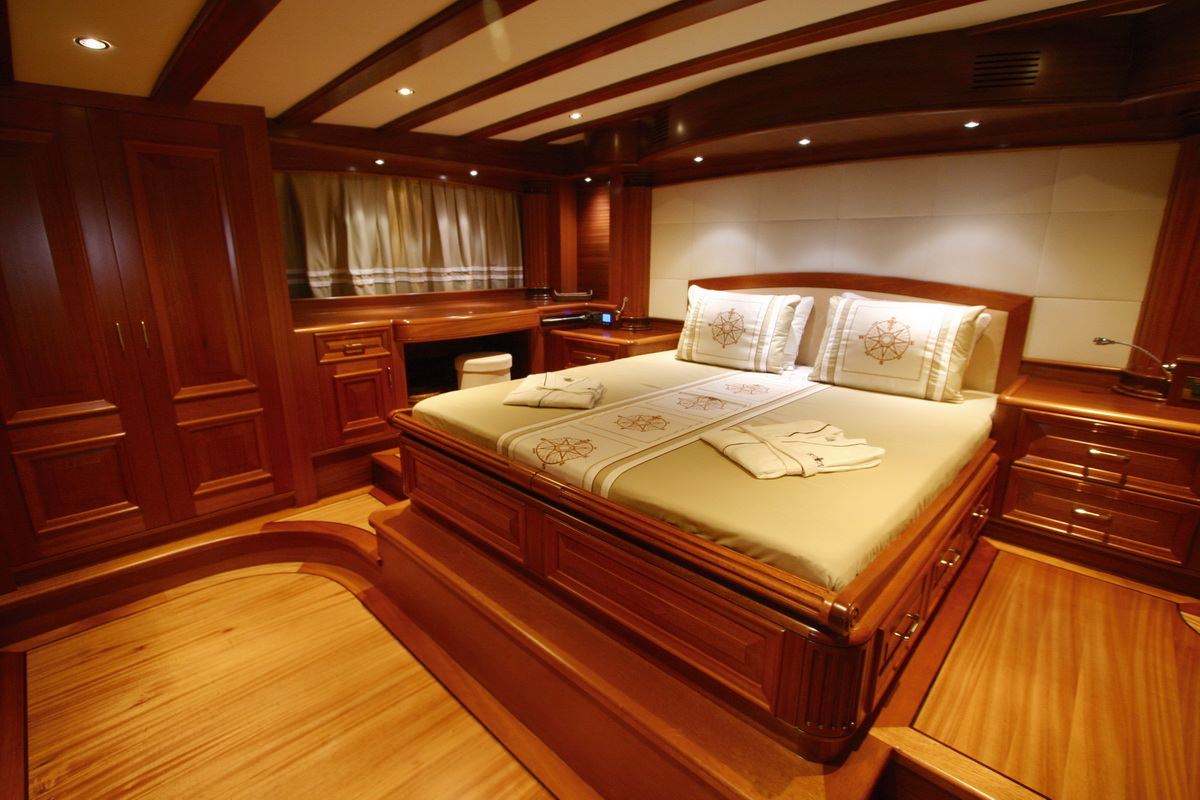 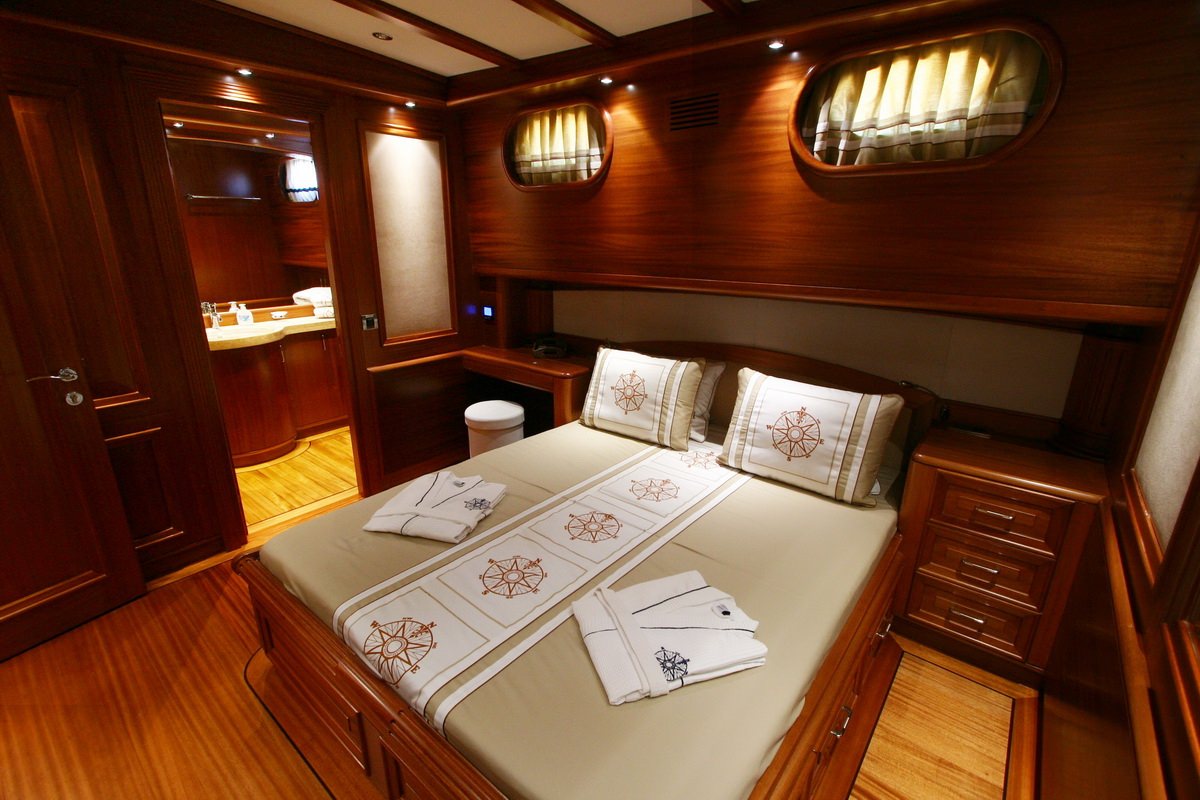 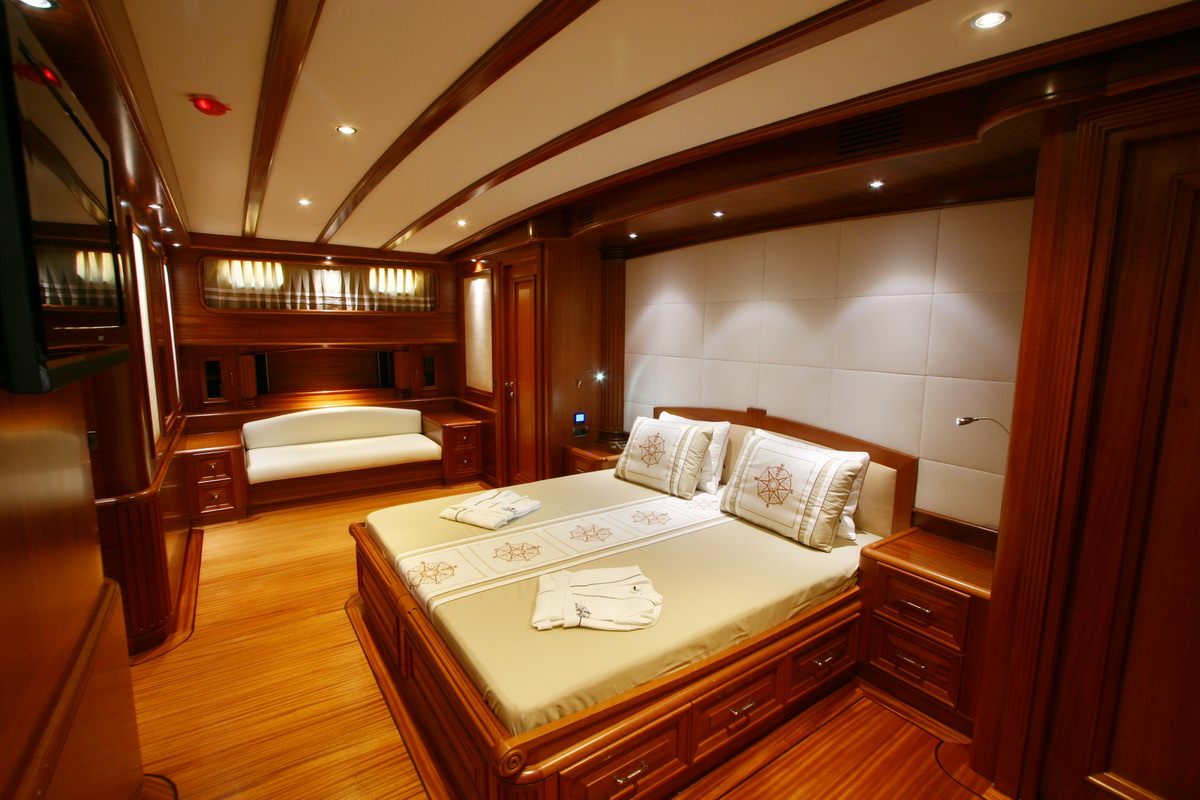 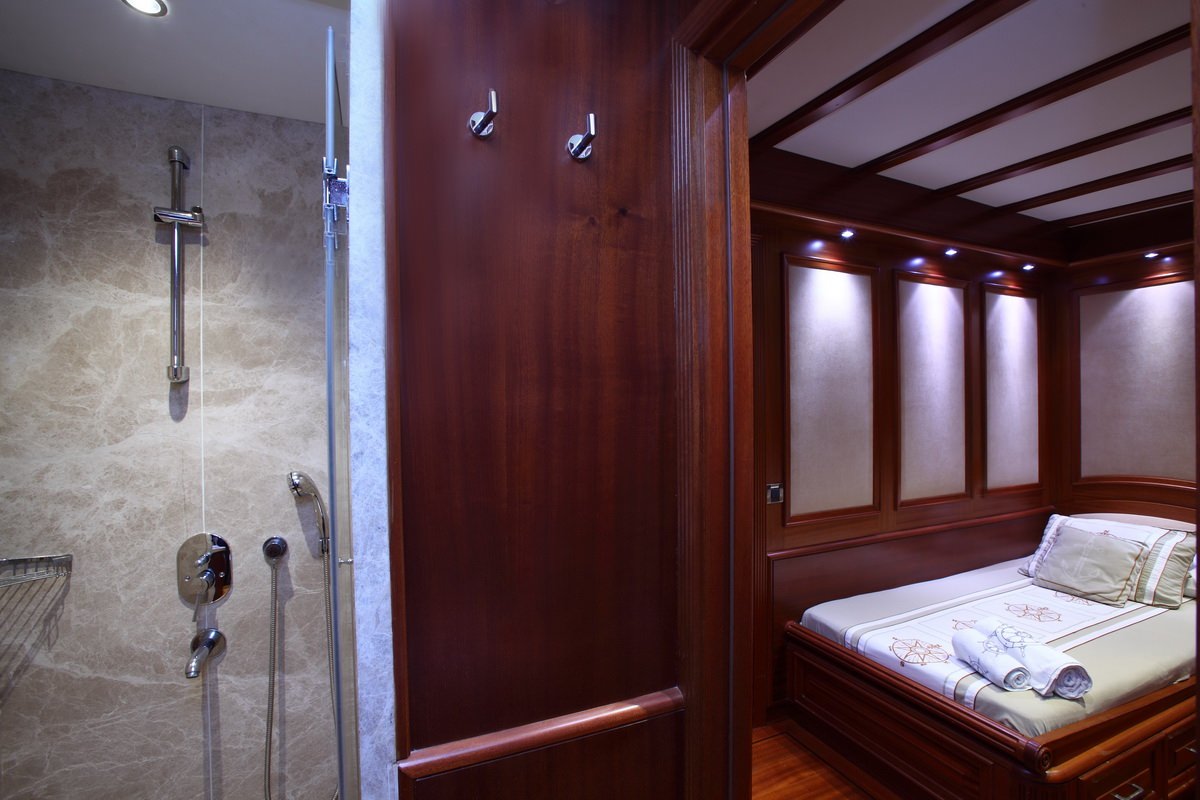 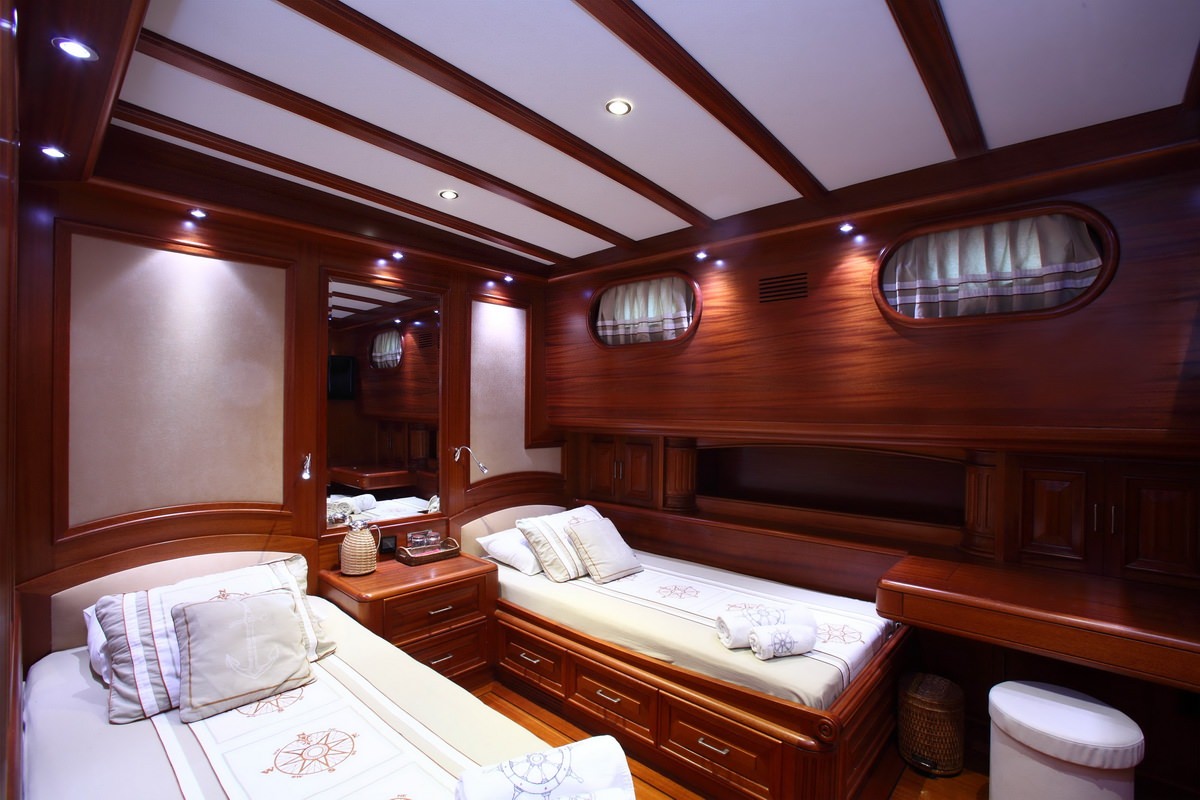 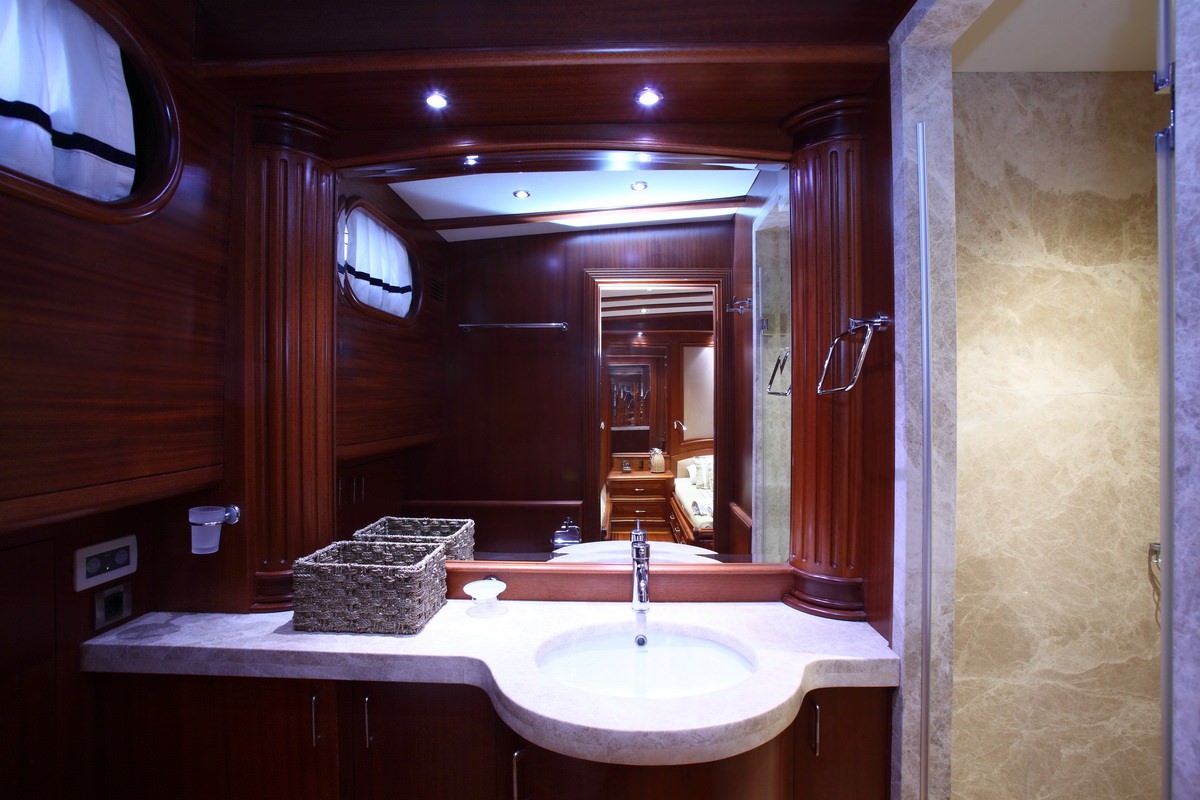 Captain: Mustafa Uyan
Mustafa was born in 1979 and since his childhood his biggest desire was working aboard yachts. At the age of 17 he took his place among the crew as deckhand’s position which was his first experience. Since then Mustafa sailed across Aegean, Mediterranean, Greek islands, Spain, Italy, Caribbeans and South America as captain and first mate. He was born in Bodrum where the majority of Turkish yachting industry comprise of. Being in this community for many years Mustafa took the chance to fulfil his duty very well as deckhand on different boats before he started his job as the captain on a 25 meter gulet. He is a professional team leader who can take on any challenges. A few of yachts he worked before deciding to join KAYA GUNERI V team are Regina, Juliette, Seranad and Primadonna. Speaks fluent English.

Chef: Ergun Ozcelik
Ergun used to work as a chief on a private motoryacht for three years, experienced one year at a restaurant in Mugla and kept on working aboard the yachts afterwards. He worked on Kaya Guneri IV just before cooking on Kaya Guneri V which was about 7 years ago and since then he is one of the biggest assets of the yacht. He has an eye for culinary design and he is still keen to learn creative cooking. He prepares menus according to the local culture and ingredients. Ergun is Turkish and born in 1983, in Marmaris, speaks basic English.

Stewardess: Dilara Celik
Dilara was born in Golcuk in 1986. Speaks advance level of English and intermediate German. After graduation from university she started teaching English and managing at private schools. Dilara is familiar with sea since her childhood as she comes from a family which worked on yachting sector. She finds very useful to have a chance to be emloyed onboard KAYA GUNERI V and she will be in charge of the service. She is ready to accommodate all the needs of guests. Also a very good hand to other crew members. She is very much into extreme sports.

Housekeeper: Dilek Bihan
Dilek was born in Fethiye in 1985. Speaks medium level of English. She works with pleasure to make our guests happy and feel comfortable. Dilek worked on Turkuaz, Mare Nostrum and Perla Del Mare before she started working on Kaya Guneri V. Dilek also has free lance experience on sailing yachts and catamarans.

Deckhand: Hasan Guneri
Hasan was born in Bodrum where he lives with his family. His educational life began with four years at Bodrum Marmara Colleges. Then he spent one year at Ball State University (International Foreign Language Programme), five years at Maltepe University Faculty of Architecture and Design Interior Architecture Department and one year at Ege Bodem Maritime Dragos (500 GT Yacht Master Programme). Hasan is a qualified and experienced master seaman. He first started to feel the passion when he was 10 with optimist sailing yachts. He is in charge of water sports what he is very much into. Speaks good level of English.

Deckhand: Kenan Yildiz
Kenan was born in Aydin but grown up in Bodrum. Being on the sea is his passion hence he decided to make his living from what he likes most. He is a dedicated seaman who has a considerable charter experience around Turkish coastline, Greek islands, Caribbeans, Puerto Rico, Canarian Islands, Aegean and Mediterranean Sea. Former experinces includes Tanem H, Cobra King, Deep Story (M/Y), Regina and Rox Star. He is familiar with the yacht as in the past years he worked on KAYA GUNERI V as deckhand. And now happy to rejoin the crew.

Deckhand: Erim Cicek
Erim was born in England. He is the youngest of the crew. Having an English mother Erim’s knowledge of English is very good. His father is working as captain for many years in Bodrum. Erim worked on different gulets in Bodrum such as Zephyria 2, Burc-u Zafer and Lorient. He is gaining experience in time and his futur plan is to become a captain like his father.