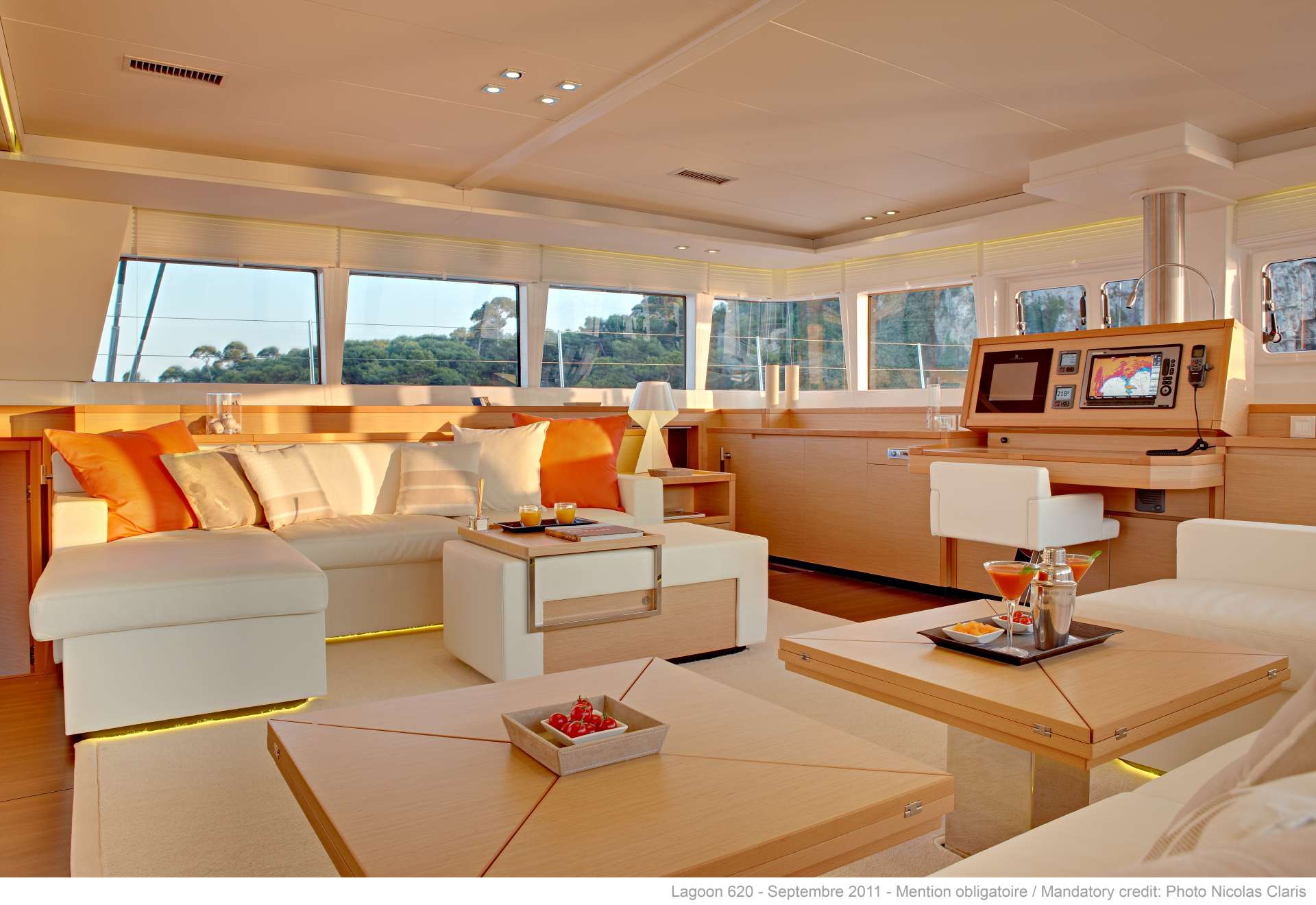 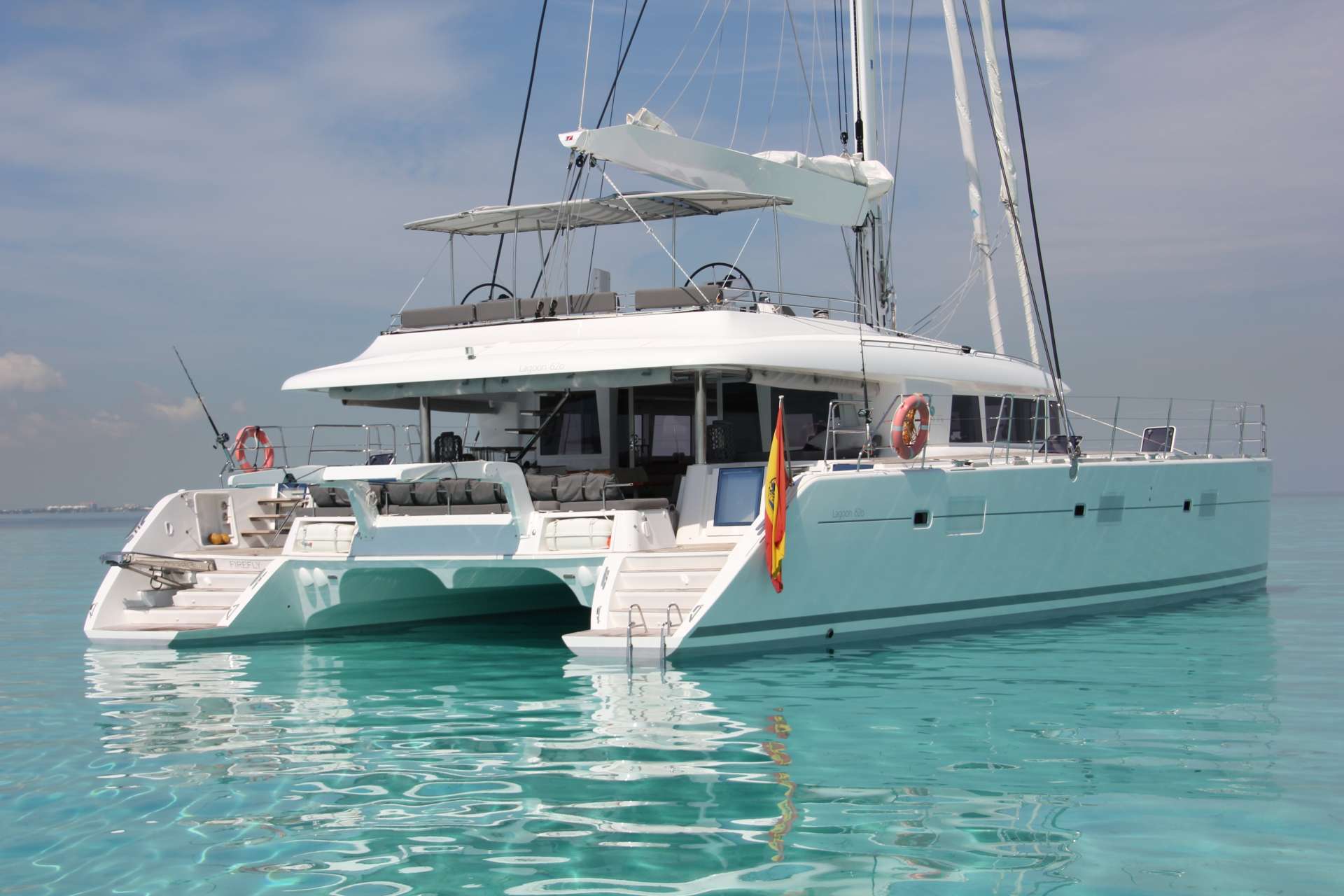 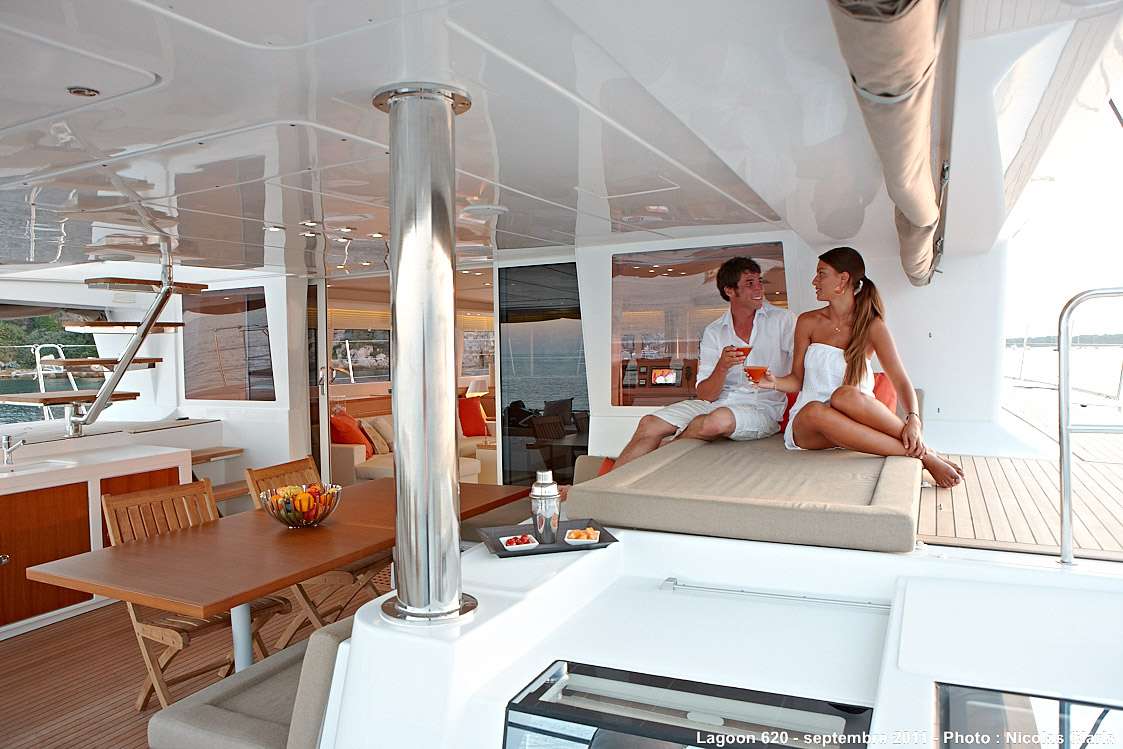 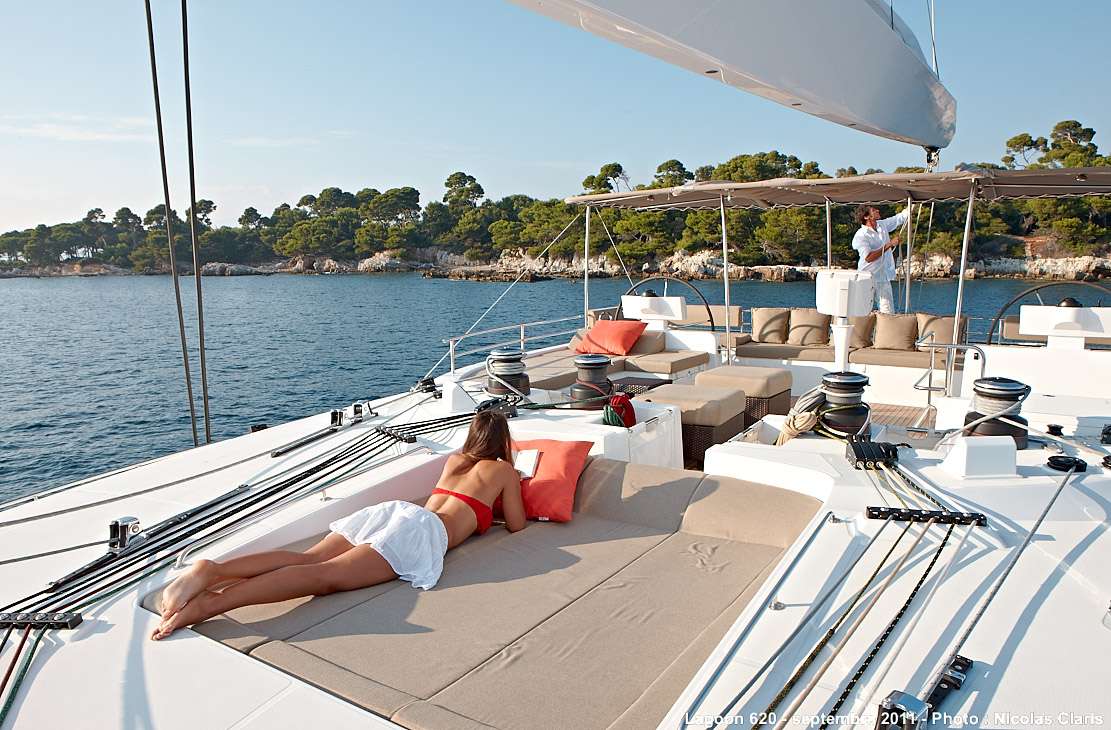 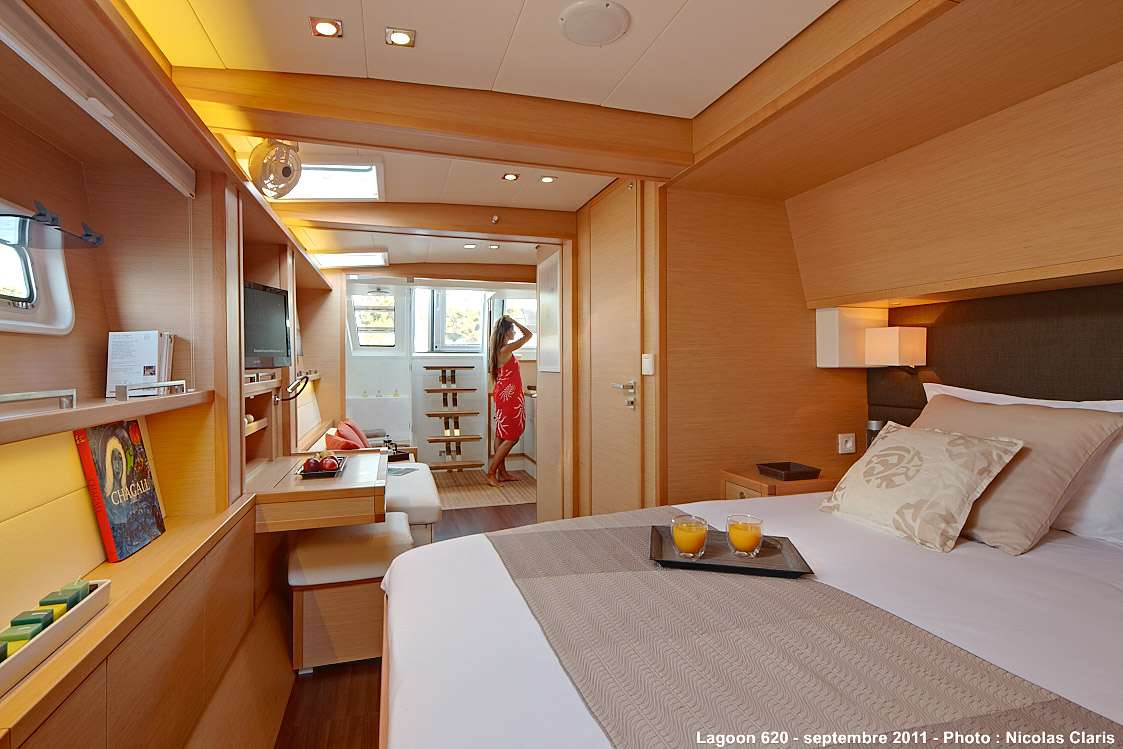 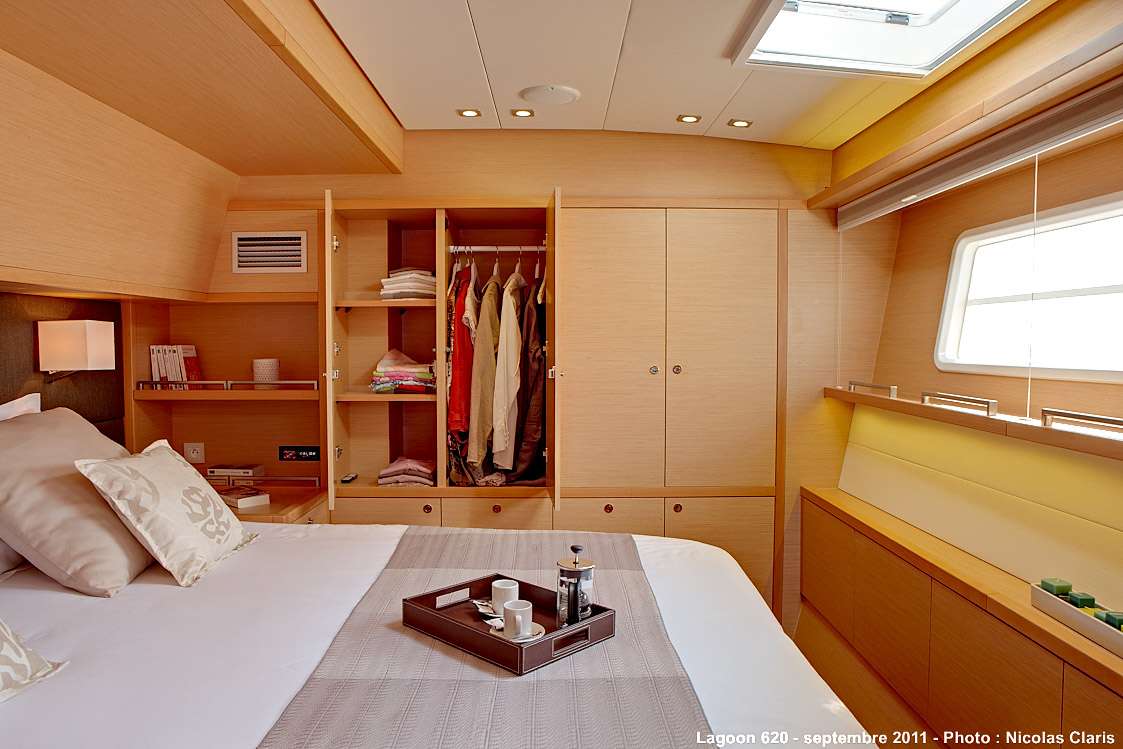 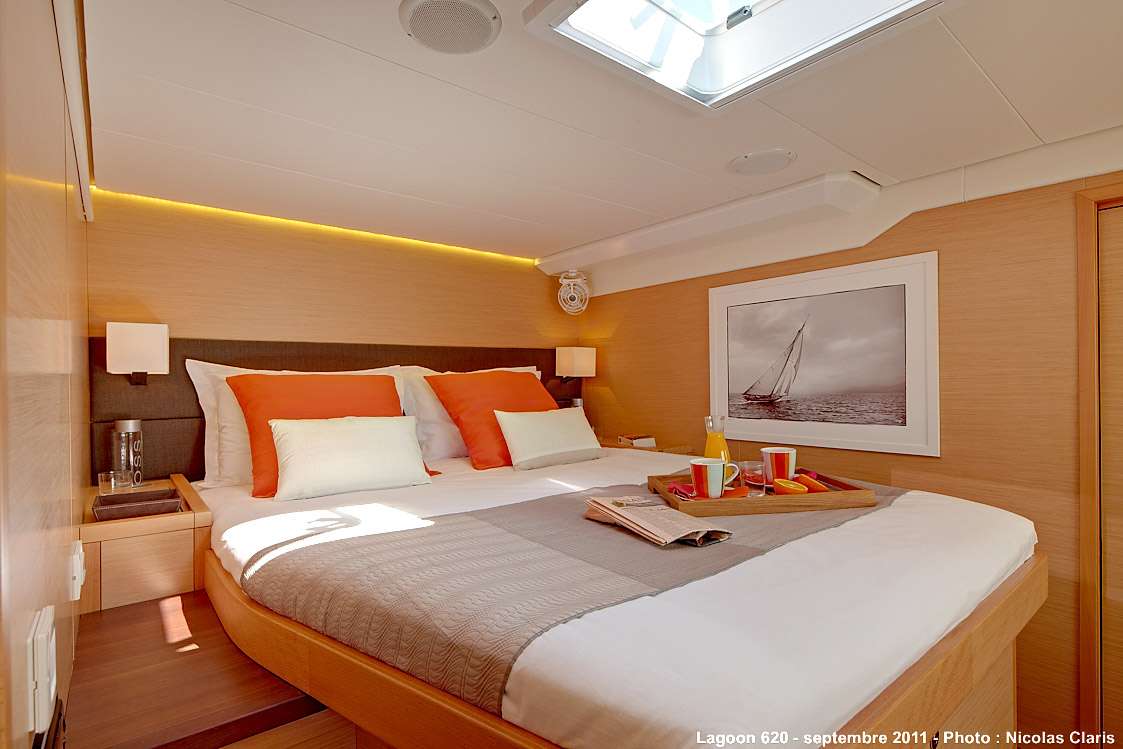 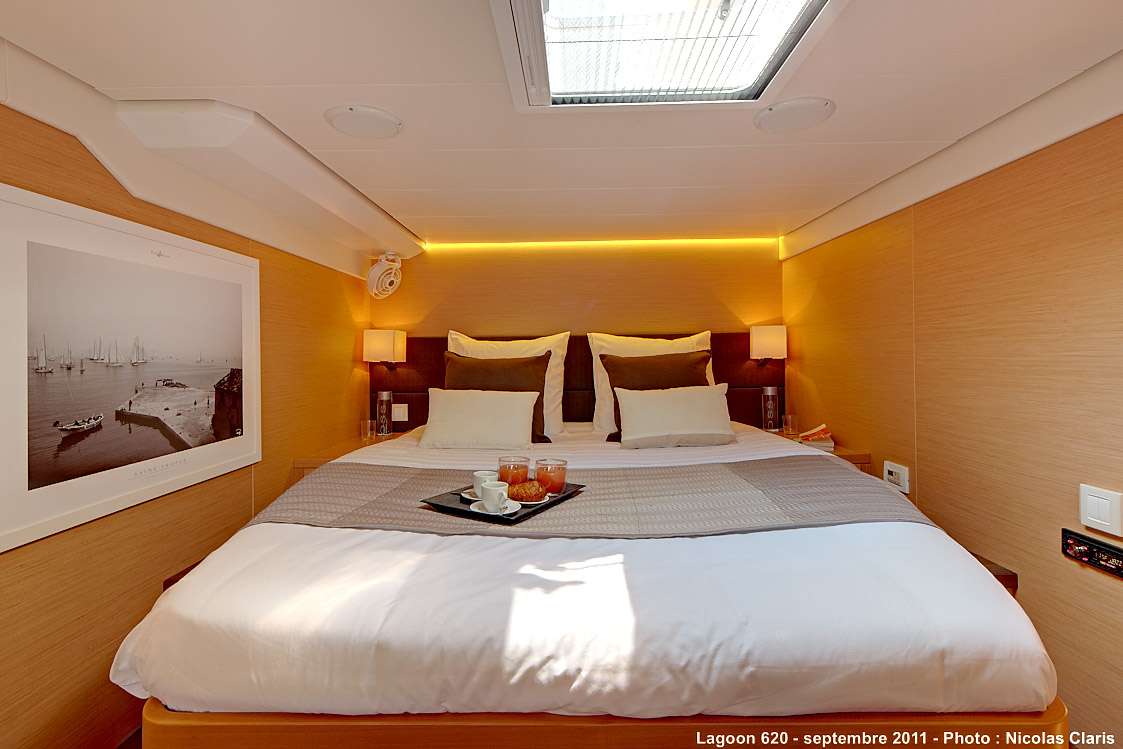 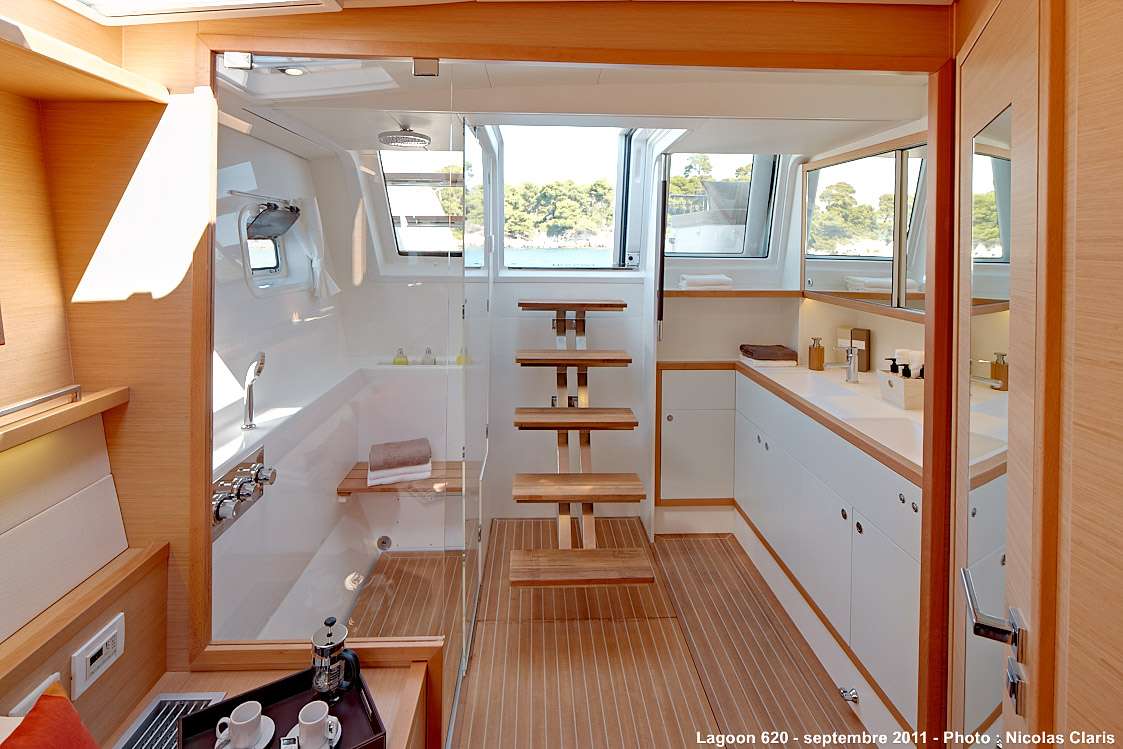 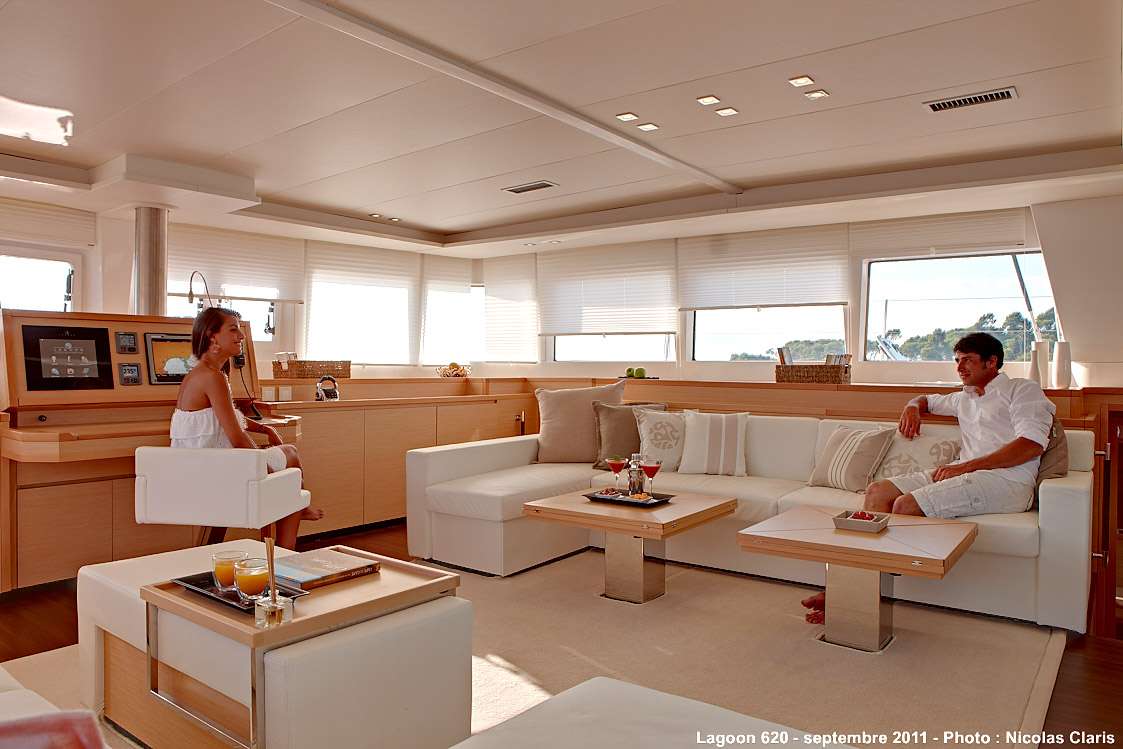 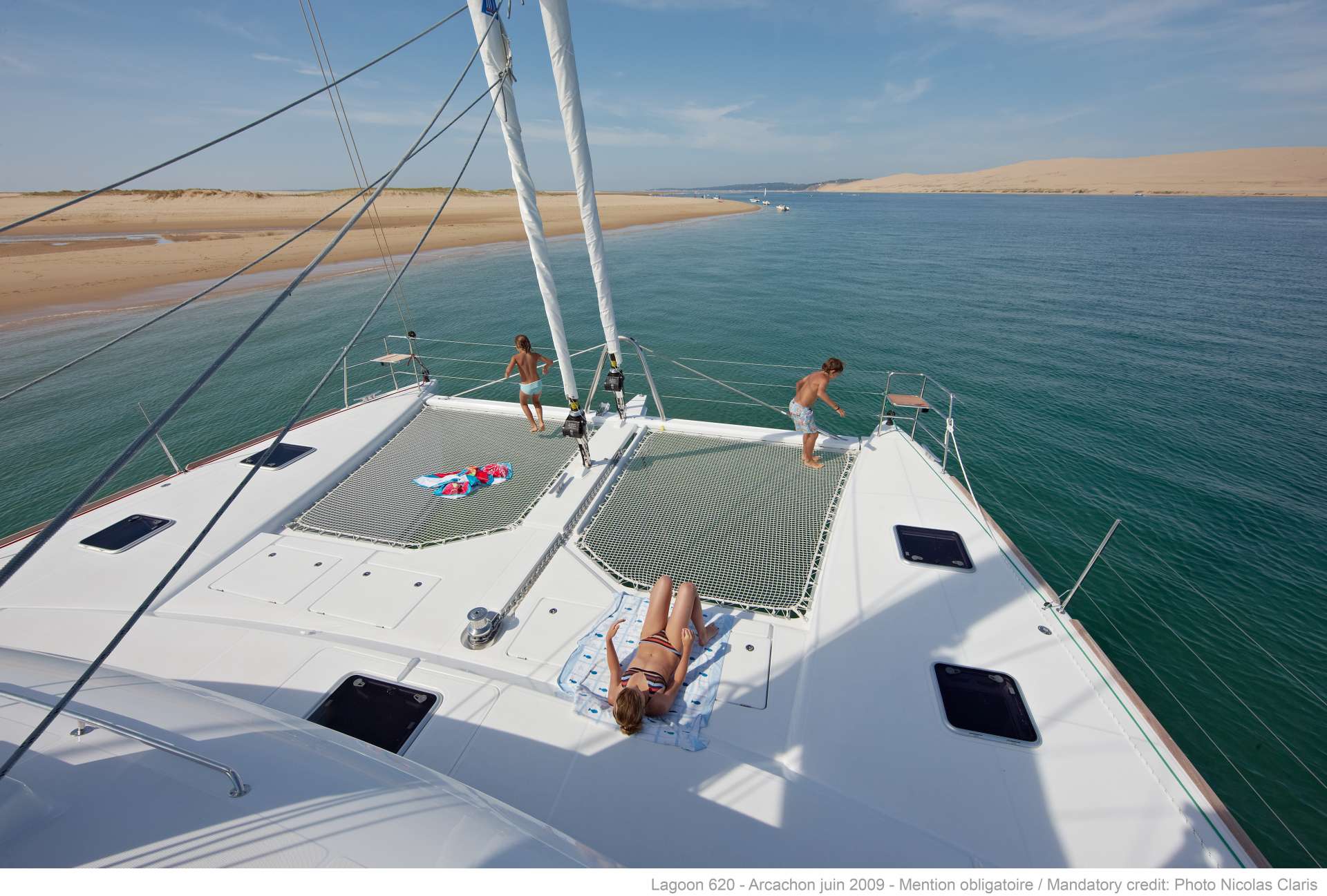 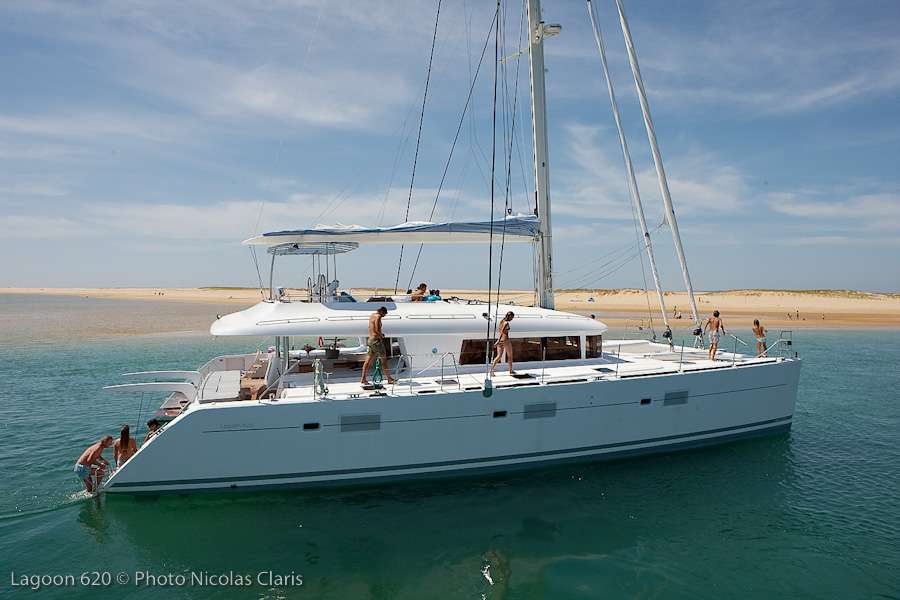 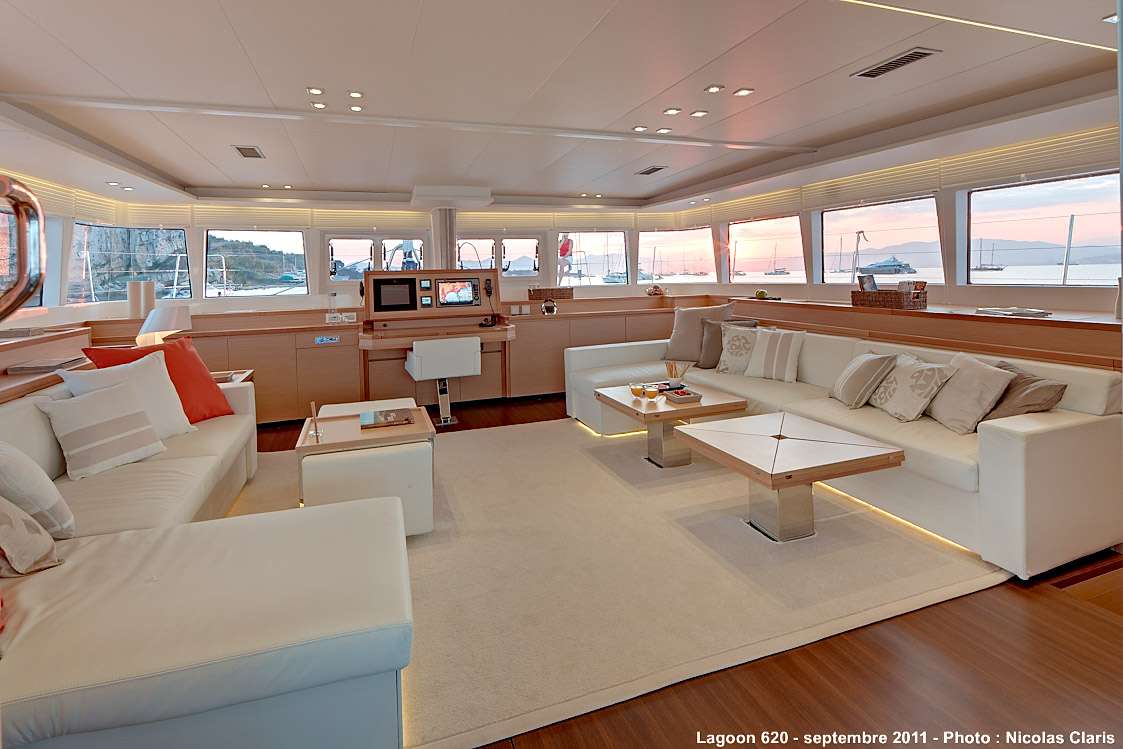 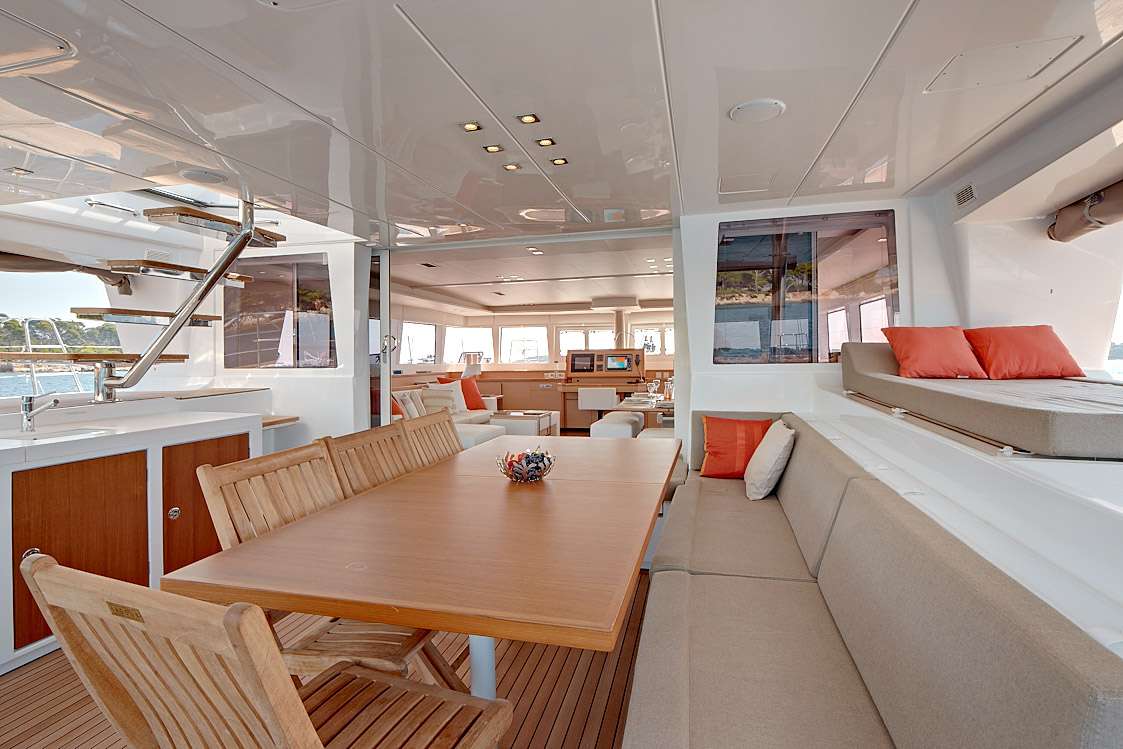 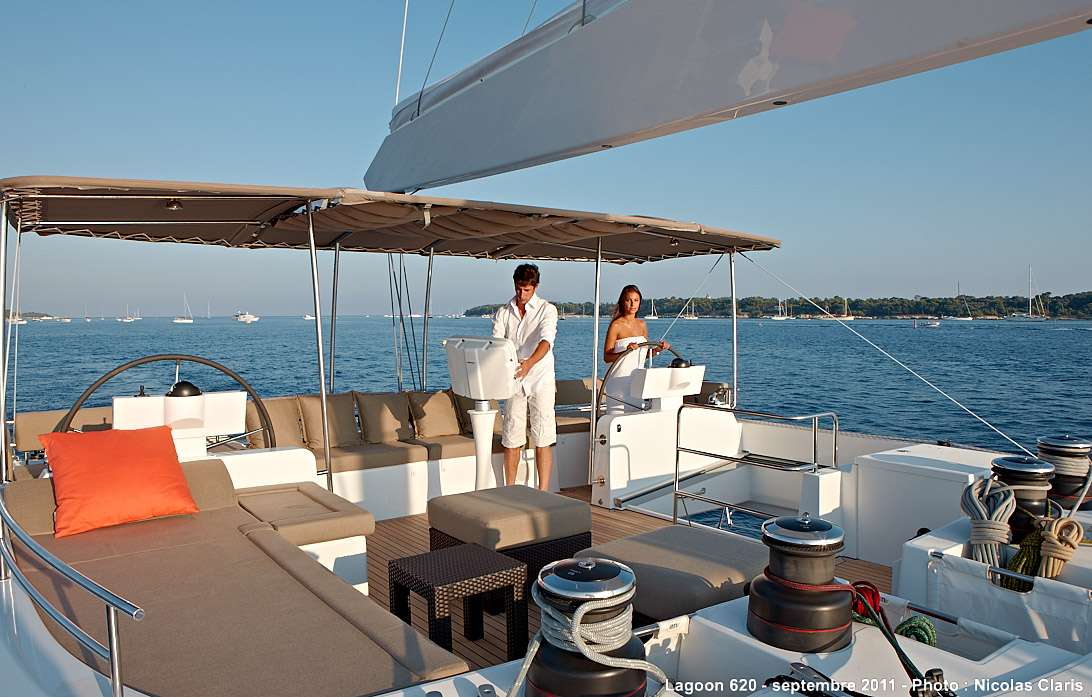 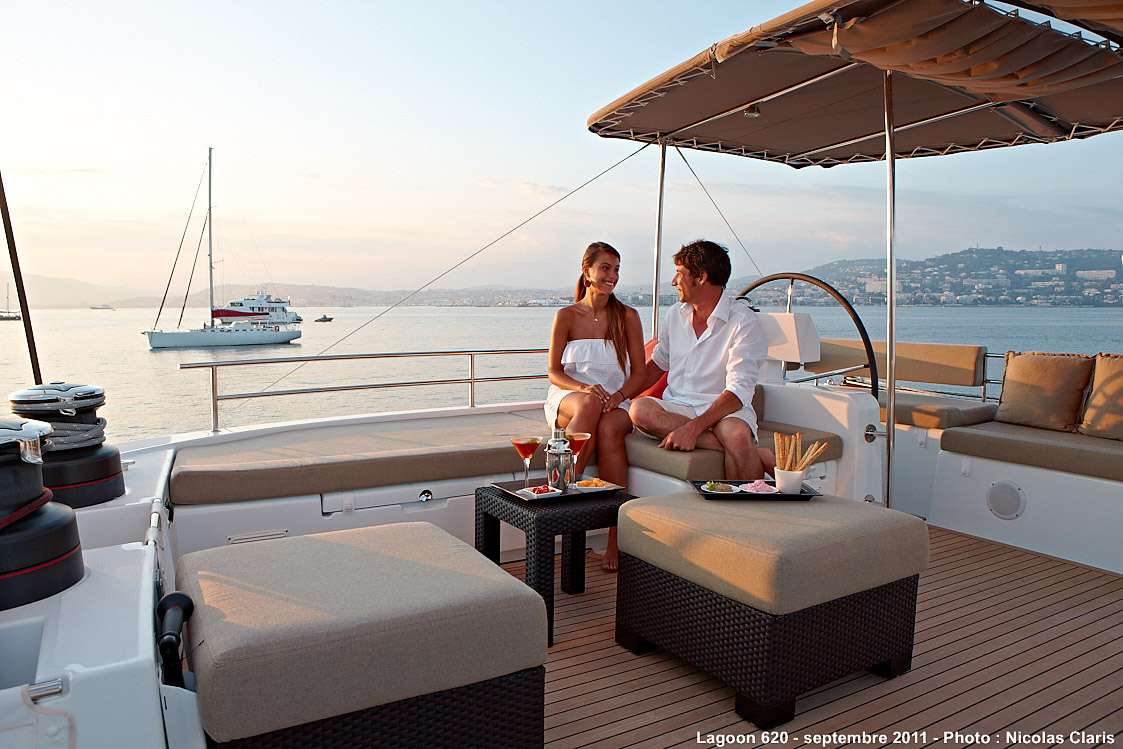 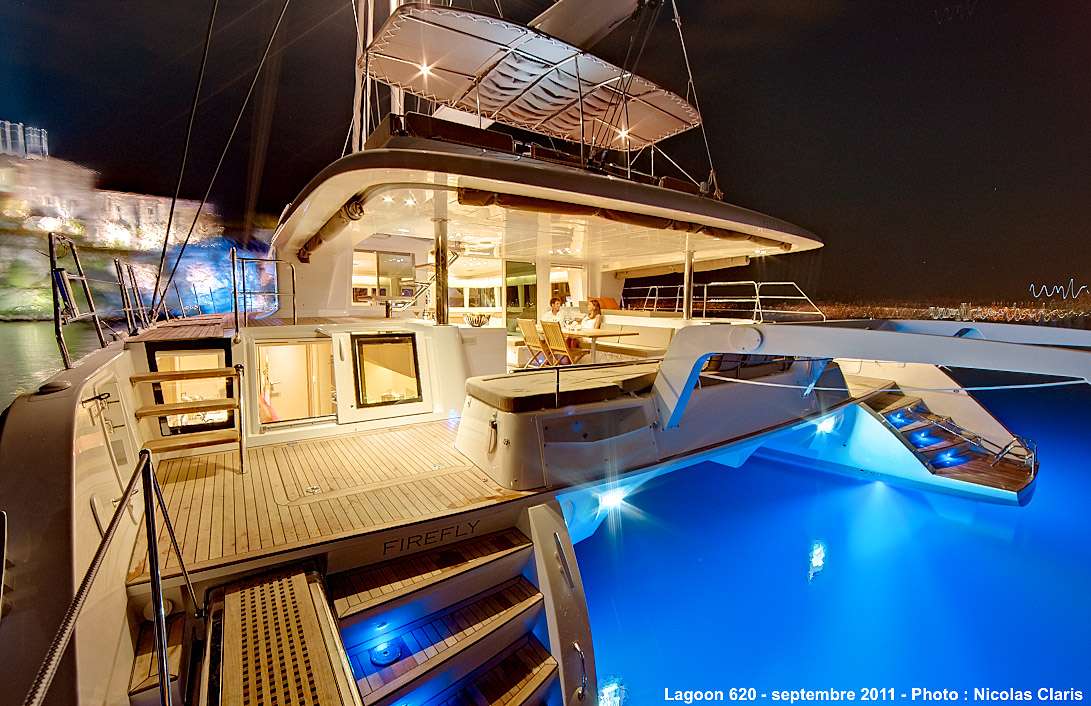 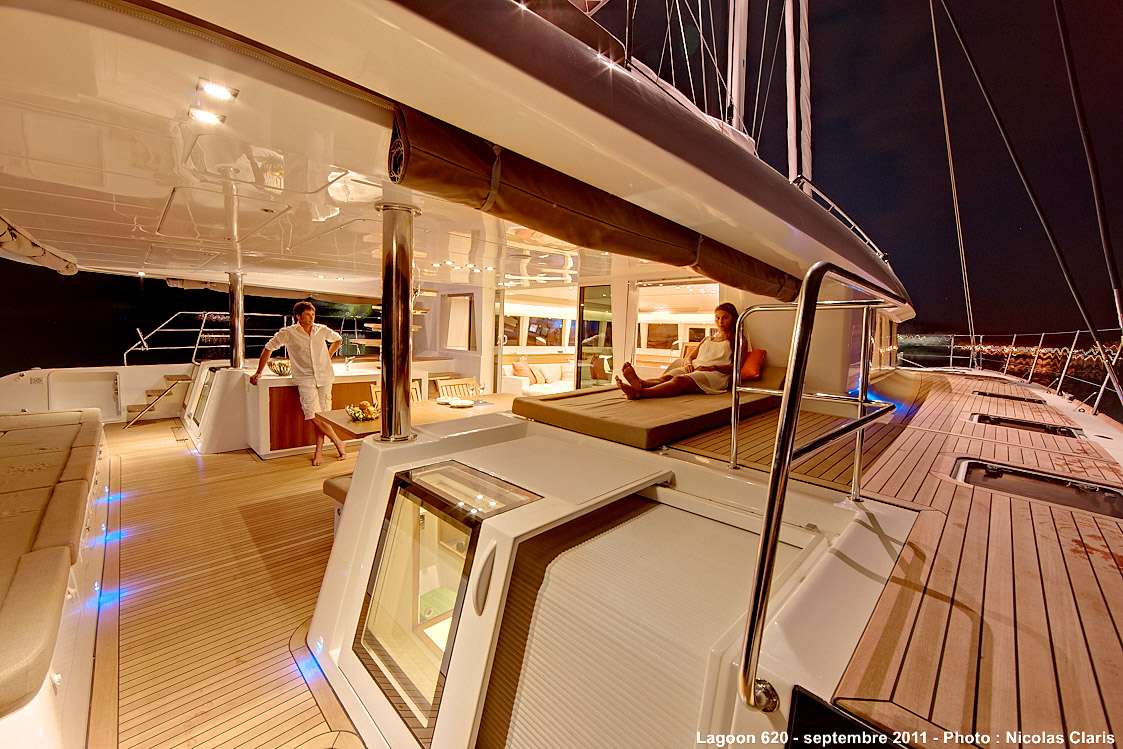 6 guests, · 3 Showers, · 3 Wash Basins
FIREFLY is a Lagoon 620 catamaran that was launched in mid-August 2011. She was the first hull featuring an all new and significantly improved interior layout combined with a more contemporary and modern furniture design developed by Nauta. The new layout has opened up more living space below deck, allowing you to enjoy your time aboard in total luxury. Firefly accommodates six guests in three cabins with queen size beds, all with en-suite bathrooms. The Master cabin has two entrances (from the deck and from the saloon), a nice sofa and a desk. All cabins enjoy a flat screen TV, CD, DVD and MP3 players. Join the warm and welcoming of a very professional crew of 3 and enjoy an experience that you will normally find on much bigger yachts and larger crews. A yacht and crew clearly devoted to fulfill all your needs and expectations! All pictures, except when specified, are Firefly's. Firefly's hull's color has been changed to grey in 2018.

The last 20 years, he worked as captain on several Monohulls and catamarans 40-70 fee among S/Y Leopard 44; S/Y Alboran Oceanis 45, S/Y Alboran Oceanis 50, S/Y Gloria, 46 feet catamaran, Fountain Pajot, S/Y Makalu, 47 feet, in Malta, in the Balearics and in Brazil
Before he worked as base manager for charter company in the Balearic Islands and had his own company of Yacht services (liferaft station, EPIRB programing service, dinghy repairs, outboard engines service, chandlery and yacht engineering).
Earlier, he was also Voluntary worker in NGO Ghana una Sonrisa; Ghana (West Africa).

Adriana has worked as Chef during the last three years aboard charter’s yachts as “EXEXEL” 24m and M/Y “DANAE” 34m.
Adriana is proficient in healthy cooking taking advantage of the local products.
She has experienced in many kinds of cuisine, Pastry Course (cocinart) ( Esah), Thai and Indian food ( Esah), Vegan food ( Esah)
Very creative and with a comprehensive understanding of food and how it works in a yacht galley, she can adapt her menus to any guest’s dietary restrictions to offer them a gourmet cruise. 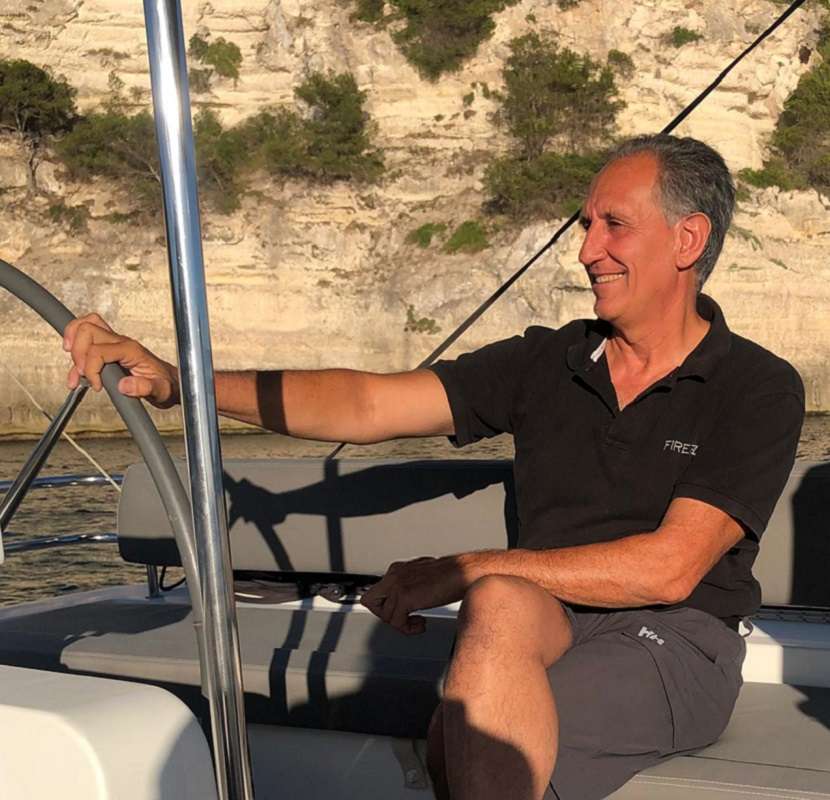 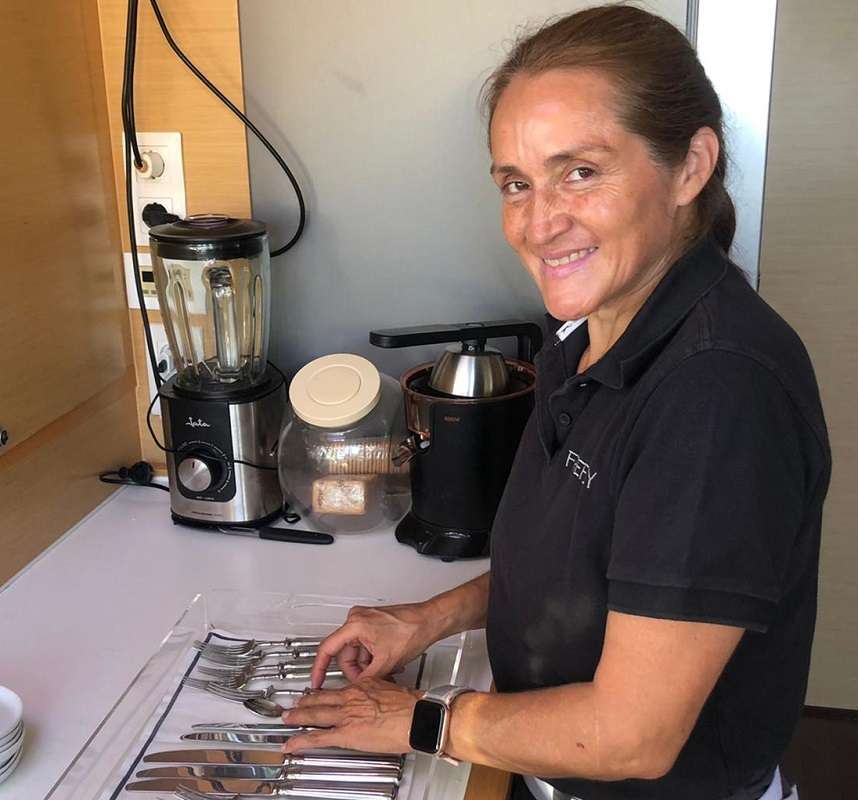 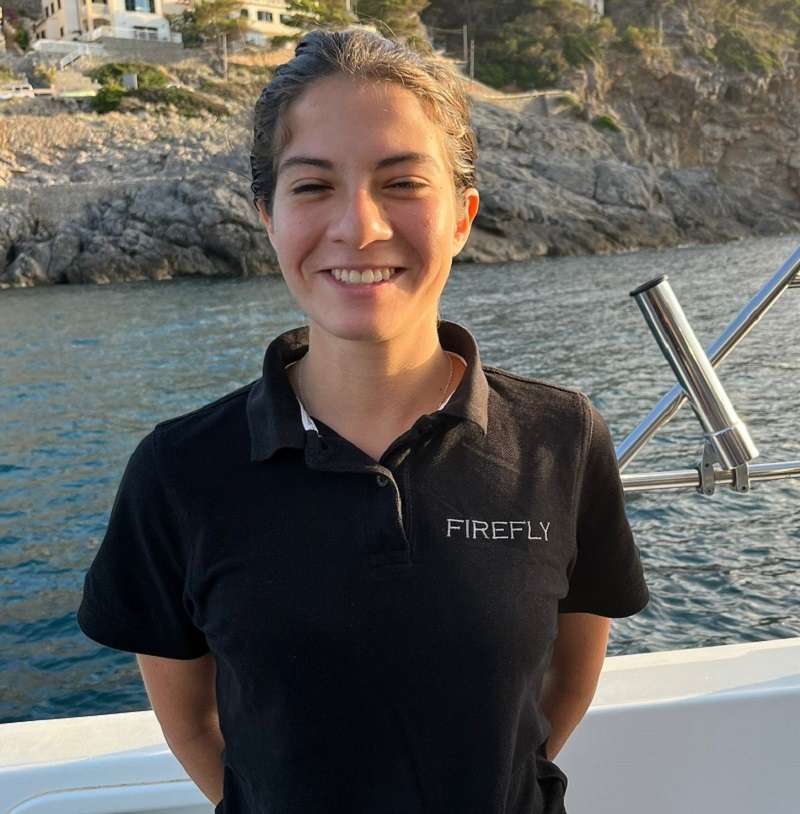 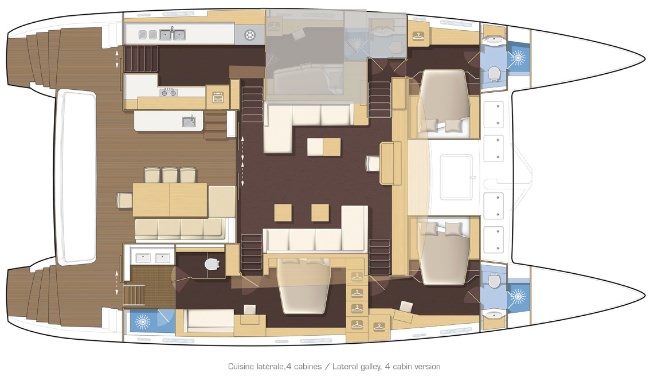